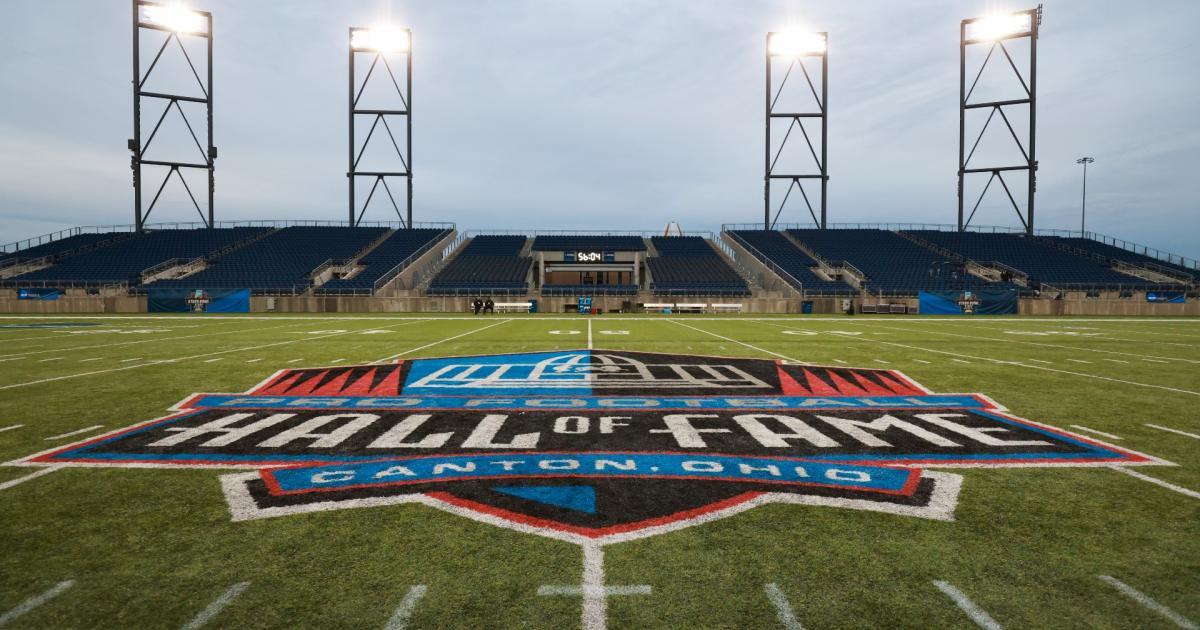 Football is supposed to be played in all conditions, right? Well, the weather in Canton, Ohio, is testing that for the NFL’s Hall of Fame game Thursday between the Raiders and Jaguars.

Fans inside Tom Benson Hall of Fame Stadium were told to seek shelter because of severe weather in the area, and both the teams were told to head off the field. The game was scheduled to begin at 8 p.m. ET.

The Sporting News is tracking the latest weather updates in Canton.

7:49 p.m. ET: This game is officially in a weather delay. According to The Weather Channel, storms are expected to continue in the area through 10 p.m. ET with “potential for heavy rainfall.”

Tonight’s #Raiders–#Jaguars game is officially in a weather delay.

7:38 p.m. ET: ProFootballFocus’ Ari Meirov reported there is “severe weather” in the area, which prompted a request for fans to seek shelter.

Oh no: “Severe weather” is approaching Canton, Ohio and fans are being told to seek shelter. #Raiders–#Jaguars might not start on time.

The 2022 Hall of Fame Game between the Jaguars and Raiders was scheduled to kick off at 8 p.m. ET before the weather delay was called. The game will be played at Tom Benson Hall of Fame Stadium, which is located next to the Pro Football Hall of Fame in Canton, Ohio. The stadium is named after former Saints owner Tom Benson.

Why did Kareem Hunt request a trade? New contract at root of Browns RB’s demand
What to Watch: Five Days at Memorial, A League of Their Own, Locke & Key
The Hundred: Memories of Shane Warne loom large over Glenn Maxwell’s debut
Brad Pitt’s Reason For Wearing a Skirt on the Red Carpet: “We’re All Going to Die”
For All Mankind’s Casey W. Johnson on Danny’s Dangerous Decisions and Their Repurcussions