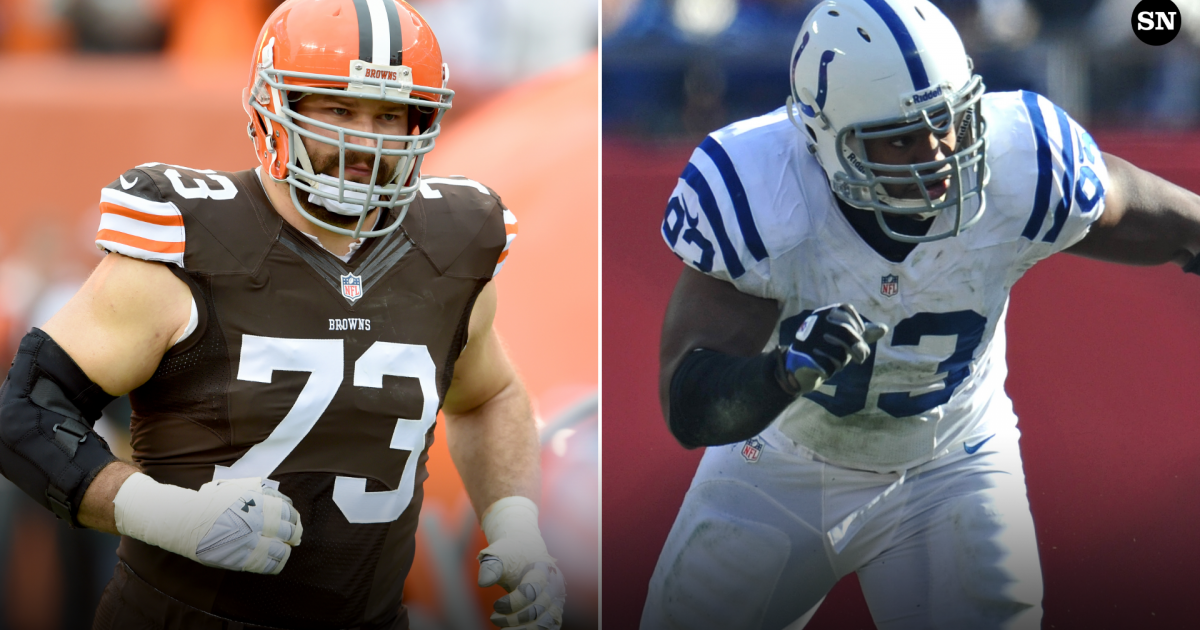 The Pro Football Hall of Fame is welcoming eight new members to its ranks on Saturday as it enshrines its Class of 2022.

The Class of 2022 may not have the same star power that the combined Class of 2020 and 2021 had, with Peyton Manning taking center stage, but there are still plenty of quality players being immortalized. This includes offensive tackle Tony Boselli, receiver Cliff Branch, safety LeRoy Butler, linebacker Sam Mills and two defensive linemen, Richard Seymour and Bryant Young.

While this year’s Hall of Fame ceremony will intrigue many, others will be asking who may be next to join the select group of NFL legends in Canton, Ohio. The Pro Football Hall of Fame hasn’t yet announced its modern-era nominees for the Class of 2023, but there are plenty of intriguing first-year candidates on the ballot, and a few of them could be chosen for enshrinement in the not-so-distant future.

Who are the NFL candidates for the Hall of Fame in 2023? Here’s a look at the best first-time candidates out there as well as the senior and contributor finalists that the NFL has already selected.

The Pro Football Hall of Fame hasn’t yet announced its modern-era finalists for the Class of 2023, but the league will face a tough task in picking its best options this year.

There are nearly a dozen first-time candidates that could draw consideration for the Pro Football Hall of Fame. Below is a run-down of some of the best and the teams that they played for during their NFL careers.

Thomas seems like an easy selection for the Hall of Fame. He was the Browns’ primary starting left tackle for 11 years and made six All-Pro teams while in Cleveland. He made a whopping 167 consecutive starts and played in an NFL-record 10,363 consecutive snaps to begin his career.

Thomas was named to the Hall of Fame’s All-2010s team, so that should give him a great chance of making it in during his first year on the ballot.

Harrison is another AFC North superstar that terrorized players like Thomas for a decade and a half. He played 15 NFL seasons — 13 and a half of which came with the Steelers — and recorded 84.5 career sacks. That ranks top-100 in NFL history.

Harrison was twice named an AP All-Pro, became the only undrafted player to win Defensive Player of the Year in 2008 and won two Super Bowls during his time with the Steelers. He was instrumental in the team’s 2009 Super Bowl win over the Cardinals, during which he returned an interception 100 yards for a score just before halftime.

There have been 63 recorded 100-yard touchdowns in NFL history (playoffs incl.), via @pfref, but never has there been one more famous than James Harrison’s 100-yard interception return for a TD in Super Bowl XLIII #Steelers pic.twitter.com/BUbjCUUFlr

Freeney is another fearsome pass rusher who will have a great chance to make it into the Hall of Fame. He ranks 26th in NFL history with 125.5 career sacks and was named an All-Pro three times during his career.

Freeney had seven seasons with at least 10 sacks and demonstrated incredible longevity. He played 16 years in the NFL and was willing to take on a role as a designated pass rusher late in his career. Freeney won only one Super Bowl with the Colts, but the dynamic pass-rushing tandem that he created with Robert Mathis helped keep Indianapolis in contention year in and year out.

It’s easy for some to forget just how good Revis was in his prime because his decline was so swift. Still, Revis was one of the best cornerbacks in the NFL for half a decade and was named an All-Pro four times. He logged 29 career interceptions and 139 pass defenses, including a whopping six and 31 in 2009.

Revis never won a Defensive Player of the Year award but he easily could have in 2009. He also has a Super Bowl win on his résumé thanks to his time with the Patriots. He will be a Hall of Famer and stands a good chance of making it in on the first ballot.

MORE: Why Jerry Jones won’t give Jimmy Johnson a spot in Cowboys’ Ring of Honor

Guards don’t get a lot of attention during their careers, but there’s no doubting that Evans was one of the best. The former fourth-round pick out of Bloomsburg in 2008 became one of the league’s best interior blockers, earning four consecutive All-Pro nods from 2009 through 2012 and making six consecutive Pro Bowls.

Evans did a good job blocking for Drew Brees during the prime of his career and spent his final season blocking for Aaron Rodgers. He was a strong, steady starter for 12 years and made 183 starts overall.

Dumervil wasn’t quite as consistent as some of the other players on this list, but he still has 105.5 career sacks and recorded 17-sack seasons with two different teams (the Broncos and Ravens). Those seasons came five years apart in 2009 and 2014.

Dumervil was a two-time All-Pro and played 11 years in the NFL. The one blemish on his résumé is that he never won a Super Bowl. Still, he will draw consideration from the Pro Football Hall of Fame.

Any time a player records 2,000-plus rushing yards in a season, they get consideration for the Hall of Fame. Johnson is one of eight players in NFL history to achieve this feat and of the six Hall of Fame-eligible backs to do it, five have been enshrined. Jamal Lewis is the lone exception.

Of course, Lewis’ lack of enshrinement may be a harbinger of bad news for Johnson, who failed to replicate the high-end success of his 2,000-yard season during which he averaged 5.6 yards per carry. He had four more 1,000-yard seasons after that but made just one Pro Bowl and only earned the one All-Pro nod in 2009.

Johnson’s 2009 season was certainly Hall of Fame worthy, but it’s just a matter of whether the rest of his career was. He finished it with 9,651 rushing yards (35th in NFL history) and 55 rushing touchdowns, so that may not quite be enough to get it done.

I know, I know. If Johnson is going to have a hard time getting into the Hall of Fame, then Forte probably won’t get in either. That’s certainly true. However, Forte’s overall numbers are similar to those of Johnson as you can see below.

So, if you’re considering Johnson, you have to consider Forte, especially since the latter is a better receiver. Still, in all likelihood, neither will get into the Hall of Fame — at least not on the first ballot in 2023.

Chancellor was a key part of the Seahawks’ “Legion of Boom” and helped the team take home a victory over the Broncos in Super Bowl 48. The hard-hitting safety racked up 607 tackles, 12 interceptions, 44 pass defenses and nine forced fumbles during his eight-year career.

Chancellor’s career was cut short by a neck injury, so his lacking longevity and zero first-team All-Pro nods may keep him out of the Hall of Fame.

Palmer put together a solid career playing for three different franchises. He had a 92-88-1 record, threw for 46,247 yards and recorded 294 touchdowns compared to 187 interceptions.

However, Palmer never was an All-Pro and never won a Super Bowl during his career. His best season came in 2015 when he finished as a runner-up in the MVP voting after recording 4,671 yards, 35 touchdowns and 11 interceptions while leading the Cardinals to a 13-3 record.

Overall, Palmer was a solid quarterback, but that shouldn’t be enough to get him into the Hall of Fame.

Lechler played 18 years in the NFL and was one of the best punters the league has ever seen. He made six All-Pro teams and led the NFL in yards per punt five times during his career. That included the 2009 season when he averaged a whopping 51.1 yards per punt.

Lechler is definitely one of the best punters ever and averaged under 45.9 yards per punt in just one season. The thing working against him here is that Ray Guy is the only pure punter in the Hall of Fame to date. It’s unclear whether the Hall of Fame would admit Lechler to give him some company.

The NFL hasn’t yet announced its modern-era finalists, but it has done so for its senior players and contributors. Below is a look at each of the known finalists for enshrinement into the Pro Football Hall of Fame in 2023.