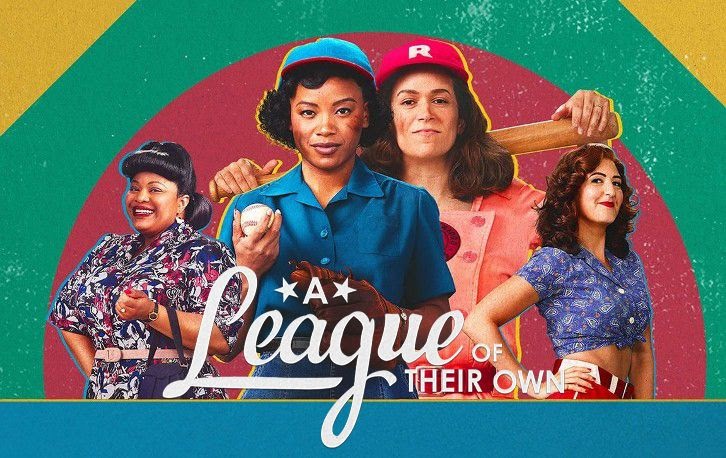 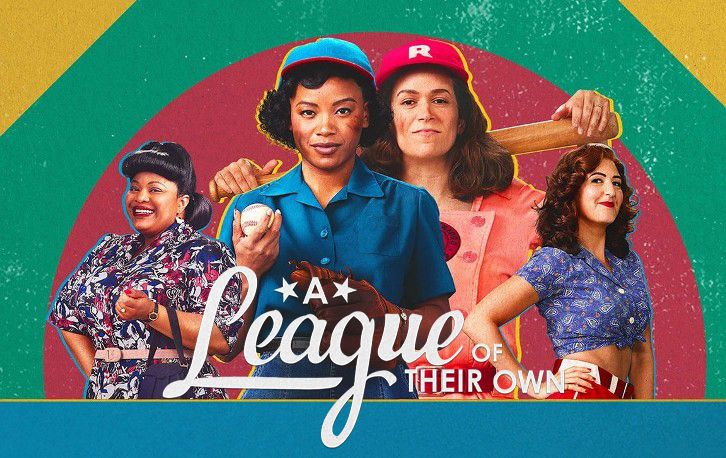 Amazon’s television adaptation of the 1992 film A League of Their Own smashes it out of the park. Created by Will Graham and Abbi Jacobson, this series is an excellent extension of the world of women’s baseball in the 1940s. The highs, the lows, the secrets and the comradery all tie the lives of these women together. The show is well-paced throughout its eight episodes, not a single filler episode to be seen as the Rockford Peaches battle to become top of the All-American Girls Professional Baseball League.

We follow two leads, Carson Shaw (Abbi Jacobson) and Max Chapman (Chanté Adams) as we see their markedly different worlds. Their stories intertwine nicely as the two become friends. Carson is a married woman who takes off to play baseball while her soldier husband Charlie is overseas. Carson is awkward, a little shy and somewhat nervous but she really comes into her own throughout the season and it was a joy to watch her find her feet and her strength. Despite being an excellent pitcher, Max is denied a place in the Rockford Peaches team simply because she is a Black woman. She battles twice as hard to be seen, heard and to be allowed to play for other teams, not just the Peaches. Her journey is hard, but she more than earns her rewards. 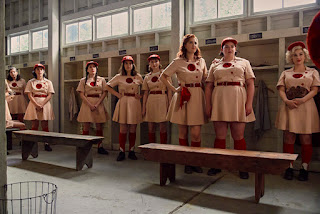 The Rockford Peaches are comprised of a colorful cast of characters: Along with Carson, we have Greta Gill (D’Arcy Carden), a mysterious free spirit who shows up to tryouts with her best friend Jo DeLuca (Melanie Field), known for her impressive batting skills. Maybelle Fox (Molly Ephraim) is a vibrant blonde who plays center field and is also named after real-life icon Maybelle Blair. Jess McCready (Kelly McCormack) is a bluntly honest Canadian who often gives a needed reality check. Shirley Cohen (Kate Berlant) is a shy bookworm who is a wizard with numbers. Lightning-fast pitcher Lupe García (Roberta Colindrez) is tough and refuses to let anyone tell her what to do. Last but certainly not least is little Esti González (Priscilla Delgado), who is faster than just about everyone. The team live together under the watchful eye of chaperone Beverly (Dale Dickey) who becomes very protective of her girls. 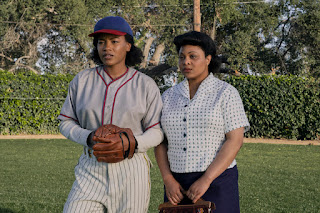 Max’s world is very different. She fights for her skills to be appreciated and even then, it isn’t enough. She sacrifices her family life and the approval of her mom Toni (Saidah Arrika Ekulona) to work outside the family salon for a job at the factory and what comes with it: A chance at playing for the factory baseball team. I adore Max’s best friend Clance (Gbemisola Ikumelo), who is supportive of Max even when everyone else tries to discourage her from following her baseball dreams. Clance has a bubbly, positive attitude and a passion for comics and art. When Max discovers a secret her mother has kept from her all her life, Clance is the one who accepts and encourages Max when she is scared and doubting herself. I also really enjoyed the scenes between Carson and Max, as they learned about each other’s worlds and realized that in some ways, they weren’t so different after all. I’m very excited to see what Max’s life is like in season 2, should the show be renewed.

Through the eyes of many women, we see a painfully realistic depiction of queerness in the 40s, the desperation to hide their love and what happens when it’s discovered. A guest appearance by Rosie O’Donnell (who appeared in the original film) as lesbian bartender Vi comes into play during these scenes. Carson’s relationship with fellow teammate Greta is a highlight of the show and it’s not exactly smooth sailing for the pair, but their moments together are magic. I really like that the show expands on this area as it was an element that was missing in the film.

Film fans will notice many nods throughout the show, from the team bus to the song and the famous line “There’s no crying in baseball!” I appreciate the dedication creators Graham & Jacobson have put in to making this show authentic, honoring the film but extending the universe to include more Black and queer women. I wish Amazon had released this show weekly to give it more of a chance at building a fanbase and buzz, but I hope it gets the recognition and viewership it deserves. I need a second season! If shows featuring strong women, found family, queer relationships and 1940s baseball sounds like fun to you, this is definitely one to watch!

All eight episodes of A League of Their Own are available now on Amazon Prime Video.