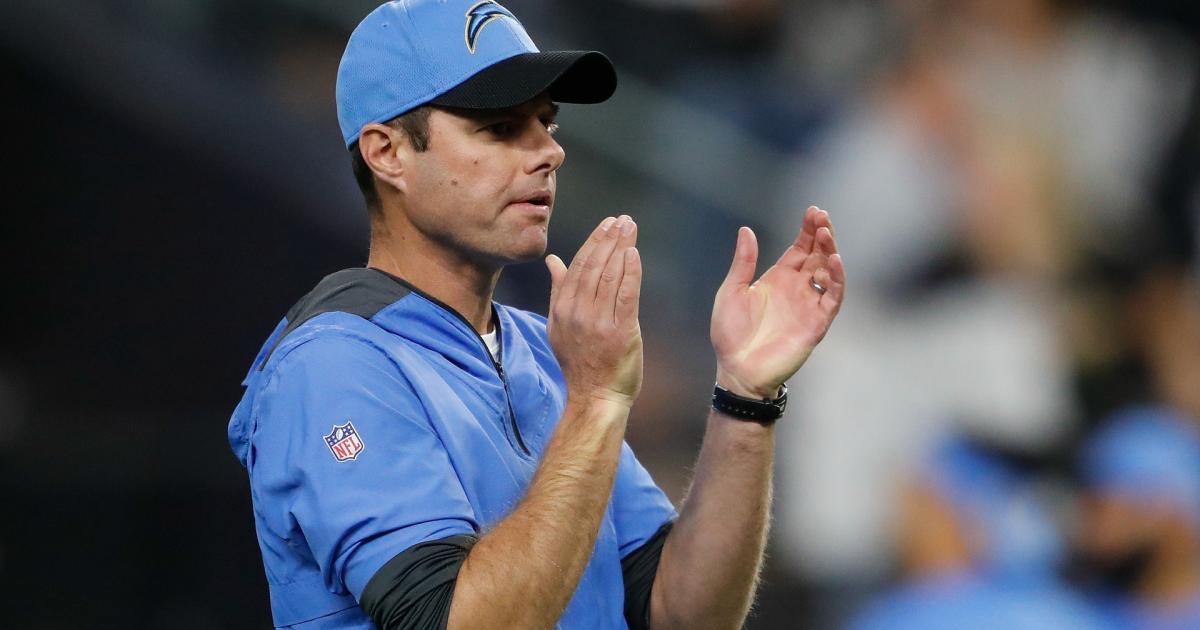 Brandon Staley was a first-year head coach for the Chargers in 2021, but that didn’t stop him from being one of the most aggressive fourth-down play-callers in the NFL.

Staley’s Chargers went for it on fourth down 34 times last season. That was tied for the third-most in the NFL behind only the Lions (41) and Bears (36).

However, Staley’s aggressiveness is particularly notable because the Chargers were the only team with a winning record to attempt to convert at least 30 fourth downs last season.

THE CHARGERS LOVE 4TH DOWN pic.twitter.com/yF5jv6IPws

And some of his gambles proved costly, as some failures came deep in his own zone or at times when other coaches would have punted and let their defense try to set the offense up for success.

The @Raiders make a 4th down stop at the LAC 18! #RaiderNation

Staley was often questioned and criticized because of this, but that’s something that he’s willing to live with, as he explained in a recent interview with The Athletic.

“There has to be a fearlessness to play in this game, and what I wanted to establish was that,” Staley said. “The history of this team when I got here, it was like someone’s going to get hurt, they’re going to blow a lead, something catastrophic is going to happen. There’s this ‘Chargering’ thing. There’s all of these external factors that I know in my life, they’re just all excuses. They’re just all excuses.

Though Staley’s strategy proved costly at times in 2021, the Chargers were still one of the best fourth-down teams in the league. They converted 64.7 percent of their attempts, which ranked fourth-best in the NFL and second among teams with more than 20 fourth-down attempts.

That alone would be enough to convince Staley to continue on with his plan, but he believes there’s another residual benefit from it. He thinks going for it on fourth down has put pressure on quarterback Justin Herbert which has, in turn, improve his confidence.

“The first person that I was thinking about was Justin. I wasn’t thinking about anything or anybody else,” Staley said. “For me, I came into this and I said, I know I have a special quarterback. I also know part of my responsibility is to train him. Part of my responsibility is to get him ready. And I also know that if I take the ball out of his hands, I know what that’s going to do, too.

For him to grow and be as good as he’s going to be, he needs to be in these pressure-packed moments. Whether he throws it or not, it’s not the point. It’s that the ball is in his hands, it’s in our hands as a team, and that is where it all started for me.

Once again, it’s hard to argue with Staley’s results. Herbert enjoyed a strong second season and he was an elite passer on fourth down. He completed 15 of 22 passes for a league-high 197 yards and two touchdowns. His passer rating of 126.5 in those situations ranked fourth among NFL quarterbacks with at least 10 fourth-down pass attempts.

Certainly, Staley’s plans come with some warts. Chargers fans saw that first-hand when the team failed to convert two fourth downs in their own territory early in a blowout 34-6 loss against the Ravens in Week 6.

But overall, it’s still hard to argue with the numbers that the team is producing. And that’s why Staley seems hell-bent on carrying over his aggressive play calling into his second season.

House of the Dragon Episode 7 Trailer: The Knives Are Out as a Dragon Goes Missing!
Canada World Cup soccer jersey 2022: Why Les Rouges will wear old kits in Qatar due to unorthodox Nike deal
Four things we learned from the first weekend of NHL preseason games
Riverdale’s Ryan Grantham Sentenced to Life in Prison for Killing His Mom
Don’t Worry Darling