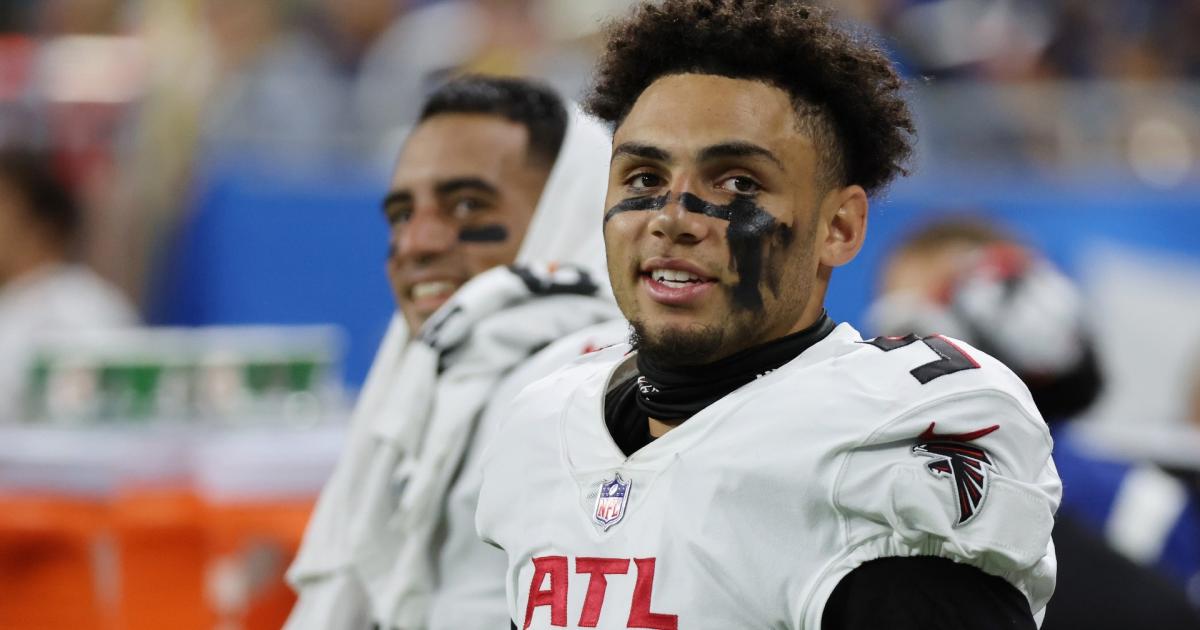 The Falcons got a brief glimpse of their future at receiver when Drake London caught a 24-yard pass from Marcus Mariota during Atlanta’s first preseason game.

However, they also got a scare, as London left the field after that play grabbing at his knee. He was ruled out for the rest of the game as a result and now, it looks like he will miss more time as a result of the injury.

Falcons coach Arthur Smith said that London would “probably not” participate in Atlanta’s joint practices against the Jets ahead of preseason Week 2. That will also probably cost London the game against New York on Aug. 22.

The good news is that Smith reiterated that the Falcons aren’t that concerned about London’s injury being a long-term problem.

“We got different guys on different return-to-play plans,” Smith said, per ESPN. “Nothing that we’re really concerned about long term. We’ll be smart. He’s had a really good training camp and like the rest of these guys, some guys we held out today, we’re hoping to get everybody back, healthy and ready to roll when the regular season rolls around.”

Smith didn’t announce whether London would play again in the preseason. Instead, he said that the team would evaluate the rookie’s condition “week-to-week” and explained that the main focus was on getting London healthy ahead of the season.

“We’ll see. We’ll assess it week-to-week and we’ll make the best decision,” Smith said. “He’s had a really good camp. He got his feet wet and I’m pleased with him. But like all our guys, the No. 1 decision we make is that the health and safety of the player and how it affects him and the team and that’s where we start.”

London was the No. 8 overall pick in the 2022 NFL Draft and is expected to be the Falcons’ No. 1 receiver this season with Calvin Ridley suspended. The USC product racked up 88 catches for 1,084 yards and seven touchdowns in only eight games for the Trojans last year before an ankle fracture knocked him out in October.

If London misses time during the 2022 NFL preseason, the team will get longer looks at the likes of Bryan Edwards, Olamide Zaccheaus and Damiere Byrd as it tries to flesh out the pecking order in its receiver room.

Still, it doesn’t seem like London is yet in danger of missing any regular-season time. He should be ready to go in Week 1 barring any unforeseen setbacks over the next few weeks.