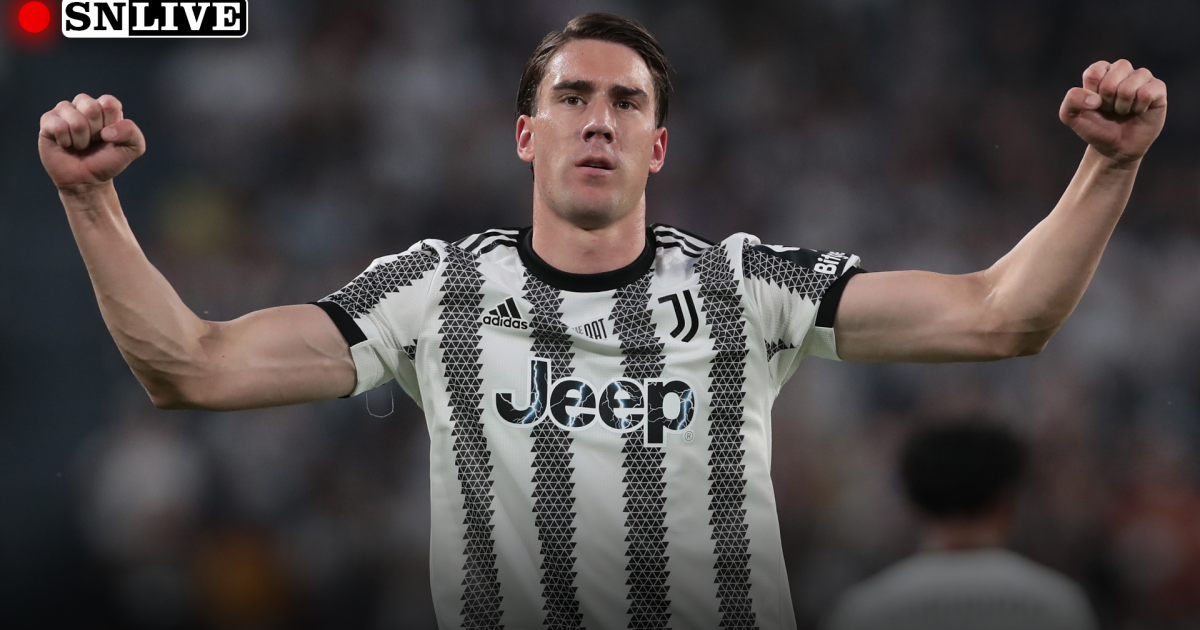 An injury-stricken Juventus side get their 2022/23 Serie A season underway with a visit from Sassuolo in a Monday meeting.

The Old Lady finished a disappointing fourth last season, needing a second-half charge just to secure a Champions League place. Having gone two seasons without a league title, the one-time Serie A frontrunners are hoping to rekindle the dominance of the previous decade. Juve finished in fourth last season, 20 points ahead of 11th-placed Sassuolo.

Monday’s hosts will have to get things started without a host of key players, including midfielder Paul Pogba who is dealing with a knee injury picked up in pre-season. Goalkeeper Wojciech Szczesny is also missing for the season-opener, as is Frenchman Adrien Rabiot, leaving American midfielder Weston McKennie hoping to cement a place in midfield.

Juve are also hoping to avenge last season’s result in this fixture, as Sassuolo bagged a stoppage-time winner to stun the hosts. It was the first-ever league win for Sassuolo in Turin against Juve.

The Sporting News will be following the Juventus-Sassuolo match live and providing score updates, commentary and highlights as they happen.

60 mins to kick: Lineups are in, and McKennie starts in midfield for Juventus alongside an otherwise expected lineup. Dusan Vlahovic is also fit enough to start, with new summer signing Bremer set to make his Serie A debut at center-back. Angel Di Maria also makes his first appearance in the Italian top flight after joining from PSG this summer.

For Sassuolo, there’s a Serie A debut for Kristian Thorstvedt but Agustin Alvarez will have to wait for his after only being named to the bench.

75 mins to kick: American midfielder Weston McKennie is expected to be available for today’s match despite dislocation his shoulder just weeks ago in pre-season. The USMNT star showed off his personality in a sit-down with U.S. broadcaster CBS.

120 mins to kick: With Juventus hoping to push back up the table and challenge for the title once again, the Old Lady will look to channel the incredible 7-0 home win over Sassuolo from February, 2018 when Gonzalo Higuain scored a hat-trick and Sami Khedira added another two.

The most significant opening-day injury for Juventus is to returning midfielder Paul Pogba who suffered a meniscus injury and will be out at least a month as he takes a no-surgery approach to the knee problem.

Also out is goalkeeper Wojciech Szczesny who will miss the first few weeks with an adductor injury. That leaves Mattia Perin as the first-choice shot-stopper after the 29-year-old joined from Genoa last summer.

Moise Kean and Adrien Rabiot both sit out this game as they will serve yellow card suspensions carried over from the end of last season. Federico Chiesa is still missing with his ACL injury, but is expected back sometime in early October. Weston McKennie is the go-to in midfield with both Pogba and Rabiot missing, with the American starting despite his dislocated shoulder during preseason initially called for a four-week absence.

Sassuolo will look to reorganize the attack after the transfer of Gianluca Scamacca to Premier League side West Ham. That task is made tougher in the short-term by a foot injury to Hamed Traore.

New arrivals Agustin Alvarez and Kristian Thorstvedt are both in the squad, with Thorstvedt set for his Serie A debut after being named to the starting lineup. Gregoire Drefel gets the nod up front with Alvarez waiting in the wings.

How to watch Juventus vs. Sassuolo

UK: Monday’s match between Juventus and Sassuolo from Allianz Stadium in Turin, Italy is televised and streamed by BT Sport in the UK.

USA: The Serie A clash is available in the United States exclusively on CBS’s subscription-based streaming service Paramount+.

Canada: All Serie A matches are streamed by fuboTV Canada, which has the exclusive rights to the Italian top-flight.

Australia: In Australia, the Serie A rights are held by beIN Sports, with the Juventus vs. Sassuolo match available on beIN Sports 3 and streamed via beIN Sports Connect and Kayo Sports.

Sassuolo have a horrid record historically against Juventus, but recent results suggest a close match in Turin today.

Overall, Sassuolo have won just twice in 18 league meetings, but one of those was last year’s visit to Allianz Stadium. Additionally, Juve’s poor pre-season saw them cough up four goals to Atletico Madrid, two to Real Madrid, and two to Barcelona. The injuries to goalkeeper Wojciech Szczesny and midfielder Paul Pogba should also give the visitors a boost.

If you don’t want to back Sassuolo directly, you can also back goals. Both sides have found the back of the net in each of the last seven meetings across all competitions, with Juventus failing to keep a clean sheet in this matchup since their 3-0 win in February 2019.