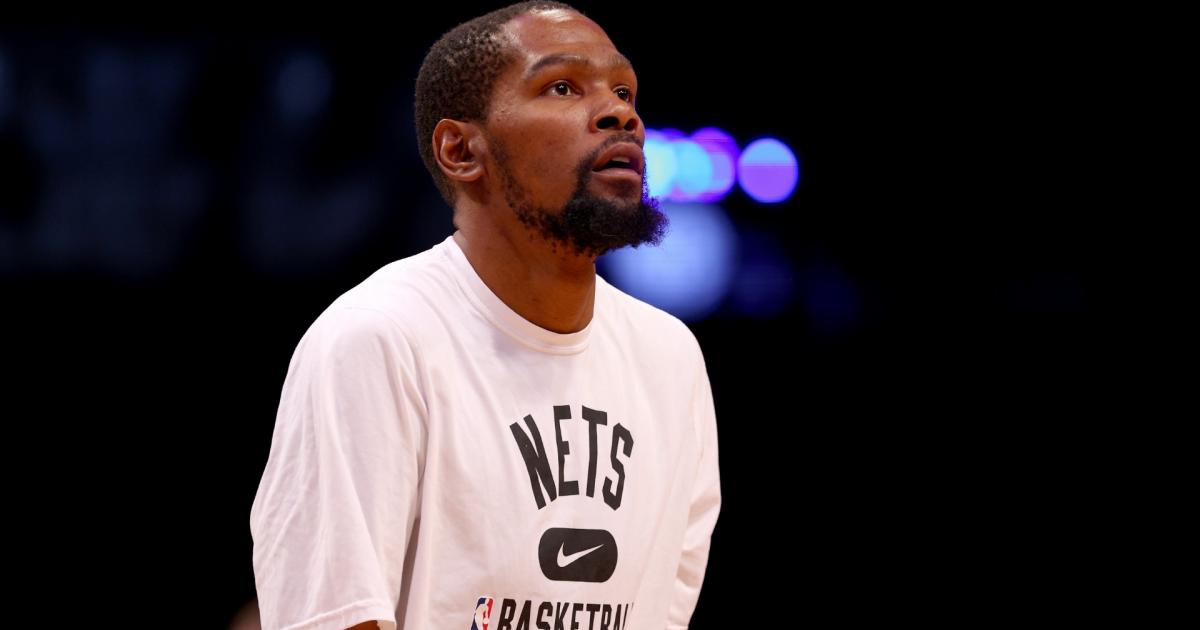 In what has been the most covered story of the NBA offseason, the Kevin Durant trade drama with the Nets only continues to get more bizarre by the day.

On Monday, NBA insider Marc Stein sent out an updated report on Durant, which caused a stir on social media.

“During summer league in Las Vegas, one of the most well-connected team executives I speak to regularly insisted to me that, based on what he was hearing, Kevin Durant was more apt to retire than play again for the Brooklyn Nets,” Stein wrote in his Substack.

Stein quickly rebutted his own report, saying, “I told the tipster that I simply couldn’t believe that. I was a loyal subscriber to the theory that Durant The Hooper loves playing basketball way too much to adopt such a stance,” but, of course, that was left out of the viral spread of news amongst many different outlets.

As a result, Durant, himself, felt the need to address the rumor and squash any idea of early retirement.

I know most people will believe unnamed sources over me but if it’s anyone out there that’ll listen, I don’t plan on retiring anytime soon. Shit is comical at this point.

Durant’s four-year, $198 million deal he signed with the Nets in 2019 is about to kick in this upcoming season, meaning he’s under contract until 2025-26.

Factor in Durant’s love for the game and the fact that he’s only 33 years old along with that, and it was already nearly impossible to believe the retirement rumor, no matter how badly he wants out of Brooklyn.

This moment added another odd curveball to the Durant-Nets saga, piggybacking off of last week’s drama between the All-Star forward and team owner Joe Tsai.

The Athletic’s Shams Charania reported that Durant had a meeting with the Nets owner, where he gave Tsai an ultimatum by doubling down on his trade request.

“(Durant) reiterated his trade request and informed Tsai that Tsai needs to choose between Durant or the pairing of general manager Sean Marks and head coach Steve Nash,” according to Charania.

That led to a rare moment where Tsai took to Twitter to address the report — something you don’t typically see from an NBA owner — as he showed his support for GM Marks and head coach Nash.

Our front office and coaching staff have my support. We will make decisions in the best interest of the Brooklyn Nets.

In a span of one week, we’ve had both a star player and the team owner address reports and rumors over Twitter, making this one of the most unique offseason standoffs in recent memory.

With training camp coming down the pipeline in early September, both sides are running out of time to try and get a deal done before this officially bleeds in to the 2022-23 season.