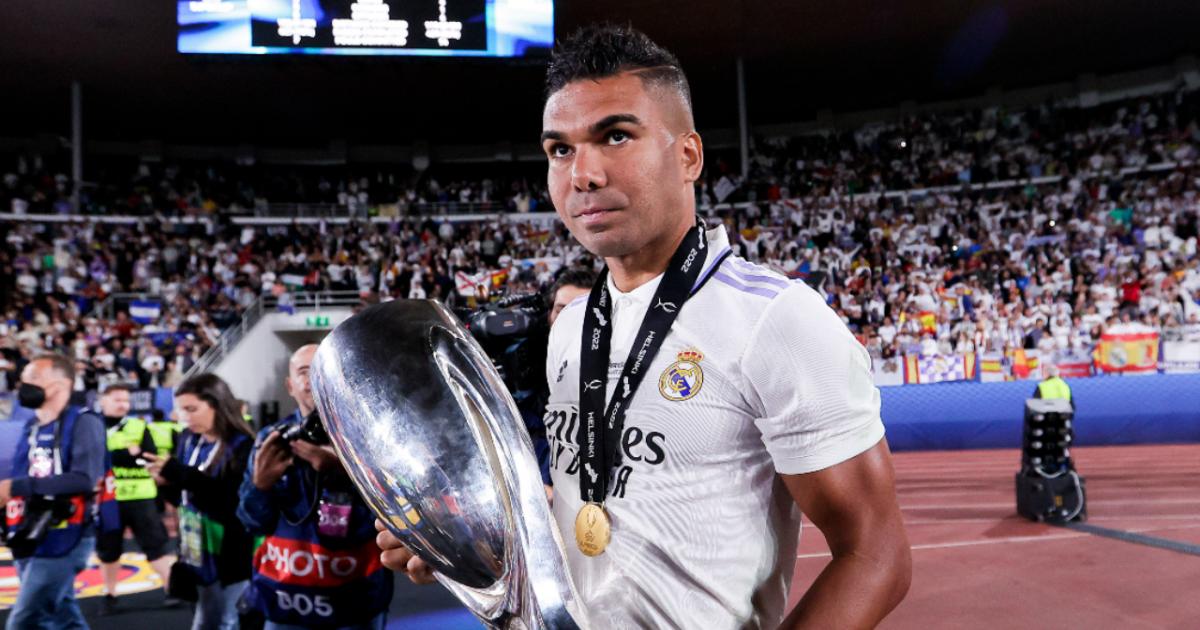 Manchester United are poised to pull off the shock signing of Real Madrid midfielder Casemiro.

The Red Devils have struggled to get deals done this summer and have been left scrambling following a disastrous start to the 2022-23 season which sees them bottom of the Premier League for the first time in 30 years.

New manager Erik ten Hag has demanded the club bring in more players if he is to turn the tide at Old Trafford.

While linked to several names this summer, the reportedly impending transfer of Casemiro comes as a slight surprise and follows on from troubles with other targets.

Why are Manchester United signing Casemiro?

Manchester United have always prioritised the signing of a new central midfielder this window.

After failing to sign both Frenkie de Jong and Adrien Rabiot, the Red Devils have turned to Casemiro to strengthen their presence in the middle of the park.

The 30-year-old has won five UEFA Champions League titles with Real Madrid and has been a first-team regular since 2015.

The Brazil international was a firm favourite under former manager Zinedine Zidane and plays predominantly as a defensive midfielder.

Casemiro’s strength on and off the ball looms as a much-needed asset for Ten Hag’s side, who were left exposed in a recent 4-0 loss to Brentford.

Fellow Brazilian Fred could be replaced by Casemiro in Manchester United’s starting team this season or they may be deployed in tandem.

Casemiro’s reported €60 million (£50.7m/$60.5m) price tag puts plenty of pressure on both club and player to prove the deal was worthwhile.

But with the summer transfer window closing in less than a fortnight and the Red Devils’ season starting so badly, Ten Hag couldn’t afford to waste any more time on unsuccessful player negotiations.

A Real Madrid regular for the past seven years, Casemiro’s departure comes as quite the surprise.

The Brazilian played 48 games for Carlo Ancelotti’s side last season and even played the full 90 minutes in their recent Super Cup victory.

Casemiro was notably only used as a late substitute in Real’s La Liga opener on August 14, however, as the club seemingly prepared for his exit.

Ancelotti was reportedly keen to keep the 30-year-old but respected it was ultimately the player’s call, with Casemiro set to nearly double his current salary and secure longer-term stability at Old Trafford.

Contracted to Real Madrid until 2025, Manchester United had to offer the Spanish giants big money to force through the transfer.

The Red Devils’ €60m offer was 10 times more than what Los Blancos paid for Casemiro in 2013 and presents a huge sum for a 30-year-old.