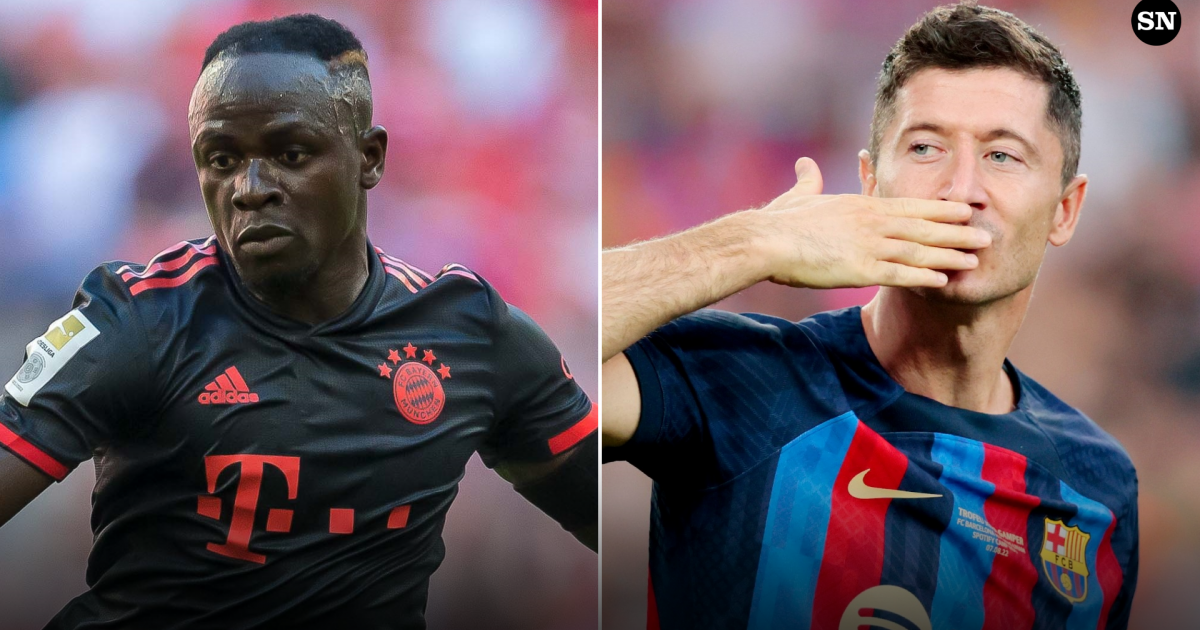 The 34-year-old moved to the Camp Nou this summer after forcing his way out of the German side. While Bayern sporting director Hasan Salihamidzic asked fans not to boo Lewandowski, as he “won everything with us,” it will be interesting to see how the Bavarian faithful react after the player’s contentious departure.

Lewandowski is off to a roaring start in Bundesliga play, and bagged a hat-trick in his Champions League debut with the club against Viktoria Plzen last week.

His Bayern replacement Sadio Mane, meanwhile, helped spur his new side to a Group C victory over Inter Milan last week, but he has been unable to prevent the side from slumping to three straight Bundesliga draws in recent weeks. Mane played limited minutes in the 2-2 draw against Stuttgart over the weekend, and will be motivated to down his predecessor.

UK: The Champions League group stage match between Bayern Munich and Barcelona will be televised on BT Sport 4, and can be streamed on both the BT Sport app and website.

USA: In the United States, the Group C match will be televised on Spanish language channels Univision and TUDN, which are available to stream via fuboTV. Additionally, the match will be streamed in English on CBS’s subscription-based platform Paramount+ and on the Univision Spanish-language streaming service ViX+.

Canada: Every Champions League match all season long is streamed via DAZN.

Australia: Every Champions League match all season long is streamed via Stan Sport.

Bayern striker Sadio Mane was rested against Stuttgart, coming off the bench for a nine-minute cameo at the end of the disappointing draw. He will surely return, as Thomas Muller was ineffective in a forward role.

Young stars Jamal Musiala and Mathys Tel were bright in the Stuttgart match, both finding the back of the net, but it would seem likely that Leroy Sane will return to the lineup, after only seeing 30 minutes against Stuttgart.

The defensive pairing of Matthijs de Ligt and Dayot Upamecano has struggled at times to start the year, and it’s possible that Lucas Hernandez returns to a starting role against Barcelona, while Benjamin Pavard and Marcel Sabitzer could also find a way back in.

Barcelona hammered Cadiz on the road by a 4-0 scoreline over the weekend, with Robert Lewandowski joined on the scoresheet by Ousmane Dembele, Ansu Fati, and Frenkie de Jong, all finding the back of the net after the halftime break. This Barcelona side is firing on all cylinders at the moment under manager Xavi Hernandez.

Dembele and Lewandowski saw limited minutes in the La Liga match, coming on as substitutes. New defensive signings Hector Bellerin and Marcos Alonso also made their debuts over the weekend and could see game action in the Champions League as well.

Xavi has so many options on this incredibly deep roster, but it figures to look similar to the previous Champions League win over Viktoria Plzen.

Just based purely on form, these lines don’t quite make sense. Since a season-opening scoreless draw in La Liga play, Barcelona have pummeled everyone in their path, while Bayern Munich have struggled in domestic play.

Bayern are especially struggling defensively, and while the attack is one of the world’s best, it hasn’t quite been able to make up for the deficiencies at the back.

Backing Barcelona at the given odds could be a sensible move as they look to snatch control of a brutal Group C that’s suddenly up for grabs.