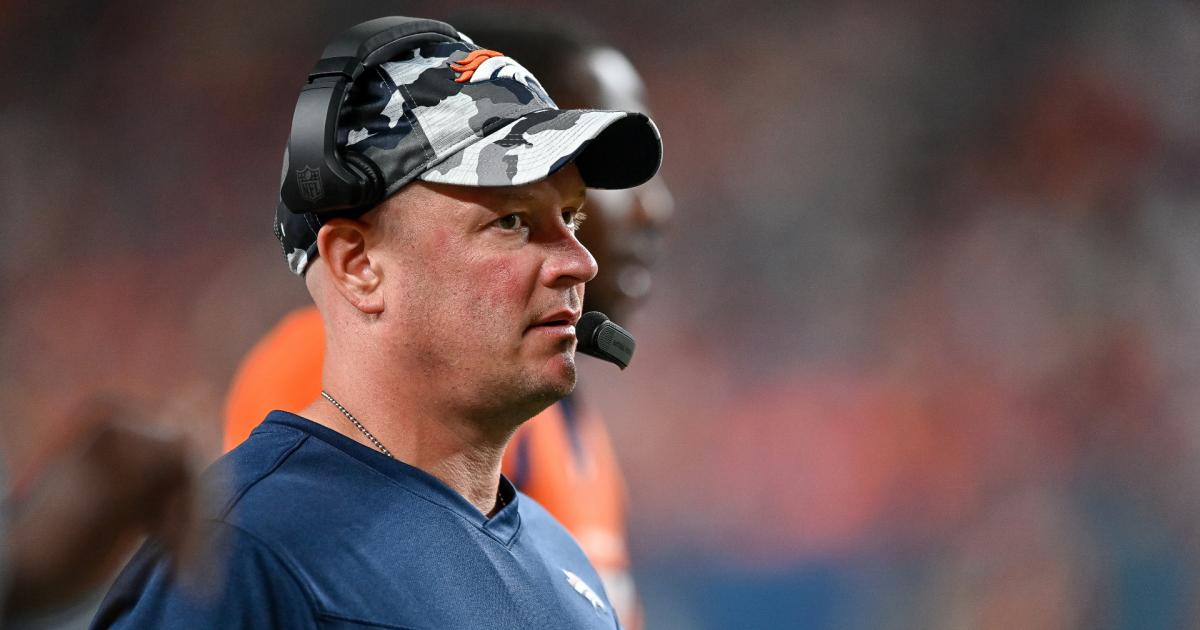 Nathaniel Hackett’s NFL debut ended in brutal fashion, with him and the Broncos losing 17-16 in Russell Wilson’s return to Lumen Field against the Seahawks. To make matters worse, a decision Hackett made directly influenced the outcome, with Hackett electing to kick a 64-yard field goal on fourth-and-5 with under a minute left and timeouts in the bank.

Brandon McManus, of course, pushed the field goal left. And the rest is history.

The line for the Broncos after the game was that McManus had drawn the 46-yard line as the spot to get to, which Javonte Williams did on a third-and-14. From there, there was a lot of mulling around from Broncos players as the offense made its way up to the line, but the play clock ran all the way down before Hackett took the Broncos’ first timeout.

After the game, Hackett praised Williams for putting the Broncos in position to kick the field goal, and Wilson said he stood with Hackett while reaffirming the 46-yard line was the goal for the Broncos on the drive.

“Looking back it, we definitely should’ve gone for it,” Hackett told reporters. “One of those things, you look back at it, you say ‘of course we should go for it. We missed the field goal.’ In that situation we had a plan … we knew the 46 was the mark … Javonte makes a move, goes a lot further than I think we had anticipated, we were expecting to go for it on fourth down. And then you hit the mark.”

#Broncos Hackett said they should have gone for it on fourth down #Denver7 pic.twitter.com/wRqwUB8dxW

While Hackett was good-spirited about it Tuesday, he’s still obfuscating the real issue: The Broncos traded a significant haul for Wilson and then signed him to an extension in the offseason.

To his credit, Wilson walked the company line, defending Hackett postgame for the decision to kick.

I believe in Coach Hackett. I believe in what we’re doing … Anytime you can try to make a play on fourth-and-5, I don’t think it’s the wrong decision … If we were in that situation again I wouldn’t doubt whatever he decided.

Still, these are exactly the plays Wilson was brought in to make. Settling for a low-percentage kick simply wasn’t the right move, and that isn’t with hindsight. Just look at Peyton Manning’s reaction as it was happening.

Peyton Manning would have handled the final minute different than Denver did…. pic.twitter.com/yRqlxjFDQ3

The moral of the story, if there is one: If the kicker says the 46-yard line is the goal, get it to the 40 to be safe. That kick is low-percentage for everyone in the league, not just McManus, and the Broncos were moving the ball well.  Next time: Let Russ Cook.

The Simpsons – Episode 34.04 – The King of Nice – Press Release
Argentina vs. Honduras live score, updates, highlights and lineups from World Cup tuneup friendly in Miami
Big Sky Season 3 Episode 1 Review: Do You Love an Apple
What to Watch: Francesca Quinn, PI, The Greatest Beer Run Ever, Hocus Pocus 2
Anne Hathaway Styled a Slit Top With a High-Waist Miniskirt For Moncler