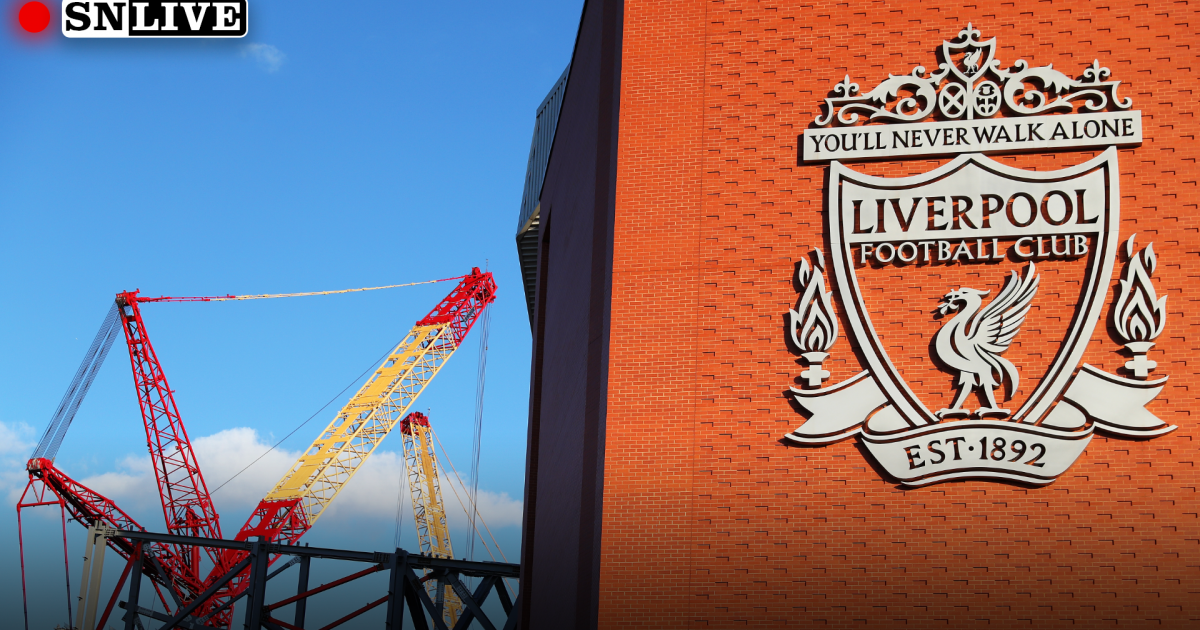 ANFIELD, LIVERPOOL — After their scheduled Premier League meeting with Wolves was postponed over the weekend, Liverpool are set to complete an unusual Champions League double-header on Tuesday.

And they will be desperate to claim victory over Ajax at Anfield tonight to quickly exorcise the ghosts of the 4-1 thrashing they suffered at the hands of Napoli last time out.

Those three teams look likely to be the main contenders to progress from Group A, and so the importance of fixtures between them is obvious.

Another defeat in this one and Jurgen Klopp will have every reason to fear for his side’s prospects of reaching the knockout stages.

The Sporting News is following the match live and providing live score updates, commentary from Anfield.

17th min: GOAL! Liverpool get themselves ahead and it’s Mohamed Salah with the finish.

Diogo Jota latches onto a Luis Diaz headed flick-on and turns in acres of space in the No.10 position before feeding Salah. The Egyptian’s touch is typically good and leaves him with plenty of time to pass the ball home.

10th min: A cagey start to proceedings but Liverpool’s right-hand side is looking like their best prospect of creating.

KICKOFF: After an impeccably observed minute’s silence in memory of Queen Elizabeth II, the game gets under way.

10 mins to kickoff: ‘You’ll Never Walk Alone’ rings out across the stadium with the atmosphere ramping up nicely here.

This has all the hallmarks of a big European night at Anfield, as you’d expect given the prestige of the opponent.

30 mins to kickoff: Both teams out for their warm-ups at Anfield and the Ajax fans are already making a racket over in the away section.

50 mins to kickoff: Liverpool still only naming the nine substitutes this evening, despite Champions League rules allowing for 12.

That shows you that, while Klopp’s injury crisis is easing slightly, there are still plenty of players sidelined.

1 hour 15 mins to kickoff: So, returns to the Liverpool lineup for the fit-again Diogo Jota and Thiago Alcantara, with Darwin Nunez starting on the bench.

And an Ajax team that lines up exactly as expected.

1 hour 30 mins to kickoff: Team news should be with us in around 15 minutes here at Anfield and some tricky decisions for Jurgen Klopp to make.

Does Thiago Alcantara come back in for a start after his recent return to fitness and is it Darwin Nunez or Diogo Jota for that central striking role?

2 hours to kickoff: Welcome to Sporting News’ live coverage of Liverpool vs. Ajax in the Champions League group stages.

A massive night awaits the Reds as they look to bounce back from a 4-1 defeat at Napoli, but they are sure to face a difficult test up against an Ajax side who started their group campaign by beating Rangers 4-0.

Klopp was hit by the loss of Andy Robertson to injury this week, meaning Kostas Tsimikas gets the nod at left-back.

Thiago Alcantara and Joel Matip also return, while Diogo Jota starts ahead of Darwin Nunez in the centre-forward position.

Former Tottenham forward Steven Bergwijn makes his return to England as part of the starting line-up, with Ajax sticking to their favoured 4-3-3 formation.

What time is Liverpool vs. Ajax?

Liverpool play host to Ajax at Anfield in Liverpool, England. It kicks off at 8 p.m. BST on Tues, Sep 13.

How to watch Liverpool vs. Ajax

USA: Liverpool vs. Ajax will be shown on streaming services Paramount+ and VIX+.

Canada: Every Champions League match all season long are broadcast in Canada via DAZN.

Australia: Every Champions League match all season long are streamed in Australia via Stan Sport.