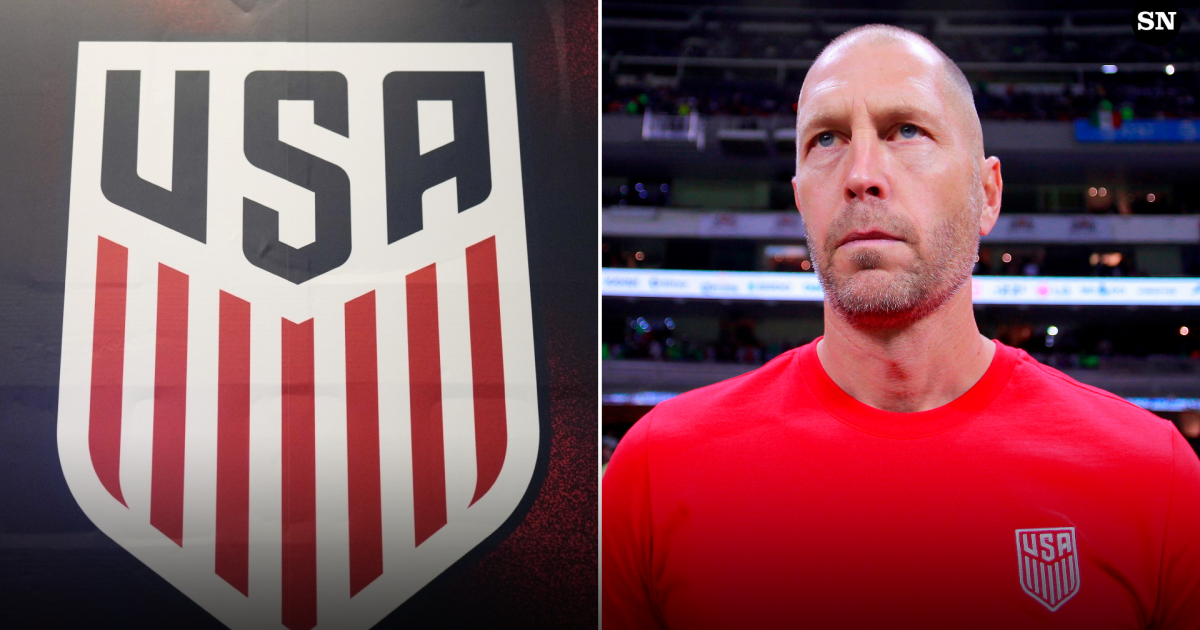 The U.S. men’s national team is set to embark on its final tuneup prior to the 2022 World Cup, with a pair of friendlies against Japan and Saudi Arabia in late September.

The friendlies will take place in Germany and Spain, making travel easier for those players based in Europe.

USMNT head coach Gregg Berhalter will use this camp to make his final determinations on which 26 players will head to Qatar for the World Cup, meaning the stakes are extremely high for those on the September roster.

For those who miss out, it’s not the end of the road by any means. Some players are hurt and could recover in time to be involved for the World Cup, while others are locks to make the World Cup roster and Berhalter wishes to use this opportunity to evaluate other players.

Still, this roster will be a good indication of Berhalter’s thinking, meaning that being left off this roster means the road ahead will be tough if the goal is to be on the plane to Qatar.

MORE: Projected USMNT roster for the 2022 World Cup in Qatar

Gregg Berhalter has made his final determination on the 26-man squad to play the late-September friendlies in Europe.

In net, Sean Johnson and Ethan Horvath will likely battle it out for the final goalkeeper spot.

Central defenders on the bubble like Cameron Carter-Vickers, Tim Ream, Chris Richards should have a chance to impress, while there just aren’t enough spots for the likes of James Sands and John Brooks, meaning they could be on the outside looking in come November. At full-back, George Bello and Sam Vines should get the opportunity to fight for the backup left-back spot, an important choice for Berhalter as Antonee Robinson, usually a lock to make the starting XI, is currently nursing an injured ankle.

In midfield, there aren’t too many difficult decisions to make, with Djordje Mihailovic potentially back in the squad after suffering an injury during summer USMNT camp, although Gianluca Busio could push him for that role.

In the wide areas, there also aren’t many tough calls, but up front there are many players battling for time. The early lead for the striker role is with Jesus Ferreira, but others such as Jordan Pefok, Haji Wright, and Josh Sargent are battling for a place. Meanwhile, the potential absence of Malik Tillman could spell doom for his World Cup chances.

Below is the projected roster for the upcoming USMNT September friendlies against Japan and Saudi Arabia.

USMNT players who miss out

Who is currently injured for the USMNT?

There are some injuries for Gregg Berhalter to contend with as November rolls nearer.

The two most impactful injuries are to Miles Robinson and Antonee ‘Jedi’ Robinson. The former is likely out for the World Cup after suffering an Achilles tear a couple of months ago.

Miles was expected to start alongside Walker Zimmerman, and his absence means the door is wide open for a number of other center-backs to earn not just a spot on the roster but even a starting role. Jedi, meanwhile, went down with an ankle injury on duty for Fulham a few weeks ago and his recovery time is still unknown. The depth for the United States at right-back is extremely thin, and his backup role will be critical.

Timothy Weah has been out longer than expected at Lille, throwing his position on the right flank into question. It’s reportedly possible that Weah returns to club action before September camp begins, which would be a big boost for the World Cup squad. He’s a lock to make the roster if healthy, so his absence from September camp isn’t a huge issue, but getting Weah club minutes prior to the tournament will be critical.

When and where are the September friendlies?

The USMNT will break camp on September 17 for a 10-day trial run ahead of the 2023 World Cup. The camp includes training, where Gregg Berhalter will assess the talent available to him for selection, before a pair of matches against fellow World Cup participants, both from the Asian confederation.

The United States will first match up against Japan on September 23 in Dusseldorf, Germany before taking on Saudi Arabia four days later on September 27 in Murcia, Spain.

In scheduling both Japan and Saudi Arabia, the USMNT will not only hope to assess the talent on the roster but also get a scouting report of upcoming World Cup opponents. The match against Saudi Arabia especially will be a chance to take on an opponent theoretically similar in nature to Group B opponents Iran.

The game against Japan, meanwhile, will provide a still test against an opponent who has a chance to upset Spain or Germany in Group E.

There are three positions that will be of the utmost importance for Gregg Berhalter to evaluate in camp before deciding on his final 26-man roster for the 2022 World Cup.

The first and most discussed amongst fans is at striker. While sometimes these difficult decisions come thanks to a wealth of talent — a problem many coaches are happy to face — this one is unfortunately resulting of the opposite. Nobody in the USMNT player pool has really stepped up and taken hold of the striker position.

For those performing well at their clubs, like Jesus Ferreira, Haji Wright, and Jordan Pefok, they have all had spotty recent performances at best in a USA shirt. On the flip side, those who have excelled in a USMNT jersey in the past, such as Josh Sargent and Ricardo Pepi, have struggled recently in club action. Sargent has turned things around recently at Norwich, but only after dropping a tier following relegation from the Premier League. Finally, others like Brandon Vazquez and Malik Tillman have either no USMNT experience or have only recently burst onto the scene.

Another big call comes at center-back. While this position already had a number of questions, the Achilles injury to expected starter Miles Robinson now means Berhalter will have to pick a second starter alongside Walker Zimmerman instead of just determining backups. Aaron Long was thought to have the lead in the summer, but his poor club play at New York Red Bulls puts his spot in doubt. Tim Ream has thrust himself into the conversation with a stunning start to Premier League play, while Cameron Carter-Vickers has a chance to lock down a starting role as well.

Finally, the goalkeeper is a big call for Berhalter. While it felt like a lock for both Matt Turner and Zack Steffen to be involved, the former is a backup at his club and the latter is injured and not secure in his club position either. One of them will still likely start, but which one is a big call. He will also need to decide between Sean Johnson or Ethan Horvath for the third spot, with Josh Cohen and Gaga Slonina on the outside looking in.

Players with most to prove to make World Cup roster

Given the positions above in question, there are players at those spots who are itching at the chance to make the most of their opportunity in camp.

All three goalkeepers in September camp have something to prove. Matt Turner will need to show that he can still maintain form despite lacking minutes at Arsenal, while Sean Johnson and Ethan Horvath have a chance to earn the third spot on the roster.

In actuality, all defenders on the roster besides locks Walker Zimmerman and Sergino Dest have something to gain in this September camp. Even Dest probably has something to prove after earning very few club minutes to date.

The center-back position is wide open, with Cameron Carter-Vickers, Aaron Long, Chris Richards, and Erik Palmer-Brown all needing a good performance to earn a spot. Carter-Vickers is probably the leader in the clubhouse simply based on club form, but the other three could all earn a spot with their 10-day performance.

Whoever is left off the September camp roster could see their positioning amongst this group is severely weakened, and it’s unlikely they will have a chance to earn a spot.

This position is the most secure, with the fewest choices for Gregg Berhalter to make. Weston McKennie, Yunus Musah, and Tyler Adams all locks not only to make the roster but to start. Still, he’ll need to decide on one final backup position, with Djordje Mihailovic and Gianluca Busio the ones fighting for that spot. Eryk Williamson has been given a shout as well, but he’s got a lot of late gaining to do here.

While the winger spots are secure with Christian Pulisic, Brenden Aaronson, and the currently injured Tim Weah, the striker spot is wide open, and Berhalter has a number of players to evaluate.

Those playing well for their clubs probably have the most to gain in September camp, as they hope to back up their club form with a good international showing. Top of that list is Josh Sargent, who has only just started to play well after dropping to the Championship with Norwich City. He has to show that his awful Premier League form last season was down to being played out of position and not a level of competition issue.

Others like Jordan Pefok, Haji Wright, and Brandon Vazquez could do the same, with those enjoying great form at their clubs but having either failed to impress in recent USMNT performances or lacking international experience. The likes of Ricardo Pepi and Malik Tillman, meanwhile, will need to show their spotty club performances are not to worry about.

After September camp concludes and the players return to their clubs, it will finally be time for Gregg Berhalter to make his decisions about the USMNT roster for the 2022 World Cup.

During an interview with Major League Soccer show Extra Time in early September, Berhalter indicated that most of his decisions have already been made.

Berhalter said that he feels confident about 22 of the 26 spots on the roster, while his depth chart consists of about 38 to 40 players in total that he is considering. He said that while it’s definitely possible that players not included on the September camp roster could still make the World Cup list, the camp roster will be a good indicator of the decisions still to be made.

Once the USMNT World Cup roster is finalized, it will be officially announced on November 9 at an event in New York City.

Watch The Real Housewives of Atlanta Online: Season 14 Episode 20
USD POLL : Would you like to have seen a Season 2 of First Kill?
The Cleaning Lady Round Table: How Will Marco’s Death Affect the Family?
Vanessa Hudgens Styled a Chain-Mail Bandeau Top With 6-Inch Heels For Versace
Don’t Worry Darling