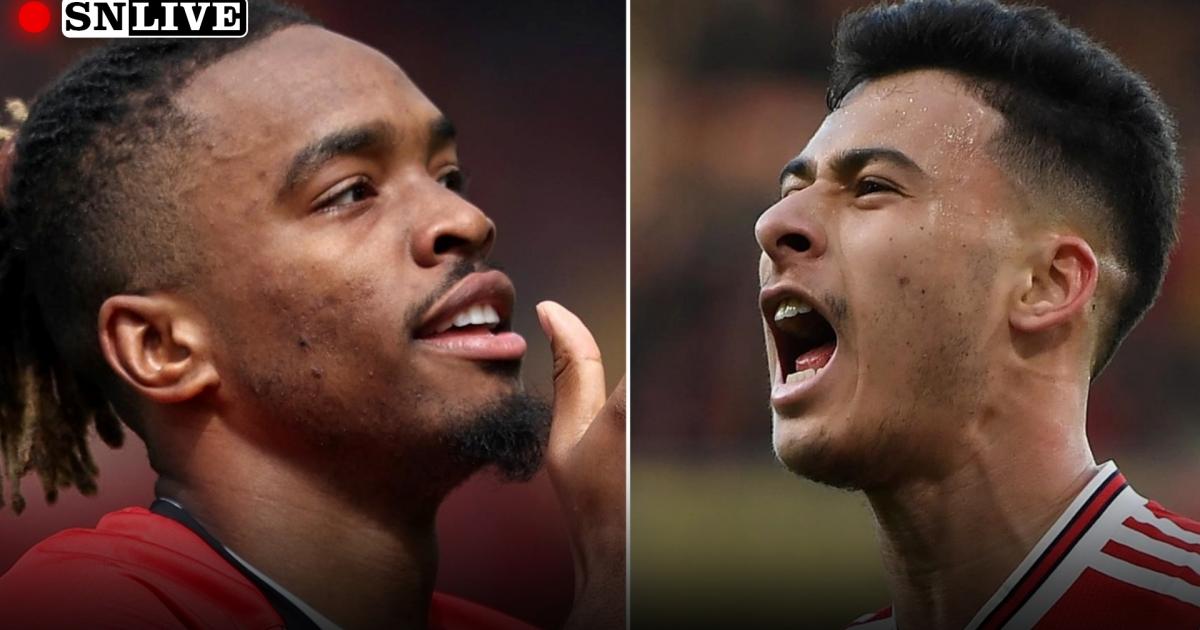 Arsenal end a two-week break from domestic action when they travel to Brentford, in search of a return to the top of the table and revenge for their chastening defeat against the Bees in 2021/22.

Brentford fans will always remember the last time their side hosted Arsenal, when Sergi Canos and Christian Norgaard scored in either half to ensure the club’s first ever Premier League match ended in victory.

Off the back of a thrilling 5-2 home win over Leeds as part of an unbeaten start to the season at home, Thomas Frank’s players will be in confident mood against opponents who lost 3-1 at Manchester United on September 4.

The Sporting News is following the match live, providing score updates and commentary below.

39th min: The home crowd are becoming restless with both the referee and the visitors, who take their time over a couple of goal kicks and throw-ins, with the game moving at a snail’s pace. Other than one break into the box, Brentford have struggled to apply any pressure since the Gunners’ double.

30th min: Saka has a good chance to finish the game off, but skies his effort after Vieira – who has been fairly quiet so far – delicately plays him in on the edge of the box.

28th min: GOAL! After a dull period in play, the Gunners liven things back up by doubling their advantage with another header. Jesus is the man on the scoresheet this time from Xhaka’s deft lob through the middle, scoring his fourth goal since a summer switch from Manchester City.

17th min: GOAL! Saliba gives Arsenal the lead! From a corner won by Saka down Arsenal’s right flank, the French defender rises highest to net his second of the campaign.

Saliba gives Arsenal the lead with a header! ⚽ pic.twitter.com/WloxnggRE2

William Saliba scores and the the away end is singing! 🎵 #AFC

10th min: Mbuemo, Dasilva and Toney are starting to threaten as the Bees gain a foothold in the game, keeping Gabriel in particular on his toes. At the other end, they’re keeping their shape, with plenty of recycling of possession from Xhaka and Partey missing a killer ball.

2nd min: Arsenal starting in command. A nice one-two between Martinelli and Xhaka on the edge of the box sees the former with a great shooting opportunity, but the ball gets caught under his feet. An early let-off for the hosts.

15 mins from kickoff: “When we beat them a year ago, they were not in the same place as they are now,” Frank also said of Arsenal in his build-up comments.

“Doing it on Sunday would be completely different because for me, now, after Manchester City, they are the best-performing team in the league.

“They’ve been remarkable, especially the intensity they play with. I remember being sat there on the Friday night for their opening game of the season watching them against Crystal Palace.

“I was thinking, ‘What?! That’s another level’. For the first 20 minutes, Crystal Palace didn’t touch the ball. And I thought, ‘They could win the Premier League!'”

Ethan Nwaneri, 15 years and 180 days is on the bench for Arsenal today at Brentford! Well done to him! Where were you when you were 15??? pic.twitter.com/Y0DeWv4mgJ

30 mins from kickoff: Brentford have said that a “minor issue” has kept attacker Lewis-Potter out of the squad today.

For Arsenal, teenage sensation Nwaneri is an England under-17 international who made his Premier League 2 debut in the Gunners’ game against Blackburn earlier this month. Often deployed in the No.10 role, it would be a huge moment in his development if he enters the action.

50 mins from kickoff: Arsenal give a first league start to Vieira in place of the injured Odegaard, with 15-year-old attacking midfielder Ethan Nwaneri named on the bench alongside Matt Smith and Lion Sousa.

Kieran Tierney and Thomas Partey start, while Oleksandr Zinchenko joins Odegaard in being hampered by a calf problem. Granit Xhaka is captain.

60 mins from kickoff: Team news is in! Two changes for Brentford: Ajer and Dasilva start, with Baptiste dropping to the bench and Lewis-Potter not in the matchday squad.

Canos, who scored the first goal in that 2-0 win for Brentford over Arsenal here this season, returns from injury by starting among the substitutes.

“What Thomas Frank and the staff have done there over the years has been remarkable,” said Arteta, who came under pressure during a horror start to last season for Arsenal following their defeat at this stadium.

“The way they have performed and the results they got against the top clubs as well, especially at home, just sets the tone for what is going to happen on Sunday. We are very aware of how difficult it’s going to be to beat them.

“The club, the clarity, the philosophy and the vision that they had and how they have executed it, how they’re constantly evolving… they deserve a lot of praise for what they’ve done.”

90 mins from kickoff: Look out for more long-range efforts following Toney’s terrific strikes against Leeds. No-one has scored more times from outside the area than the four goals Brentford have managed from that distance in the Premier League so far.

Top two Manchester City and Tottenham, who Arsenal are hoping to overtake with a win today, are the only teams to have bettered Brentford’s 15 league goals, and they have lost only one of their last 17 games against London visitors.

105 mins from kickoff: What a start to the season it has been for Ivan Toney. The striker has been called up by England for the first time since Brentford last played, earning a suitable reward for an immaculate all-round display against Leeds when he scored a superb penalty and free-kick and a perfectly-weighted chip from distance.

It’s been well-documented by now, but Toney’s meteoric rise is always worth revisiting. Newcastle loaned the former Northampton youth-teamer to Barnsley, Shrewsbury, Scunthorpe and Wigan between 2015 and 2018, and he was still rattling in the goals for Peterborough in League One in 2020.

Now he’s second only to Harry Kane among English players at the top of the Premier League net-busting charts for the season, although he’s actually been directly involved in as many goals as the national team captain so far. Toney is a goal behind Kane’s total of six but has played one game fewer.

Much will depend on how he performs in England’s matches between now and the World Cup, but Toney would be a real threat for the Three Lions if he can bring his domestic form to the international stage.

120 mins from kickoff: Hello and welcome to The Sporting News’ coverage of the first Premier League match of Sunday’s double-bill.

After an unexpected two-week break since their first defeat of the season when they lost to Manchester United at Old Trafford, Arsenal return to the scene of one of their worst performances of 2021-22, when they launched their campaign with a 2-0 beating by a Brentford side who were among the relegation favourites after winning promotion.

For Brentford, that will remain one of the most memorable nights in the history of the club. The Bees’ first ever Premier League appearance set the tone for a largely impressive season, and they’ve continued to show few signs of becoming embroiled in a battle for safety this time around.

Unbeaten at home this season, their 5-2 thumping of Leeds 15 days ago was arguably as entertaining as their 4-0 crushing of Manchester United in their first home game of the season. All of which should put Brentford in a buoyant mood ahead of this test.

How to watch Brentford vs. Arsenal

UK: Matches are carried across Sky Sports and BT Sport streaming and TV platforms, with select matches on Amazon Prime. Brentford vs. Arsenal will be part of Sky Sports’ Super Sunday this weekend.

USA: Select matches are televised on USA Network (English) and Telemundo or Universo (Spanish), and all three channels can be streamed on fuboTV.