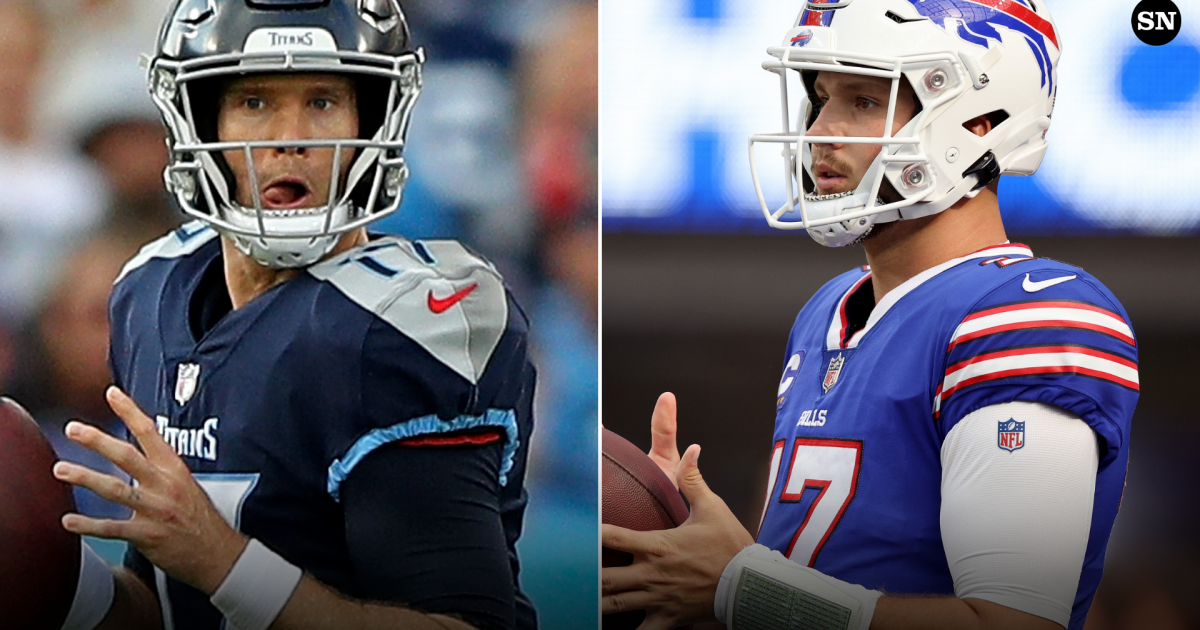 As the Rams found out on opening night of the 2022 NFL season, the Bills always come due.

Buffalo made a statement in Week 1, crushing the defending Super Bowl champion in Los Angeles. It firmly planted itself as a team to watch, if not a serious Super Bowl contender, in 2022. It can add to that statement Monday night when it takes on Tennessee.

The Titans have been one of the AFC’s best teams the past three years, but they will have some work to do to restore their reputation in 2022. Things didn’t go well in Week 1; Randy Bullock’s potential game-winning field goal kick sailed wide to seal a 21-20 loss to the Giants at home.

They can rekindle the hype with a win over Josh Allen and the Bills. After just one week, Buffalo is already seen as one of the league’s best teams. Coach Mike Vrabel can start to course-correct the Titans’ season and put the disappointing end to their 2021 campaign in the rearview mirror with a statement of win of their own.

This battle of AFC championship hopefuls could be a playoff preview. Here’s how to watch it.

What channel is Titans vs. Bills on today?

The “Monday Night Football” matchup between the Titans and Bills will air on ESPN. Steve Levy, Louis Riddick and Dan Orlovsky will have the call in the booth while Laura Rutledge will report from the sideline.

Those who choose to stream have several options. FuboTV carries the ESPN family of networks along with Fox, CBS, NBC and NFL Network, meaning you’ll be able to watch locally broadcast games throughout the 2022 season. FuboTV offers a free trial.

Viewers in Canada can catch the matchup via DAZN.

Live stream for Titans vs. Bills

Titans vs. Bills will be broadcast on ESPN. That means those with a cable subscription will be able to stream the event free on ESPN+.

Cord-cutters can stream the game with fuboTV, which carries ESPN and offers a free trial. FuboTV also carries CBS, Fox, NFL Network and NBC, so users will be able to watch most locally broadcast NFL games.

Other streaming options for Titans vs. Bills are as follows:

Abbott Elementary’s Lisa Ann Walter Reacts to TikTok’s Love for Her Parent Trap Character
House of the Dragon Season 1 Episode 6 Review: The Princess and the Queen
9-1-1 Exclusive Clip: A Tunnel of Secrets
Who is USA soccer coach Gregg Berhalter? Meet the USMNT manager for FIFA World Cup 2022 in Qatar
YOU Season 4: Premiere Date and Teaser Revealed