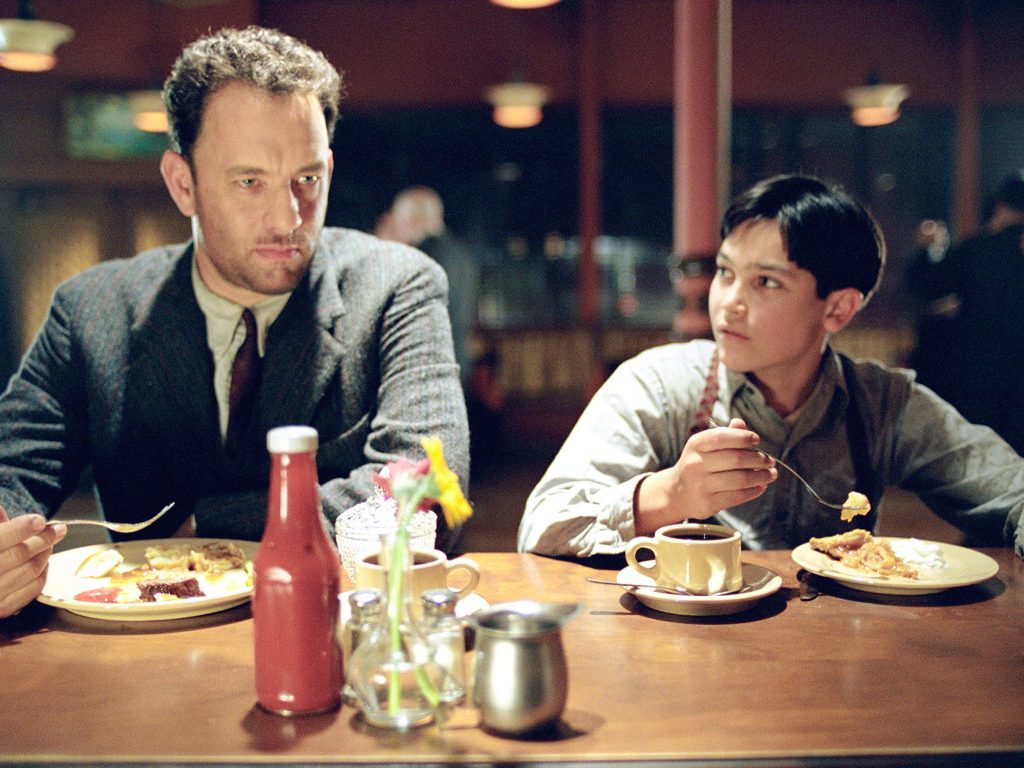 In an early scene in Road to Perdition, 12-year-old Michael (Tyler Hoechlin) is asked by mob boss John Rooney (Paul Newman) to retrieve his jacket from his study. On entering, Michael finds John’s son, Connor (Daniel Craig), smoking and listening to music. Michael hovers on the threshold, the room full of jazz and smoke, Connor’s face shadowed, out of focus. As the scene ends, the camera tightens on the thick tendrils lazily exhaled by Connor. It’s a somewhat inconsequential shot, designed more for atmosphere than character or plot, but it’s a shot that has curled around and clung to me for the last 20 years, perfectly evoking the feeling of a boy confronted by the strange world of men.

This is Road to Perdition’s great achievement: atmosphere. It elevates what might otherwise be a simple revenge story: gangster Mike Sullivan (Tom Hanks goes on the run with his eldest child, Michael, after the rest of his family is murdered by his boss’ son. All the film’s major elements – the direction, cinematography, script, music and performances – work seamlessly in unison to create a mood that penetrates and pervades from the opening titles, haunting the viewer for a long time afterwards.

It’s a film I’m particularly evangelical about, especially as it feels somewhat overlooked despite the filmmaking’s finesse and pedigree (Mendes, Newman, Hanks, Craig et al) – perhaps unfairly and unconsciously dismissed due to the story’s origins as a graphic novel. I’ve lost count of the times I’ve introduced Road to Perdition to friends, and even after all these years, its atmosphere still knocks the air out of me.

The tone is set from the start: a black screen, the sound of waves, the swell of strings. We know we’re witnessing a tragedy. As a boy stands on a beach alone, gazing at the open ocean, he thinks about his father in the past tense. It’s a foreshadowing mirrored by the title of the film itself – this is a story about a downfall. An atmosphere of foreboding has been established, a tension that will tighten until everything unravels in the fatal end sequence.

Road to Perdition lets its visuals do most of the talking, the stripped-back script reflecting the austerity of the era. The collaboration between Mendes and cinematographer Conrad Hall conjures a particular kind of magic. This is Hall’s second film with Mendes after American Beauty, and the pair fall perfectly in step, using the absence of light to create suspense and drive the story: the shadow over Sullivan’s eyes, conveying his unknowable nature and compromised morals; the dim and bare interiors of the Great Depression that also signify the hostile world Michael’s been prematurely forced into. 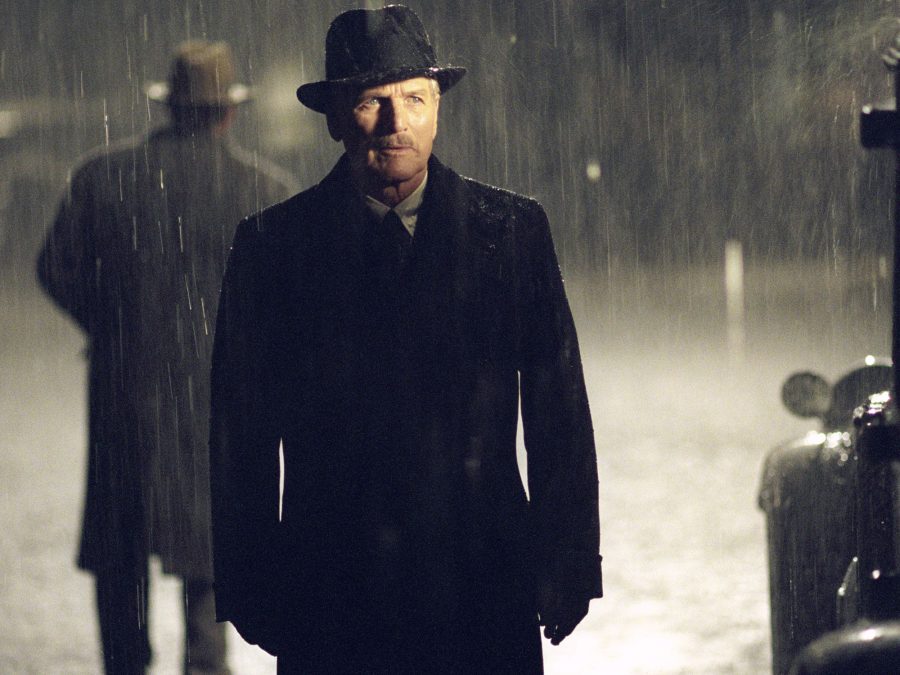 In an age when digital technology allows filming in pitch darkness, creating a murkiness that permeates mainstream films and TV, Road to Perdition is a masterclass in how to shoot sequences in the dead of night, ensuring the action, characters and story are always highlighted, never lost. And if anyone knows how to get the most out of Newman’s famous blue eyes, it’s Hall, who worked with the actor on three of his most acclaimed films, Harper, Cool Hand Luke and Butch Cassidy and the Sundance Kid.

This expertise is displayed in the powerful penultimate scene between John and Mike, in which we see a desperate man forced to choose between the son he never wanted and a friend asking for permission to end that son’s life. Road to Perdition would be both Hall and Newman’s final film, earning Hall a posthumous Oscar, and Newman a Best Supporting Actor nomination. The fact that this is the swan song for two giants of cinema only adds to the film’s elegiac quality.

The casting of celebrated mensch Newman in the role of John Rooney is one of the film’s great manoeuvres – something that can also be said of the casting in general. All of the main actors here (with the exception of Hoechlin) are playing against type: affable leading men transformed into antiheroes and villains. Hanks is the clearest example, giving one of his most striking performances as the hard-edged Mike. It adds a deeper dimension to the character, and to the film, as the infamous mob enforcer (“some say there was no good in him at all”) must rediscover his humanity and step into the role of father for the first time. 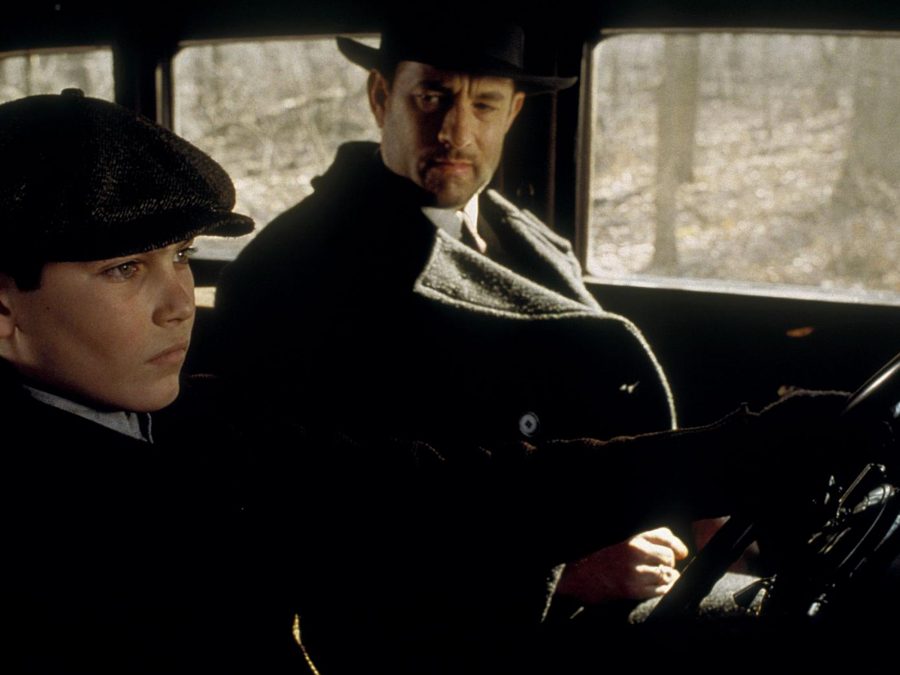 Although it was never the film’s original intention, Daniel Craig’s tenure as one of cinema’s best-known heroes has the same effect on subsequent viewings of his performance as the principle antagonist, the film capitalising on his uneven features and pale eyes to chilling effect – no more so than after a tender piano duet between Mike and John Rooney fills Connor with incredulous rage. By having our expectations subverted in this way, these performances leave a lasting impression.

When it rains in Road to Perdition, it feels like it will never stop raining; like there’s nothing the rain won’t touch and if it were to touch you it would soak your very soul. This comes to a head in a climactic sequence that, despite lasting just three-and-a-half minutes, echoes for an eternity. It’s a scene that demonstrates the strength of the film’s component parts – and epitomises its enduring atmosphere. As John Rooney steps from a bar into the night, the sound of rain fades until we’re left with Thomas Newman’s ghostly, Oscar-nominated score.

An automatic weapon strobes silently in the distance, Rooney’s men crumpling to the floor soundtracked by a lullaby. Rooney turns to find Sullivan, the ungodly rain audible once more, his voice cracking: “I’m glad it’s you.” We hear Mike’s fearsome Tommy Gun for real this time – deafening, brutally mechanical. Holding back tears, Sullivan notices the people looking down on him in judgement from their windows, haloed by light. As he strides back into the shadows, his revenge is bittersweet: he might have saved his son, but there’s no question Mike Sullivan is heading for damnation.