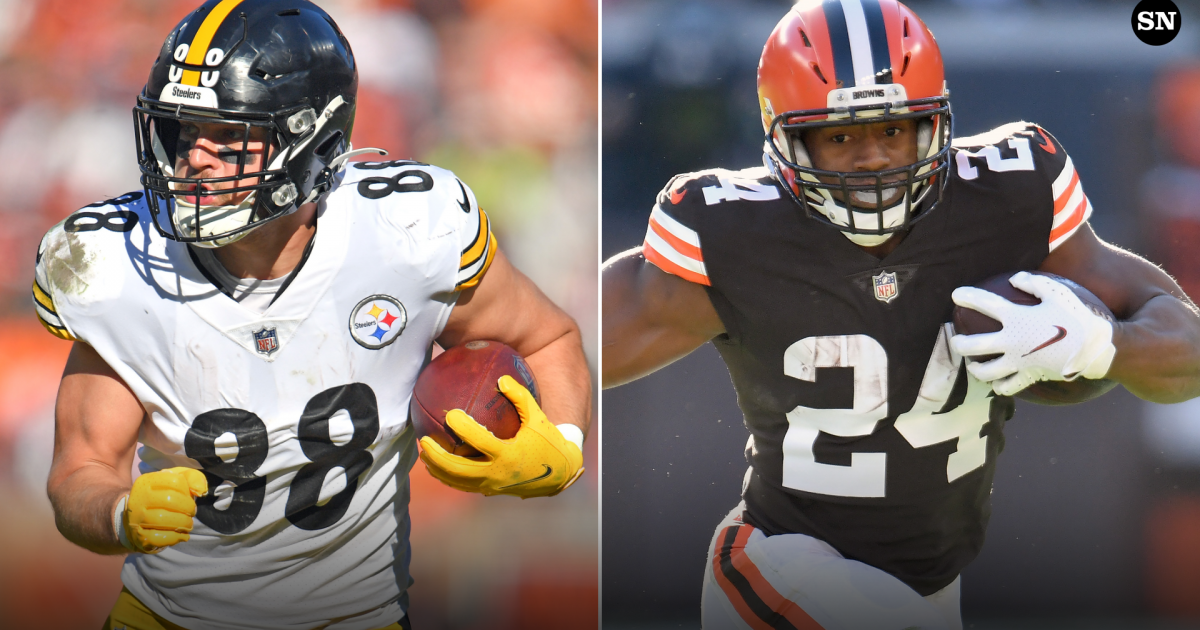 Week 3 of the 2022 NFL season will begin on Thursday Night Football with an old-school AFC North matchup between the Steelers and Browns at 8:15 p.m. ET. The Browns are only 4.5-point favorites over the Steelers, while the game has an  O/U of 38.5 points, according to Caesars Sportsbook. This game will be a low-scoring slugfest, with the running games leading the way for both teams. Nick Chubb and Najee Harris will likely be the top choices for the Captain spots in DraftKings Showdown lineup, but there are plenty of potential value sleepers who can fill out your single-game daily fantasy picks.

In addition to Chubb, the Browns have Kareem Hunt, Amari Cooper, and a pair of decent TEs who hold some value in DFS. Meanwhile, the Steelers have a solid wide receiver corps with Diontae Johnson, Chase Claypool, and rookie George Pickens. If Claypool or Pickens has a good performance in your lineup, that would give you a significant boost and could be the difference between cashing and coming up empty.

Here are the key scoring settings for DraftKings Showdown contests: They’re full-point PPR and there are three-point bonuses for 300 passing yards, 100 rushing yards, and 100 receiving yards. The Captain pick costs 1.5 times a player’s original price, but he also gets his point total multiplied by 1.5.

MORE DK SHOWDOWN: How to win a Showdown contest

To no one’s surprise, Chubb has the highest salary for this Showdown contest and will be the Captain for a lot of DFS players on Thursday night. The veteran running back found the end zone three in Week 2 after not scoring a touchdown in Week 1 against the Panthers. Chubb posted 20 touches for 113 yards of total offense and a whopping 32.3 fantasy points. This isn’t necessarily a great matchup against a Steelers’ defense allowing just 4.0 yards per carry, but Chubb will get a ton of touches and likely find his way in the end zone on Thursday.

This game is not a great matchup for either QB, but if we had to pick one, Brissett would be the best option for one of our FLEX spots. The veteran quarterback completed 22-of-27 passes for 229 yards, a touchdown, and an interception last week. Even more noteworthy, he also added 43 yards on the ground for 16.5 fantasy points. That’s not a great total for most starting QBs in DFS, but when it comes to Brissett and Mitchell Trubisky, it’s about the best you’re going to get. The Steelers’ defense is ranked 19th against QBs and allows 275.5 passing yards per game (30th in the NFL). We shouldn’t expect the veteran QB to torch Pittsburgh, but he’ll have to throw it with Pittsburgh looking to shut down the run.

If we put Brissett in our lineup, we at least one or two of his pass-catchers. One player who should get some work in the receiving game is Hunt. The versatile running back is a lock for at least 10 carries but can increase his value with what he does in the passing game. In Week 2 against the Jets, Hunt only had two receptions (two targets) for 16 yards. However, in Week 1, he had four receptions (four targets) for 24 yards. If Hunt can give you 10 or more fantasy points on Thursday night, it can help you secure a win. This assures us of virtually all of Cleveland’s rushing TDs and gives us a shot at a receiving score, too.

The second-year tight end has been the Steelers’ most consistent receiving threat outside of the standout wide receiver Diontae Johnson.  The young tight end had four receptions (seven targets) for 22 yards and a TD last week, a game after catching five-of-10 targets for 75 yards. Freiermuth should see a similar workload on Thursday, especially if the Browns try to take away Johnson in the passing game.

Sticking at tight end, we’ll add Bryant, who’s been targeted more than David Njoku (8-6) this season. Last Sunday against the Jets, Bryant had three receptions (four targets) for 45 yards (7.5 fantasy points). If you put Bryant into your lineup, you should not expect him to duplicate what Freiermuth does. However, if he can catch three of our four passes and either score or get close to 50 yards, it should give you a nice boost at the end of your lineup.

It’s tough to see this Steelers’ offense scoring touchdowns with Mitchell Trubisky under center, so Boswell should get multiple field-goal attempts. Boswell has scored some points through the first two games, averaging 11 fantasy points per game. He’s also made at least two field goals in both games this season. The crazy part about having Boswell in your DFS lineup is he could outscore some of the skill position guys in this game.

Lena Dunham: “It was like we were all getting PhDs in Medieval history”
La Brea – Season 2 – Martin Sensmeier Joins Cast
It’s Such a Beautiful Day at 10
What channel is Joe Joyce vs. Joseph Parker on tonight? How to watch, buy 2022 boxing fight
Fall Is Here, and These TikTok-Viral Target Sweats Are All I’m Wearing