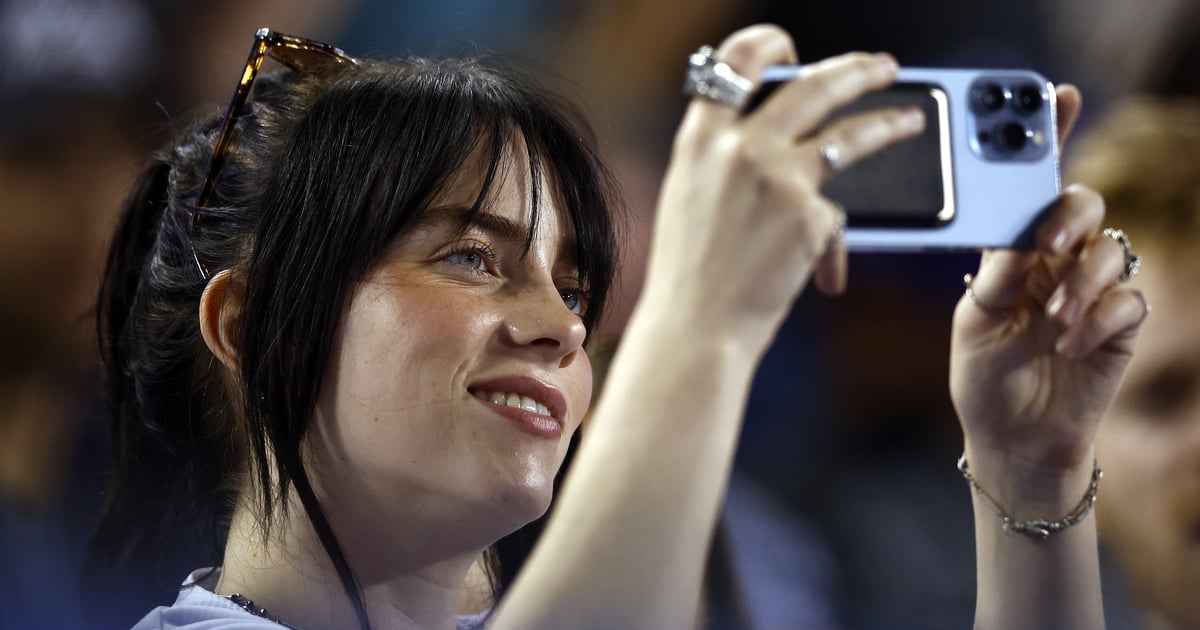 Still on her world tour, Billie Eilish has just touched down in Brisbane, Australia, and she shared a series of new selfies with fans and followers. In the snapshots, Eilish revealed her ’90s-influenced outfit: a worn-in, vintage-wash T-shirt paired with baggy cargo pants, Nike sneakers, and a plain white baseball cap. Her cozy-looking black T-shirt featured a face screen-printed on the front with indistinguishable words along the bottom in red text. The “Happier Than Ever” singer styled the casual top with a pair of low-slung cargo pants in a camo print, a trend from the early aughts that’s experiencing a resurgence in popularity.

Oversize tees and loose-fitting, hip-slung pants were hallmarks of ’90s streetwear, a fashion aesthetic that Eilish frequently pulls wardrobe inspiration from. Just a few days ago, Eilish dressed in a similar vibe, choosing tones of brown and khaki for her utilitarian ensemble that included a skirt, bomber jacket, and mid-calf combat boots. And, the day before that, she went for a preppier take on the same decade with a “Clueless”-inspired combo: a cropped sweater vest layered atop a bright white button-down shirt.

With the Australian leg of her tour continuing through the end of September, Eilish is likely to debut even more looks from her day-to-day. And whether she’s wearing a ballgown, head-to-toe designer logos, or a casual ’90s outfit with grunge elements, her personal style remains one to keep a close eye on.