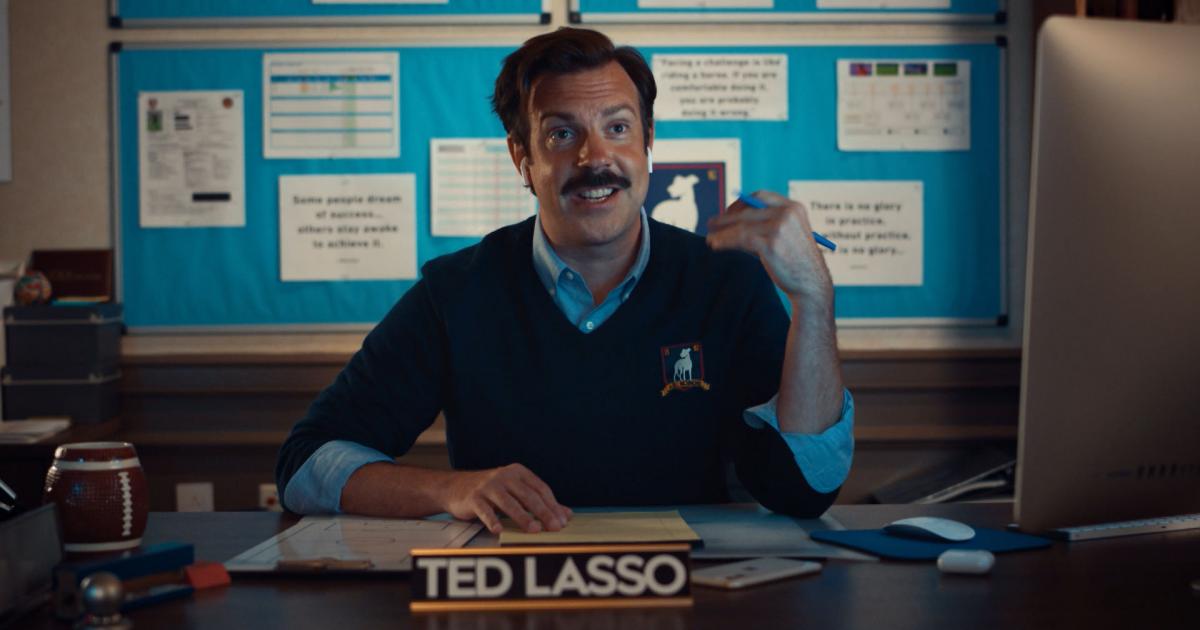 Fictional football manager Ted Lasso has taken the world by storm since the hit TV show was released in 2020.

The series sees a whimsical American coach swap NFL for football with very little knowledge of how the round ball game actually works.

Lasso is appointed the manager of an English club by the name of AFC Richmond and looks to steer the club to success despite a series of off-field dramas.

The show has won eight Emmys after just two seasons and now looks set to combine with another famous football franchise.

MORE: FIFA 23 release date and price | Is Ted Lasso based on a true story?

Is Ted Lasso coming to FIFA 23?

After rumours of a possible crossover, Ted Lasso’s official Twitter account seemed to confirm he would be gracing FIFA 23 in some form.

“Look out, Mario! You’re not the only pixelated man with a mustache who never knows where the tube is taking him…” the tweet from September 20 read.

The tweet is accompanied by an image of Lasso seemingly getting a face scan – something footballers often get to ensure they are represented accurately in FIFA games.

To add further fuel to the fire, EA SPORTS FIFA then commented on the post with a suggestive emoji.

How exactly Lasso’s addition to the game will work is still unclear, but one possibility could be being able to do career mode as the American coach.

Will AFC Richmond be playable in FIFA 23?

Lasso might also be joined in FIFA 23 by his fictional club AFC Richmond.

It’s been reported that the side was spotted when the FIFA 23 webpage initially went live before being swiftly removed.

Videos supposedly showing AFC Richmond in FIFA 23 when some users were able to access the game early have also been taken down under copyright.

With Lasso now all but confirmed to be in the game though, the addition of his club too seems to be a real possibility.

Whatever happens, it’s unlikely Roy Kent will like his player rating…

BREAKING: Roy Kent discusses the team’s win and the meaning of life. pic.twitter.com/Ene9VQkm8I

When is Ted Lasso season three being released?

While Ted Lasso looks poised to make an imminent cameo in FIFA 23, fans of the show have been waiting impatiently for a new season.

It’s now been over a year since the first episodes of season two were released and there is still no word on when season three will air.

Next season could be the show’s last having been created initially with a three-season arc.

“The story that’s being told – that three-season arc – is one that I see, know, and understood,” show creator and actor Jason Sudeikis told Entertainment Weekly.

“I’m glad that they are willing to pay for those three seasons. As far as what happens after that, who knows? I don’t know.”