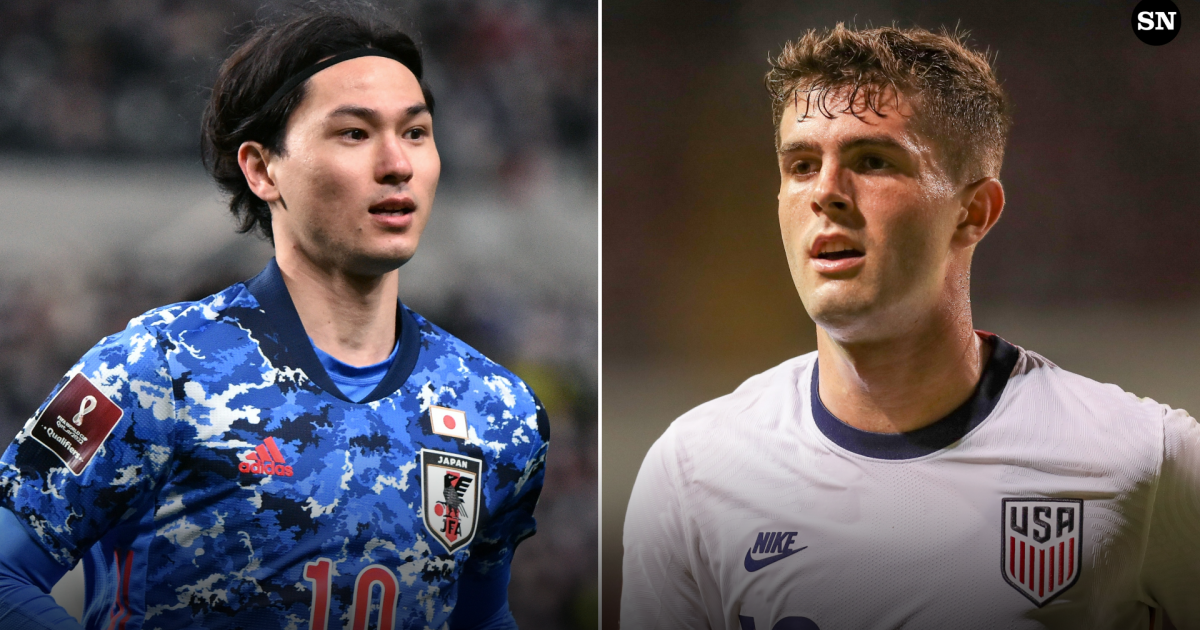 The USA begins its final international window before the 2022 FIFA World Cup with plenty of questions still left to answer.

Head coach Gregg Berhalter told the media that he has made decisions on roughly 23 of the players who will make the World Cup roster, but there are still a few places on the final 26-man squad that are up for grabs. The competition for the center-back and striker positions will likely influence those final selections.

The Friday matchup against fellow World Cup participants Japan (ranked No. 24 in the world) represents a difficult matchup against an experienced and improved Asian side. Japan reached the Round of 16 at the 2018 World Cup, knocked out by Belgium in a 3-2 loss which saw Japan build a 2-0 lead before a late collapse in the final 20 minutes.

Japan’s supporters expect the team to build on its knockout round qualification in 2018 and even shoot to go one step further and reach the quarterfinals. But they also realize they will have a tall task just getting out of their World Cup group: Germany, Spain, and Costa Rica join Japan with only two teams advancing.

Following this match, the USA will swing over to Spain where they will meet Saudi Arabia on Tuesday. Japan stay in Dusseldorf to take on Ecuador, also on Tuesday.

USA: Friday’s pre-World Cup friendly from Dusseldorf, Germany will be broadcast in both English (ESPN2) and Spanish (TUDN, UniMas) in the USA with both channels streamed on fuboTV.

Japan: In Japan, the friendly match can be found on Fuji TV, where most Japan national team games are broadcast, including the upcoming FIFA World Cup.

Köln: where the finishes are as smooth as the Kölsch 🍻 pic.twitter.com/iJc3WKo0D9

USMNT manager Gregg Berhalter has already announced the starters for a handful of key positions. Matt Turner will get the nod at goalkeeper, earning much-needed minutes given his club time is limited at Arsenal.

Turner will play behind the center-back pairing of Aaron Long and Walker Zimmerman. Sam Vines is in for the injured Antonee Robinson at left-back, while Luca de la Torre is likely to start for the injured Yunus Musah in midfield.

Up front, there’s no Tim Weah on the roster due to injury, meaning Brenden Aaronson and Gio Reyna should see time on the wing opposite Christian Pulisic.

MORE: Who should be the USA’s World Cup GK? | Will Pefok make the US roster?

Japan head coach Hijime Moriyasu will hope to use the match to help him decide on his two starting winger positions. The competition to claim the right wing involves Takefusa Kubo, Junya Ito, and Ritsu Doan, while Takumi Minamino and Kaoru Mitoma are battling it out for the left side.

Schalke’s 34-year-old Maya Yoshida, likely in his final World Cup cycle, will be relied upon to marshal the backline especially with Borussia Monchengladbach defender Ko Itakura suffering a partial MCL tear that has thrown his World Cup participation in doubt.

Other center-back candidates include Huddersfield Town starter Yuta Nakayama, Shogo Taniguchi of J-League title contenders Kawasaki, and young Ayumu Seko of Grasshoppers who is yet to earn his first international cap. It’s Taniguchi, fellow center-back Hiroki Ito of Stuttgart, Celtic midfielder Reo Hatate, and his club teammate Daizen Maeda who are thought to have the most to prove in this camp.

Odds via Caesars in USA and Sports Interaction in Canada.

The betting options for this international friendly are understandably limited, given that it’s hard to know exactly how each team will approach the game. It’s likely that both sides won’t start their best players from the beginning as the head coaches look to give fringe players the chance to earn World Cup roster spots.

Japan are the slight favorite, as the team that dominated Asian World Cup qualifying, and a squad that is thought to be improved on the one that reached the Round of 16 in the 2018 World Cup and had Belgium on the ropes.

Roger Federer’s final match: Is he playing at the Laver Cup?
Brittany Snow & Tyler Stanaland Spend Night Together Days After Splitting Up
Lena Dunham: “It was like we were all getting PhDs in Medieval history”
Rhea Seehorn Reunites With Better Call Saul Creator Vince Gilligan for Apple TV+ Drama
Bob Hearts Abishola – Episode 4.03 – Americans And Their Dreams – Promotional Photos + Press Release