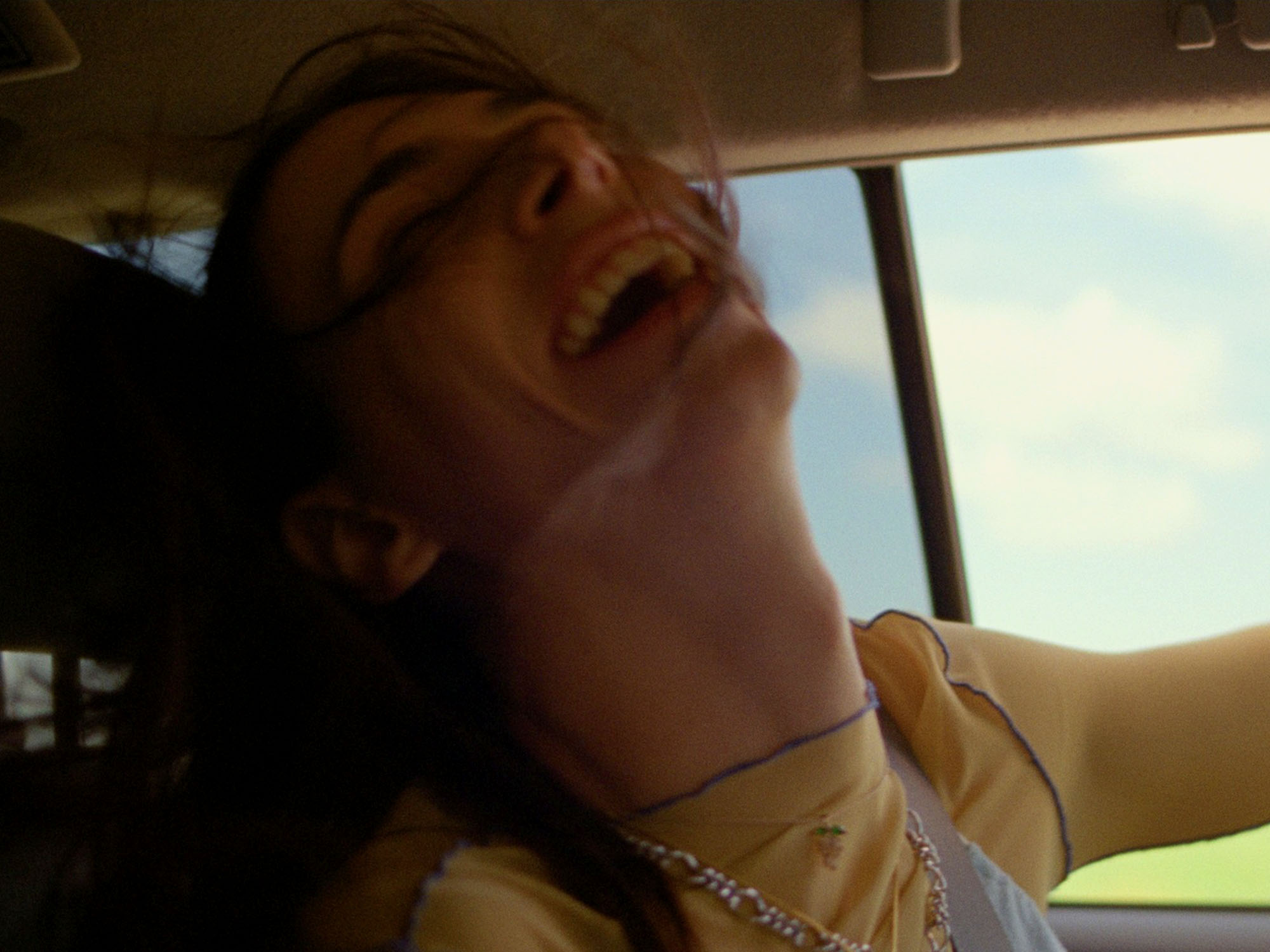 Luis De Filippis’ film is a great addition to a transgender cinematic canon in that it refuses to rely on overt explorations of trauma.

The holiday resort has proven to be an extremely reliable source of inspiration for filmmakers who seek to explore family dynamics in a pressure cooker environment, especially when foregrounding a protagonist whose life has been underscored by the feeling of being ‘othered’. This is how we meet Renatta (Carmen Madonia) in Luis De Filippis’ Something You Said Last Night, a trans twenty-something who, like most of us, is glued to her phone and vape.

Renatta was recently fired from her job and tries to keep that fact close to her chest as she tags along to a week-long family holiday. Her lively and vivacious mother Mona (Ramona Milano) plays old Italian pop hits on the drive to the seaside resort as sweet go-with-the-flow dad Guido (Joey Parro) sings along, while Renatta and her rebellious sister Siena (Paige Evans) exchange smiles and eye-rolls before also bursting into song.

The film’s setting does unfortunately mean that certain narrative beats become subject to predictability and repetition, yet the script’s sharp levity keeps the film from veering into trite or one-dimensional territory. Rather than depicting a spectacularised tale of acceptance, or a melodramatic coming of self story – narratives which we’ve grown more than accustomed to with on-screen representations of transness – De Filippis opts for a sweet and low-key affair that comfortably leans into a heartwarming portrayal of the trans mundane. Acceptance has already been established in this family, and moving beyond that narrative realm allows the film to blossom into a great addition to a transgender cinematic canon that refuses to rely on overt explorations of trauma.

Although Renatta is always typing away, we’re never privy to whom she’s texting. We’re instead left to imagine, perhaps a network of queer and trans-identifying folk, whose understanding doesn’t rely on acceptance, but on a mutual lived experience. Even if your family is on the more accepting side – Renatta’s closeness to her parents and sister is likely to spring feelings of envy for trans/queer audiences who didn’t luck out on that front – family is still family, which makes them annoying by default. With certain details being kept just out of reach for an audience that has an otherwise unobtrusive and intimate window into the lives and relationship dynamics of this Canadian-Italian family, a sense of agency grounds itself in the protagonist’s right to keep some things private.

De Filippis, who prefaced the screening of her film at the San Sebastian Film Festival by saying that this is a love letter to her own family, directs with sensitivity, confidence and tact, offering a slice of life representation that brims with authenticity. When it comes to the mechanics of transness, the fact that they aren’t a primary preoccupation does not signal their absence. Depictions of microaggressions as well as the subtle yet inherent loneliness of the trans experience are naturally present, just as much as moments of tenderness and joy.

When Siena starts vomiting from having too much to drink, we’re braced for the name calling that is bound to ensue from a group of local young men as Renatta goes up to ask one of them to drive them back, but she remains largely unphased. Back at the resort, Renatta runs a bath for her sister, and the two share a beautiful moment in the tub. Rarely does an exchange of words have the ability to convey the depths of familial intimacy that can linger in a silent look of reassurance, or a simple stroke of the shoulder.

Shop Our Favorite Styles From Hilary Duff’s New Fashion Collection With Carter’s
When are the NFL London Games 2022? Schedule, times, tickets, TV channels and live stream details as six teams head to the UK
Warner Bros. Denies Conflict With Olivia Wilde After Allegation of “Screaming Match” With Florence Pugh
Abbott Elementary’s Lisa Ann Walter Reacts to TikTok’s Love for Her Parent Trap Character
Days of Our Lives Round Table: Is Clyde the Killer?