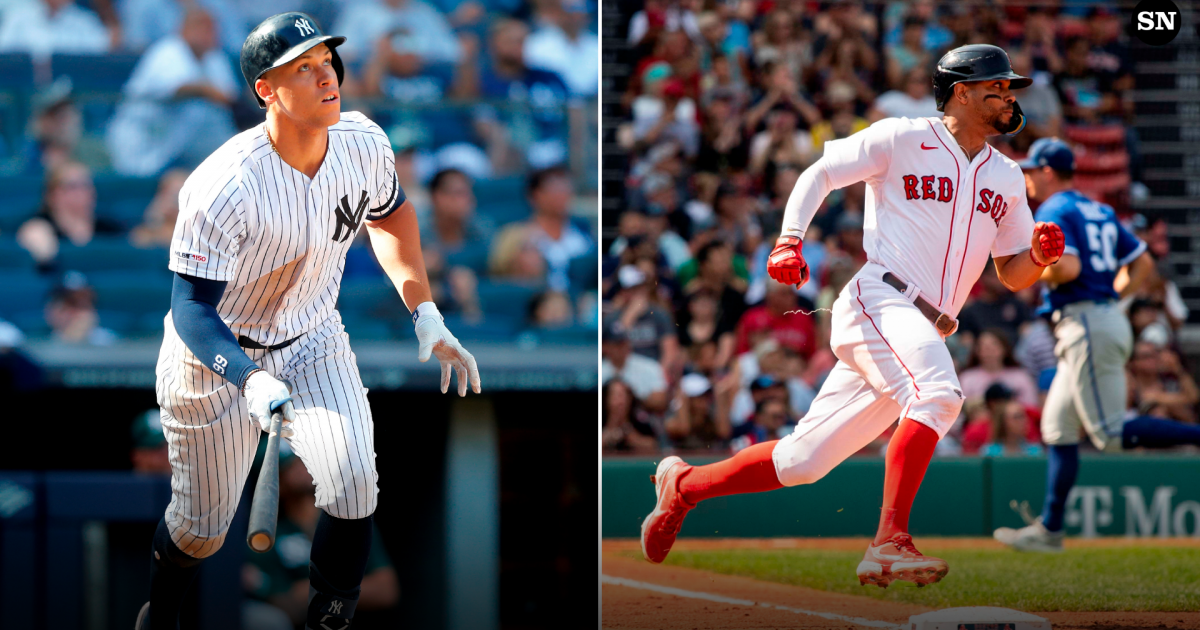 Aaron Judge continues to chase history Friday as the Yankees host the Red Sox. It has been a tale of two seasons for the Yankees — they cooled off after a scorching-hot start — but Judge has been steady as the best player in baseball.

The superstar slugger sits at 60 home runs, just one off Roger Maris’ American League record and the Yankees franchise record as well. On top of that, Judge is also in the mix for the Triple Crown in the AL, which means every at-bat counts as he tries to fend off the Twins’ Luis Arraez and the Red Sox’s Xander Bogaerts in the batting race.

The Red Sox are hurtling toward an offseason with more questions than answers. Boston is the only team under .500 in the AL and several key players are pending free agents. Playing spoiler as the season winds down would be a welcome footnote to a mostly forgettable year.

MORE: How likely is it that Aaron Judge leaves the Yankees?

The Yankees will have ace Gerrit Cole on the mound while the Red Sox will send out veteran left-hander Rich Hill. Hill has allowed 12 home runs this season, with a 2.6 a home run rate.

What channel is Yankees vs. Red Sox on today?

Yankees vs. Red Sox will not be televised. Instead, it will be streamed on Apple TV+. This means it also won’t be available on MLB.TV.

The game can be watched here with an Apple ID. This is a free game, meaning only an Apple ID is necessary. No payment information is required.

Yankees vs. Red Sox game is scheduled to start at 7:05 p.m. ET on Friday at Yankee Stadium in New York.