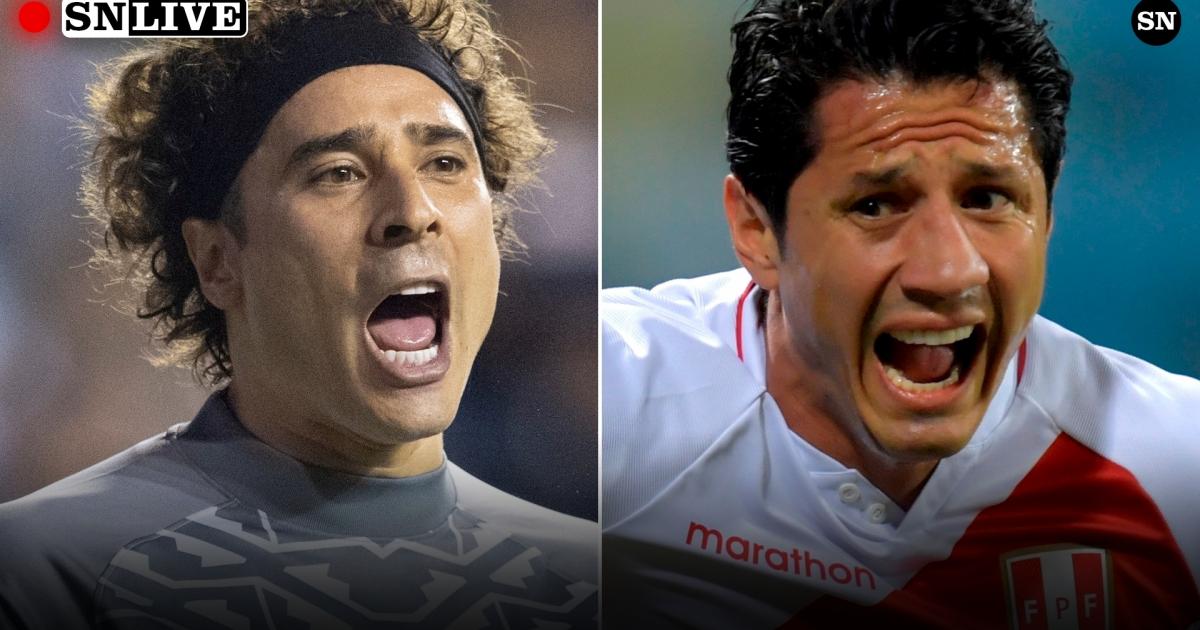 Mexico could use a pair of convincing performances during the September international window to win back its supporters and tone down the media criticism of recent months which has placed manager Gerardo ‘Tata’ Martino firmly in the crosshairs. It starts with Saturday’s match against Peru at the Rose Bowl.

After a positive start to his tenure at the helm of Mexico’s men’s national team, the last year has been a difficult one for Martino.

A series of losses to heated rivals USA, other punchless displays, and a general goal-scoring malaise have created an air of pessimism ahead of the 2022 World Cup where the minimum expectation is the same as every World Cup: the ‘quinto partido’ (a fifth game in the quarterfinals).

As it stands, Mexico will need to be at their best just to get out of Group C, where they have to face Argentina, Poland, and Saudi Arabia and successfully finish among the top two teams in order to simply reach the knockout rounds. The prospect of facing Lionel Messi and Robert Lewandowski is not inspiring confidence among El Tri fans.

Peru fell just short of qualifying for the 2022 World Cup, falling on penalties in a playoff against Australia. That led to a coaching change and the Juan Reynoso era will begin against Mexico. ‘El Cabezon’ knows El Tri and its players well, having coached Liga MX side Cruz Azul and led them to their first championship in 23 years.

MORE: All about Mexico’s Group C opponents at the World Cup

52nd min.: Chance Mexico! Edson Alvarez with a rising shot from distance that just missed the crossbar. El Machin taking the initiative into his own hands to make things happen.

46th min.: SUB Peru. Carlos Zambrano takes over at center-back for Anderson Santamaria. And the second half is finally underway. Mexico took a while coming out to the field. Peru were waiting for a few minutes.

Halftime: It’s here we go again from Mexico. Everyone knows that El Tri has issues scoring goals, but today the problem has been a lack of chances. Period.

Chucky Lozano isn’t getting the ball in dangerous places. Piojo Alvarado has been busy, but not impactful. Henry Martin is waiting for any service. In midfield only Luis Chavez has tried to join the attack, but Peru have numbers behind the ball.

What changes could Tata Martino make in the second half? If Alexis Vega and Uriel Antuna are healthy enough, they could help change the look of this game with their unpredictable play.

40th min.: This first half has 0-0 written all over it. Mexico have the ball, but can’t create much at all. That’s been their big problem in recent months.

Peru are organized and have not been troubled. If new manager Juan Reynoso takes some more risks in the second half, it feels like they could cause issues for El Tri. They’re opting not to push hard for a goal so far.

30th min.: Peru chance! Renato Tapia whips in a cross from the left side and Andre Carrillo connects with a header that only misses the left post by about a foot.

26th min.: A look at the players who are not part of the matchday squad due to injury. They could be helping contribute to the action in this game. There’s been very little.

20th min.: Mexico corner. El Tri are most dangerous on set pieces and on one corner Henry Martin gets a header off, but it’s nowhere close to the mark.

13th min.: It’s been mainly Mexico in possession, but Peru is not bothered by it and they’re waiting for their moment. It’s hard to see how Mexico are going to create chances.

Chucky Lozano is not particularly energetic to start. Right-back Luis Advincula is all over him.

8th min.: Free kick for Mexico. Luis Chavez delivers it with his cultured left foot, but the Cesar Montes header at the near post is way off target.

4th min.: What’s notable early on is that Edson Alvarez is dropping back between the Mexico center-backs to help in buildup play out of the back.

1st min.: We’re underway. Mexico kick off. El Tri are finally back in green. Peru are in red with the white sash.

5 mins from kickoff: Teams are out on the field ahead of the national anthems. Peru are up first.

60 mins from kickoff: The reported lineups in the lead-up were confirmed. No surprises from either side:

90 mins from kickoff: El Tri fans are warming up well in advance of kickoff:

120 mins from kickoff: Whether or not Tata Martino really skipped the open training session prior to the Mexico-Peru match to avoid “Fuera Tata” (Tata Out) chants, the fact that the news got out means he’ll definitely be hearing it during the match at the Rose Bowl.

The latest “scandal” in Mexico centers on Tata Martino’s decision to skip at an open training session for paying fans at the Rose Bowl, to avoid the Fuera Tata chants.

“If Tata Martino isn’t up for it then say thank you and bring in someone who will face the situation.” https://t.co/msomsJIxeO

Players like right-back Kevin Alvarez, winger Roberto ‘Piojo’ Alvarado, and forwards Henry Martin and Santi Gimenez are among the players hoping to impress enough to lock up their ticket to Qatar.

A host of players are expected to be sidelined due to various knocks (Hector Herrera, Jorge Sanchez, Rogelio Funes Mori and Raul Jimenez have been named), and Luis Romo also joined them. ‘Tecatito’ Corona is not with the group out with a long-term injury (fractured fibula).

The first lineup for new manager Juan Reynoso features what looks like a 4-2-3-1 with forward Gianluca Lapadula leading the line. Luis Advincula wins out over Aldo Corzo at right-back. Peru regulars Yoshimar Yotun and Andy Polo are not on the team due to injury and Piero Quispe didn’t make the cut for the matchday squad.

MORE: The Mexican cities that will be hosting the 2026 World Cup

The match from the Rose Bowl in Pasadena, California will be broadcast in the USA on Univision and simulcast on TUDN, with both channels available to stream on fuboTV.

The head referee will be Bryan Lopez from Guatemala, and he’ll team up with twin U.S. assistant referees Ian and Frank Anderson, as well as fourth official Walter Lopez, also of Guatemala. There will be no VAR for the match.