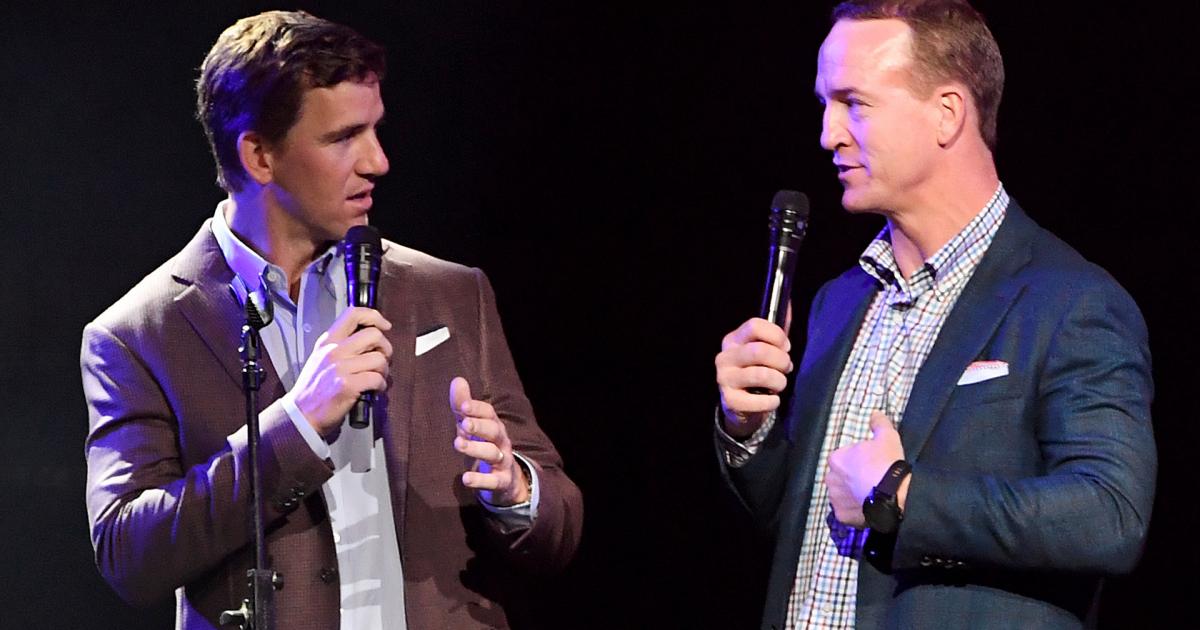 After a wildly successful debut in 2021, the Manningcast is returning for its sophomore season in 2022.

For the second year in a row, it’s going to be a 10-game season for the Peyton and Eli Manning. It featured 38 guests last year, including the likes of Charles Barkley, Rob Gronkowski, Pat McAfee, Bill Parcells, and David Letterman. Guests are generally announced close to the game.

The Manningcast made its bones as a fun alternative to the humdrum of a regular NFL broadcast. “Monday Night Football,” however, is seeing an overhaul in its normal broadcast booth this year, with Joe Buck and Troy Aikman taking over for Louis Riddick, Steve Levy, and Brian Griese. The former Fox A-Team will bring a different flavor.

Peyton and Eli, however, have a completely different attitude on their broadcast. Even their demeanor is more relaxed when they’re on-screen, which contributed to their popularity.

MORE: TV schedule, channel for Broncos vs. Seahawks in Week 1

When is the next Manning broadcast?

The next Manning broadcast will be the first Monday Night Football game of the year.

Russell Wilson’s return to Seattle as a Denver Bronco in Week 1 will be called by Manning & Manning, as the Broncos try to get this season off on the right foot. The Seahawks, meanwhile, are looking to see what they have at quarterback in Geno Smith.

It will then take a one-week break as the Disney family carries two games in Week 2. It will return for Week 3 with an NFC East showdown between the Cowboys and Giants.

How to watch Manning brothers on ‘Monday Night Football’

“Monday Night Football with Peyton and Eli” will air on ESPN2. It will also be simulcast on ESPN’s streaming service, ESPN+, which has several subscription options. You can view them all below.

Why Peyton and Eli Manning are on ‘Monday Night Football’

“Offering multiple Monday Night Football viewing options for the next three seasons continues our innovation efforts and provides additional value for our fans,” chairman of ESPN and sports content Jimmy Pitaro said last year, via a press release. “Peyton and Eli will bring a different approach, delving into conversation about broader, big-picture topics while also honing in on the game, much like fans do when watching with their family and friends.”

The agreement was a big deal for ESPN. Peyton Manning had declined to host “Monday Night Football” for several years due to travel and not wanting to criticize Eli during his playing career. The elder Manning has, however, produced several shows on ESPN, including “Peyton’s Places and “Detail.” Thus, a step into the broadcast booth — albeit from the comfort of his home — seemed logical.

“This partnership with ESPN and The Walt Disney Company reflects an ongoing, shared commitment to offering fans fun, innovative content,” Peyton Manning said in a press release. “ESPN+ has been a terrific partner for Omaha Productions [Manning’s production company] as we built out The Places franchise and we’re excited to co-create a new MegaCast format that will have something for everyone.”

The Manningcast was a huge success last year, with fans loving the casual commentary from the Manning brothers and the guests that they have brought onto the broadcast. It served as a solid foil to the traditional broadcast team, which was the only watch option when the Manningcast wasn’t been on the air.

“Monday Night Football” games featuring the Manning brothers are denoted with an asterisk.