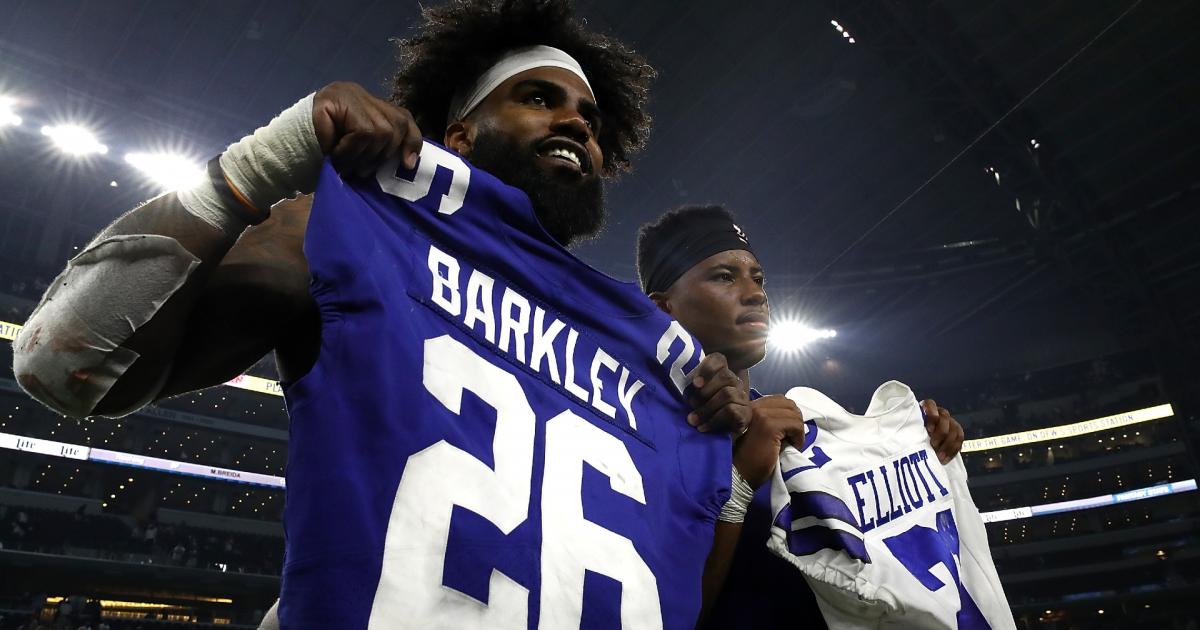 The Battle of the Backs arrives Monday night.

While prime-time games are often reserved for prime-time QB matchups, very few will be tuning in to “Monday Night Football” in Week 3 to see Cooper Rush and Daniel Jones sling it.

Rather, all eyes will be on Cowboys running back Ezekiel Elliott and Giants running back Saquon Barkley as the high-motor pair will look to rush their team to victory.

Barkley has seemingly turned back the clock in the early going of the season. In Week 2, he had an explosive second half to help push the Giants (2-0) past the Panthers.

Elliott and Tony Pollard will likely have to carry more of the load in Dallas while Dak Prescott recovers from a hand injury. Elliott has yet to get going, but expect him to get volume carries if nothing else in Week 3.

It’s the first meeting of the season between the NFC East rivals, and it happens on a Monday night. Here’s how to watch:

What channel is Cowboys vs. Giants on today?

Cowboys vs. Giants is the “Monday Night Football” matchup for Week 3, meaning Joe Buck and Troy Aikman will be in the booth and Lisa Salters will report from the sideline.

Those who choose to stream “MNF” have several options. FuboTV carries the ESPN family of networks as well as CBS, Fox, NBC and NFL Network, which means they will be able to stream local games throughout the 2022 season. FuboTV also offers a free trial.

Viewers in Canada will be able to stream the game via DAZN.

What time is Cowboys vs. Giants on today?

The Cowboys will travel to MetLife Stadium in East Rutherford, N.J., to take on the Giants.

Cowboys vs. Giants will be simulcast on ESPN and ABC. That means it will be available to stream on the ESPN app, as well as ESPN+ (with a subscription).

Other streaming options for Cowboys vs. Giants are as follows: