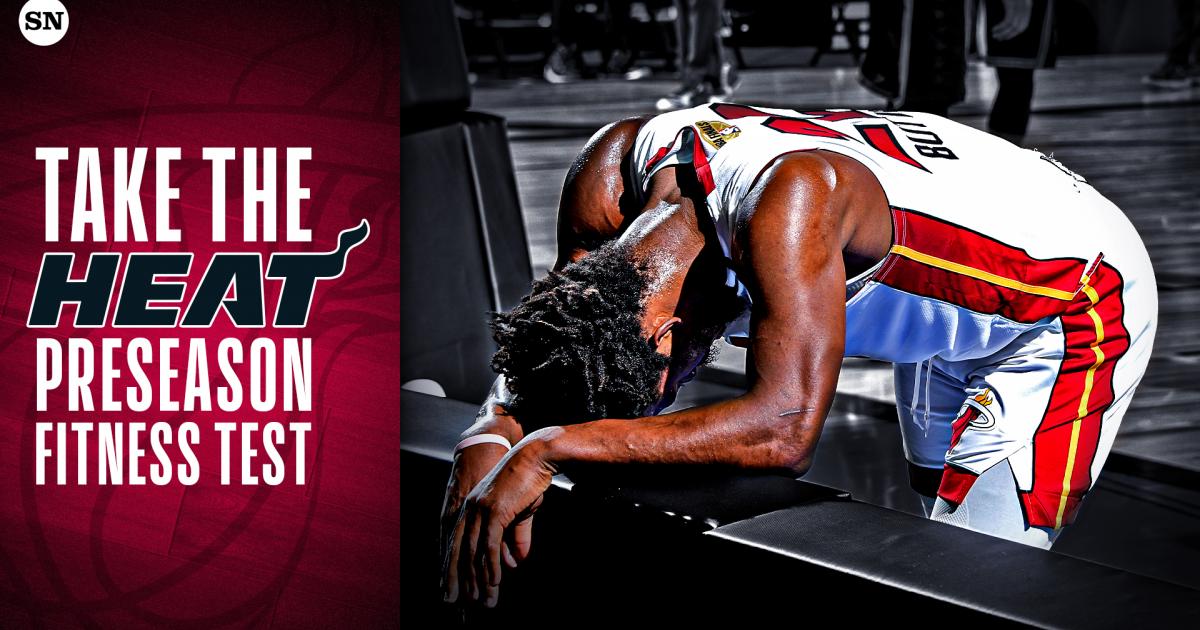 Heat culture is well-established in NBA lore. The team prides itself on the idea that Miami is not for everyone, and the Heat believe that they can generate an advantage by targeting players that are willing to go above and beyond in outworking their opponents.

Establishing that culture begins before players are even admitted into the team’s training camp. One of the first activities that players must take part in is what has become known as the hardest preseason conditioning test in the league.

What is the Heat’s conditioning test?

The test is fairly simple. Players line up in three groups based on position. Guards and wings get one minute to run ten lengths of the court, or 940 feet. Big men get 62 seconds to complete the same distance.

The players get a two-minute break, then repeat another ten lengths. Players continue running for five rounds in total.

To make it a bit easier, players are able to bank time for later rounds if they finish in under a minute in the earlier ones. For example, if a guard finishes his first round in 55 seconds, he can take an extra five seconds to finish a later round.

It’s not uncommon for a handful of players to fail the test on their first attempt. Kyle Alexander, a member of the Heat’s 2019-20 team, won the contest with the fastest time during his training camp. But he told The Sporting News that four players did not pass on their first go.

One of those players was Jimmy Butler, as reported by Brian Windhorst of ESPN. His back cramped up during his final round, and he was unable to finish in time. In true Butler form, he returned before 4 a.m. the next morning and passed.

“If you pass, then you’re free to just do training camp and compete,” Alexander said. “If not, you have to do extra conditioning during training camp. It’s brutal. It was a rough go for some guys on the floor.”

The test is physically exhausting. A few players were throwing up during Alexander’s run. But the mental aspect is also a tough challenge.

The Heat put the lights on. They play music. And, right in the middle of the drill, team president Pat Riley sits in his chair watching everyone compete.

“You’re nervous for sure,” Alexander said. “I remember Meyers Leonard came up to me afterwards. He’s like, ‘I’m so freaking happy I passed. It’s like a weight lifted off my shoulders.'”

Does everyone run the conditioning test?

On rare occasions, some veterans have opted out of the test because of injury concerns. But if you’re healthy, it doesn’t matter how old you are or how famous you are. You’re running the test.

“Even [Udonis] Haslem is out there running,” Alexander said. “They showed us this clip, and they showed LeBron [James] and Chris Bosh and [Dwyane] Wade running the test.

“Nobody gets away from this.”

How good is the Heat’s strength and conditioning program?

Players have raved for years about how great the Heat are at getting them in peak physical condition.

Alexander, who has played in Canada and overseas since leaving the Heat, told The Sporting News that he hasn’t experienced a training program on par with the NBA club’s routine.

“The jumps I took just in one summer, working out with them just four days a week, was incredible,” Alexander said. “I was the strongest I’ve ever been, the best shape I’ve ever been.”

Riley has always been big on running, dating back to his own coaching days. The Heat also have a top-tier nutritionist that teaches players about proper diet.

But the star of the program is strength and conditioning coach Eric Foran.

“I’m telling you that culture is different, man,” Alexander said. “Eric Foran, the conditioning coach, I even reached out to him when I was playing abroad last year. I was like, ‘Is there any chance I can get our regimen from what we did?’ Because I was the strongest I’ve ever been, the best shape I’ve ever been in.

“They just know what they’re doing over there. They have a cheat code. I was in it, and I’m trying to figure out what it was.”