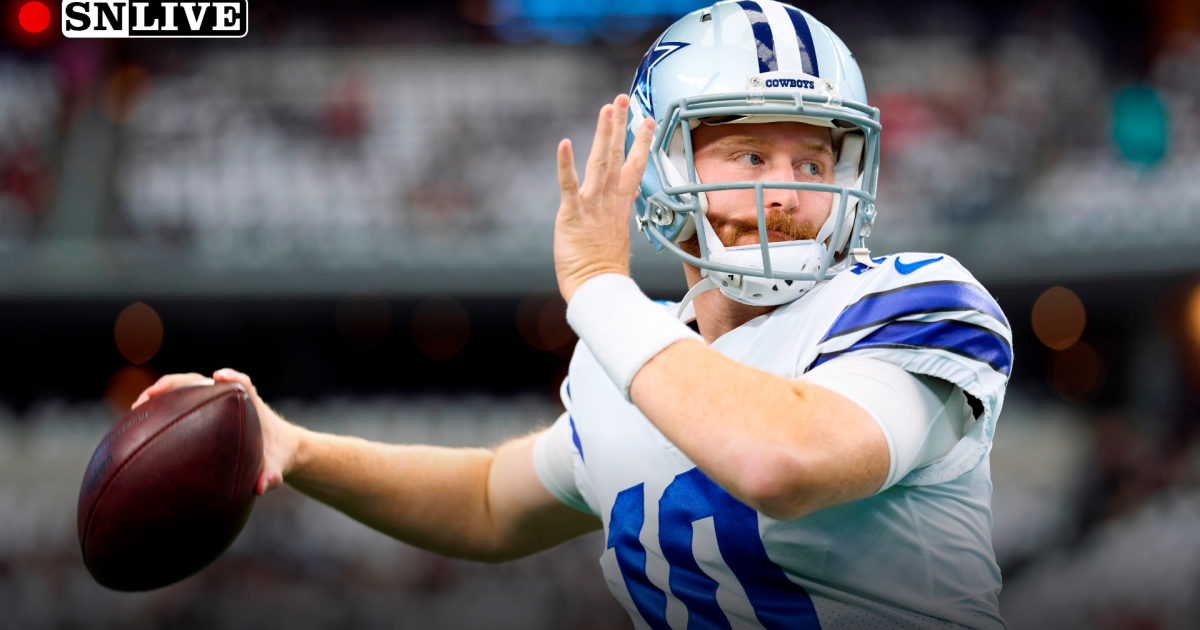 It seems like it’s never a dull affair when the Cowboys and the Giants face off.

The NFC East foes renew their rivalry this week on “Monday Night Football,” with both teams battling for position early in the season.

The Cowboys come into the game on the heels of an important win over the Bengals. With Dak Prescott injured and Dallas staring a dreaded 0-2 start in the face, fill-in quarterback Cooper Rush led a clutch drive in the final minutes to set up a game-winning field goal by Brett Maher.

The victory put the Cowboys back on track after a brutal season-opening loss to Tom Brady and the Buccaneers in Week 1 in which they failed to find the end zone — and Prescott was hurt in the waning minutes. They’ll be hoping to turn their newfound momentum into a win at the Meadowlands.

Meanwhile, the Giants are sitting pretty after their first 2-0 start since 2016.

A thrilling comeback win over the Titans in Week 1 got the campaign off to a great start. Daniel Jones found Chris Myarick in the end zone with barely a minute left on the clock, and Saquon Barkley converted a 2-point try to give New York the lead — and ultimately the win.

Last week, a 56-yard Graham Gano field goal and clutch fourth-quarter defense led to a win over the Panthers.

Their hot start has surprised many experts. They’ll be looking to prove this week that it’s not a fluke.

Sporting News is tracking live scoring updates and highlights from Cowboys vs. Giants on Monday night. Follow along for all the key moments from the Week 3 matchup.

8:45 p.m. — A few chunk plays by the Giants have moved them to near midfield as the first quarter winds down.

8:42 p.m. FIELD GOAL — Brett Maher knocks through the chip shot to give Dallas the lead.

8:41 p.m. — Ezekiel Elliot gets stuffed twice, then a false start backs up the Cowboys. Rush throws on 3rd down but it’s incomplete, and there was another penalty anyways. Another field goal try incoming.

8:37 p.m. — Cooper Rush continues to show great chemistry with Noah Brown, who’s off to a hot start this season. The two link up for a couple of completions to move deep into Giants territory. They’ve got 1st and goal at the 5-yard line.

8:31 p.m. — The kick is BLOCKED. Dorance Armstrong gets a hand on it to deny the Giants! That’s a big play early on for Dallas.

8:27 p.m. — Another Jones completion, this time to Daniel Bellinger, has the G-men closing in on the red zone.

8:25 p.m. — The Cowboys thought they forced a 4th down, but a defensive holding call keeps the drive alive. Two plays later, Jones finds Saquon Barkley for a 13-yard pickup.

8:22 p.m. — A holding penalty kills the Cowboys’ momentum. After a short gain on 3rd and long, the Cowboys have to punt it away. Daniel Jones gets the ball for the first time.

8:17 p.m. — Rush finds CeeDee Lamb for a 15-yard gain on the first play from scrimmage, then Tony Pollard scurries for another first down. A bright start for the Dallas offense.

8:15 p.m. — The Giants kick it away, with the Cowboys getting the ball first. Let’s see what Cooper Rush can do on the opening drive.

8:12 p.m. — Kickoff is coming up in just a few minutes. If the Giants win tonight, they’ll join Miami and their NFC East rivals Philadelphia as the only undefeated teams left in the NFL.

7:59 p.m. — Saquon Barkley looks fired up for this one. The Giants would start a season 3-0 for the first time in 13 years with a win tonight.

The hype for Monday Night is real. @Saquon @Giants

7:40 p.m. — Giants rookie LB Kayvon Thibodeaux is finally set to make his NFL debut. The No. 5 pick in the 2022 NFL draft has been sidelined with a sprained knee for the first two weeks, but he’s good to go tonight.

Who is ready for @kayvont‘s debut 🖐

7:27 p.m. — Former Cowboys star Dez Bryant is in the building tonight — and he’s rocking a pretty sweet hat too.

Cowboys vs. Giants will kick off at 8:15 p.m. ET from MetLife Stadium in East Rutherford, N.J.

What channel is Cowboys vs. Giants on tonight?

The game will be broadcast nationally on ESPN and ABC. Joe Buck (play-by-play), Troy Aikman (analysis) and Lisa Salters (sideline reporter) will be on the call from MetLife Stadium. Fans looking for a live stream can tune in with a subscription to ESPN+.

ESPN 2 will be showing “Monday Night Football with Peyton and Eli,” better known to fans as the “Manningcast.”