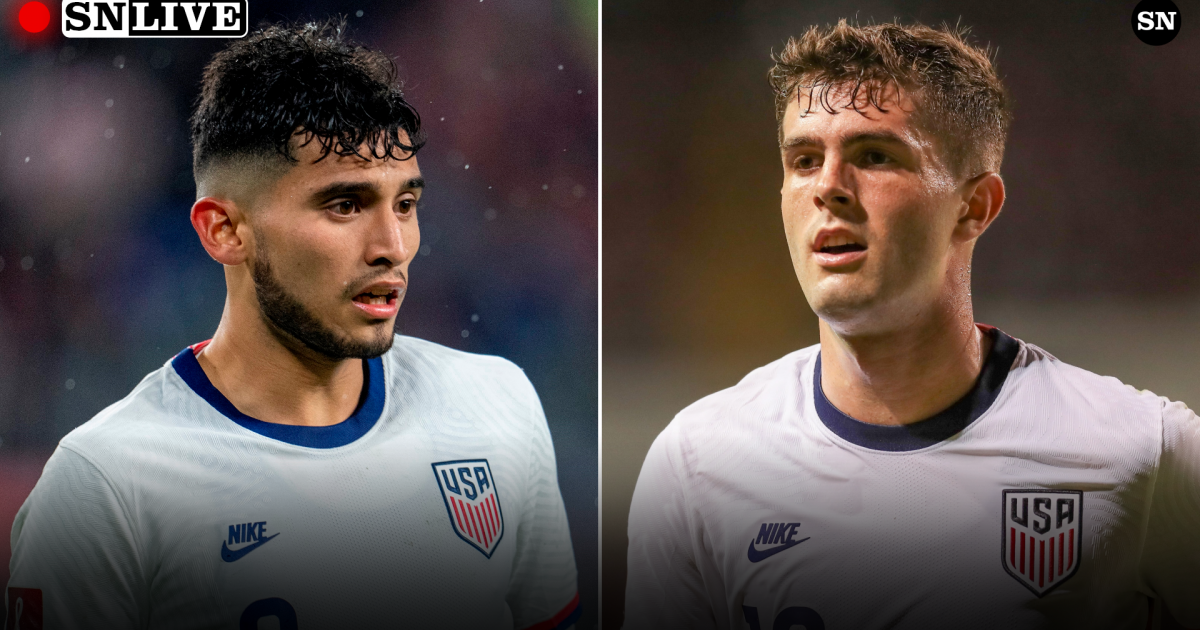 Gregg Berhalter and the USA take the field for the final time before the 2022 World Cup as they match up against Saudi Arabia for an international friendly in Murcia, Spain.

The USMNT was well beaten by fellow World Cup opposition Japan last time out, falling to a 2-0 defeat as the Asian side pressed them hard and forced the U.S. into numerous turnovers.

They’ll be expected to bounce back against Saudi Arabia, but Japan finished behind the Saudi team in Asian World Cup qualifying and lost to them in Jeddah.

It would obviously serve the U.S. well to head into the World Cup on the back of a win, but fans will probably spend the next two months worrying no matter Tuesday’s result.

The Sporting News will be following the USA-Saudi Arabia match live and providing score updates, commentary and highlights as they happen.

DECOURCY: Why Pepi might be USA’s best chance at resolving forward conundrum

60 mins to kick: We’re still waiting for the USMNT starting lineup, but the Saudi Arabia starters are in. Surprisingly, they’ve made a change in goal after Mohammad Al-Owais played extremely well against Ecuador on Friday, making five saves, but he’s swapped for 25-year-old Mohammed Al-Rubaie.

75 mins to kick: Following Gregg Berhalter’s pre-match press conference yesterday, USMNT fans on social media went into sleuthing mode after the USA head coach said he was missing five starters due to injury. While fans were able to pin down that Antonee Robinson, Yunus Musah, and Timothy Weah, the other two supposed starters were up for debate.

Some believe that Berhalter was referring to any of the numerous center-backs out injured at the moment, including Miles Robinson, Chris Richards, or Cameron Carter-Vickers. However, others believe that this quote indicates that Berhalter still feels that Zack Steffen could be the starting goalkeeper despite the positive performances of Matt Turner of late. Steffen overtaking Turner at this point would represent a real surprise.

Gregg Berhalter says in a perfect world, he knows his starting 11 to play Wales for the first match of the World Cup. He adds that injuries may impede that 11.

“Even in this camp, we’re missing 5 starters”. #USMNT

USMNT manager Gregg Berhalter confirmed that Christian Pulisic will be back in the lineup after missing the Japan match following a slight knock in training. Berhalter also revealed that Ricardo Pepi will get another chance in the starting striker role as the battle for the center-forward spot continues.

Reggie Cannon will not be available after suffering a groin strain, which will sideline him for “a few weeks.” He joins a list of players who are out due to injury, including Valencia’s Yunus Musah, whose absence was particularly felt in midfield against Japan. Antonee Robinson, Cameron Carter-Vickers, and Zack Steffen also stayed at home for these September friendlies.

USA subs (12): (Lineups released one hour prior to kickoff)

The leading Saudi goalscorers on the roster are midfielders Salem Al-Dawsari and Fawad Al-Muwallad, both on 17 goals. They are the only two with double-digit international goals on the roster. The midfield is extremely experienced, with four players sitting at over 49 caps.

Saudi Arabia subs (12): (Lineups released one hour prior to kickoff)

How to watch USA vs. Saudi Arabia

Tuesday’s friendly match between the United States and Saudi Arabia from Estadio Enrique Roca in Murcia, Spain will be televised by FS1 (England), TUDN and Unimas (Spanish). All three channels are streamed on fuboTV.

MORE: Turner the only standout performer in 2-0 friendly loss to Japan

Saudi Arabia have failed to score in all three of their international friendlies since the end of World Cup qualifying, held off the scoresheet by Colombia, Venezuela, and Ecuador.

That has led to odds favoring fewer goals in the match, with the U.S. also struggling with a striker crisis. Ricardo Pepi will get the start up front for the United States, hoping to prove the bookmakers wrong.