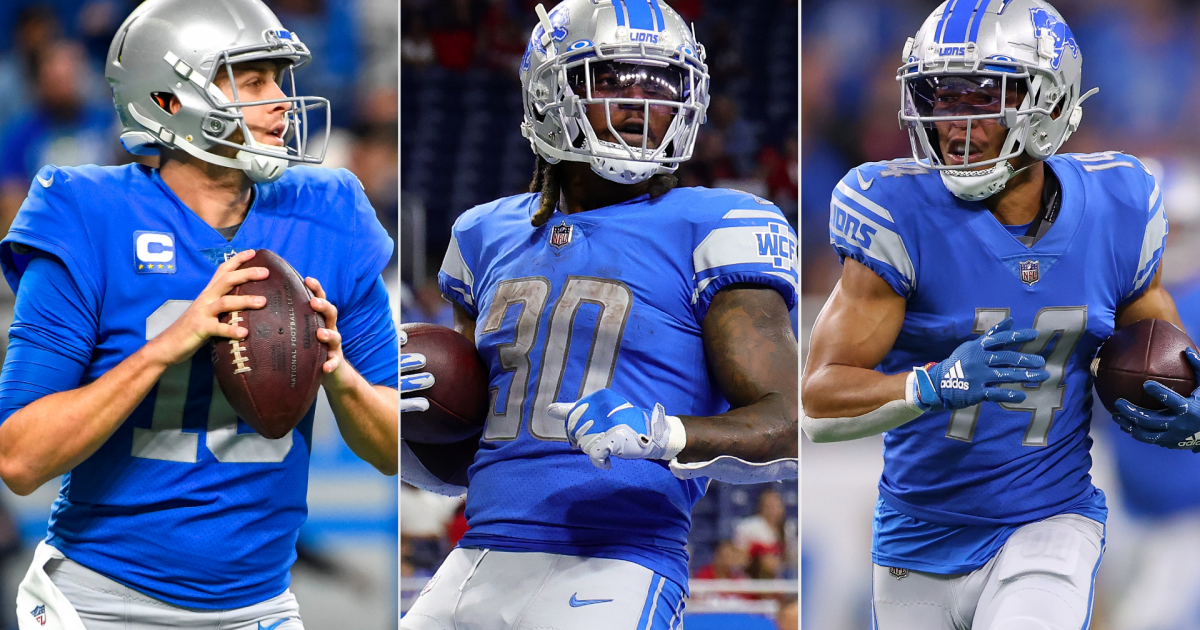 The NFL DFS main slate for Week 10 is once again going to be a challenging one, especially at the quarterback position. QB has been weaker than usual this year, and bye weeks, injuries, and a game in Germany are knocking out a couple of high-quality options from the main slate. There is only one top-tier quarterback guaranteed to play and be healthy this week, which gives daily fantasy football players fewer traditional stacking options. Finding differentiation in DraftKings and FanDuel lineups is even more important than usual.

There’s no better way to differentiate a lineup and win DFS prizes than to find the right stack. Just ask those who paired Joe Mixon with the Bengals defense last week. Stacking involves selecting multiple players from the same team in the hopes that they can have success together, not just as individuals. That synergy creates an opportunity to earn double points, which raises the ceiling of lineups significantly.

You can approach stacks in a traditional sense, targeting QBs and their top receiving weapons or opting for RBs and D/STs — basically, any grouping of players whose success tends to correlate with one another. You can also take a contrarian approach and hope that your lineup differentiation is strong because of your unique choices.

DraftKings and FanDuel remain the top DFS platforms worldwide, but DraftKings has the more variable pricing. That makes it a bit easier to craft creative stacks, especially when targeting cheaper receivers. That’s not to say you can’t stack on FanDuel; it’s just sometimes harder to find value when doing so.

Below are some of our favorite sets of teammates for Week 10 DraftKings and FanDuel lineups.

With Josh Allen nursing an elbow injury and playing a tough Vikings defense, Mahomes qualifies as the best of the elite quarterbacks on the slate. He is coming off a game that saw him throw a career-high 68 passes for 446 yards and a touchdown. He also scrambled for 63 yards and a touchdown, showcasing that he still has upside as a runner.

Mahomes has the highest floor of any quarterback on the Sunday slate. He is facing a Jaguars defense that gives up the 11th-most DraftKings fantasy points per game (FPPG), so he will continue to rack up solid passes and scrambles.

Any time you have Mahomes in your lineup, it’s good to get Kelce. He is averaging 9.6 targets and nearly a touchdown per game (seven scores in eight outings). Meanwhile, Hardman is averaging 4.3 receptions and 56.5 yards over his past four games and has scored in three consecutive contests. That makes him a nice, cheap option to go with the two higher-price playmakers.

We’re not chasing points with Fields here. His production is legit. He isn’t likely to run for 178 yards again, but he averaged 76.7 rushing yards per game in his three outings before that. He has also tallied a rushing touchdown in three straight games.

Fields has one of the highest rushing floors among quarterbacks, and that’s why his price is going up. Still, he may be underpriced, so targeting him along with his top receiver Mooney, who has averaged 5.5 receptions and 58.5 receiving yards per game in his past four outings, is a sensible move.

Kmet is the last part of the stack. He’s not the sexiest option, but he has racked up three touchdowns in the past two weeks. He will easily pay off his price tag if he finds the end zone again, so he’s a nice, cheap option at tight end, especially against a Lions defense that allows the fourth-most FPPG to tight ends.

Look, this one is simple, so we won’t spend a ton of time breaking it down.

Saquon Barkley is averaging 97.4 rushing yards per game in 2022. That’s good for the third-most in the NFL. The Texans have allowed the most rushing yards (1,234) and rushing touchdowns (12) to running backs this season. Barkley should feast early and often in this one, especially if the Giants can jump out to a lead. Stack him with New York’s solid defense against a one-dimensional Texans’ offense.

This stack is a weird one, but it just might work. Why? Because the Colts are a mess as they head into Week 10.

Indianapolis fired Frank Reich after their Week 9 loss to the Patriots. That was already going to put them in some turmoil. Then, they hired Jeff Saturday as the interim coach, which was confusing considering that Saturday has no previous NFL coaching experience.

Additionally, the Colts have no experience at the offensive play-caller spot, so they may struggle moving the ball with backup Sam Ehlinger in the game. That makes the Raiders defense a nice play.

You could pair the Raiders’ defense with Josh Jacobs for a traditional stack, but this contrarian stack gives us both differentiation and upside. Rolling with Adams may be chasing some points after his two-TD outing against the Jaguars, but he has at least 10 targets in four games this season. He’s always a threat to go off.

As for Carr, he has multiple passing touchdowns in five-of-eight games this season, so he should prove serviceable as a mid-tier quarterback option.

The Dolphins’ defense has taken a step back after a solid start to the season. They allowed the Lions and Bears each to total more than 375 yards of offense and 27 and 32 points respectively. Will the Browns be able to do the same?

Brissett and Co. are coming off a bye and are desperate to win to keep the team alive in the AFC wild-card hunt. They will be motivated, but they are also in good matchups. Miami has allowed the most FPPG to quarterbacks this year, and they are tied for the eighth-most rushing yards allowed to running backs and ninth-most yards to wide receivers.

Brissett, Chubb, and Cooper can take advantage of those weaknesses. As such, this could be a surprise shootout that ends with the Browns putting up similar point totals to the Bears and Lions. Either way, you’ll want Cleveland players, and these are the three best.

The Lions have been hit-or-miss from a fantasy perspective this season, but this seems like a good spot for them. The Bears traded Robert Quinn and Roquan Smith before the deadline, and their front-seven looks a bit shaky as a result.

The Bears have allowed an average of 42 points per game in their past two outings. That will open the door for the Lions to make some big plays in what could be a shootout.

Goff hasn’t been consistent this season, but he does have a couple of four-TD games to his name; St. Brown has been targeted at least nine times in each of the five games during which he wasn’t injured this season; and Williams is currently the lead back with D’Andre Swift still nursing an ankle injury.

This trio of Lions comes cheap, and they should anchor a solid lineup. Feel free to trust them in a favorable matchup — and even feel free to load up on both Lions and Bears.