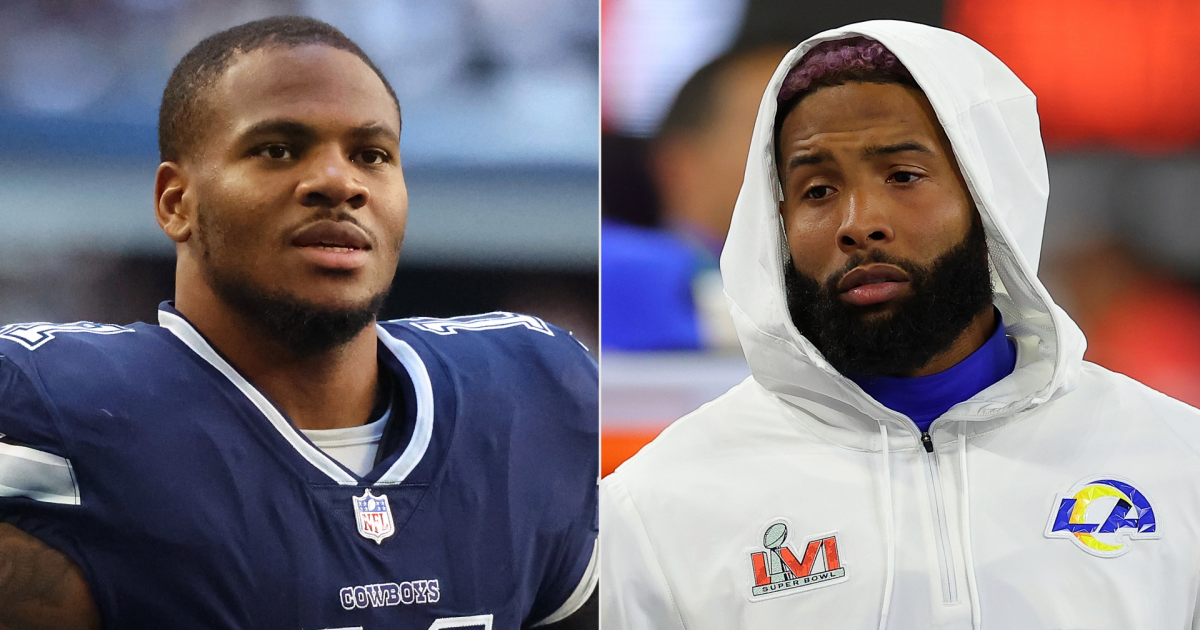 Odell Beckham Jr. in a Cowboys uniform? Micah Parsons is definitely here for it.

The reigning Defensive Rookie of the Year became the latest NFL player to try and persuade Beckham to join his team on Tuesday. In a quote tweet of a post on FanDuel’s account, Parsons made it clear he’d love if the receiver chose Dallas as his next destination.

Beckham was quick to respond, mentioning that his dad’s family lives in the Dallas area. However, he also made it clear his No. 1 priority at a new team is winning.

Lolol sheeeed u tell me !? U kno all the fam on my daddy side down there. Im just tryna win… wheeerever I go

The former Los Angeles Ram is nearing a return from the ACL tear he suffered during Super Bowl 56. He made two catches for 52 yards and a touchdown in that game, earning his first career championship ring in the process.

He’s been a free agent since then, and several NFL players have been courting him to join their teams. One of those is his former Rams teammate Von Miller, who confidently stated last month Beckham is “coming to the Bills.”

The thought of Parsons and Beckham teaming up on the Cowboys is certainly intriguing. Cowboys reporter Clarence Hill Jr. said on Tuesday “the ball is in the Cowboys’ court” when it comes to signing the receiver — who apparently wants to play for a warm weather team.

Its my understanding that Odell Beckham prefers not to play in a cold weather city. He will for the right deal. But he prefers to be somewhere warm, especially coming off this ACL. The ball is in the Cowboys court#DallasCowboys

Beckham is clearly in high demand, and his decision on where to play football this season should be coming soon. Will it be with the Cowboys? The Bills? Somewhere else? Only time will tell.