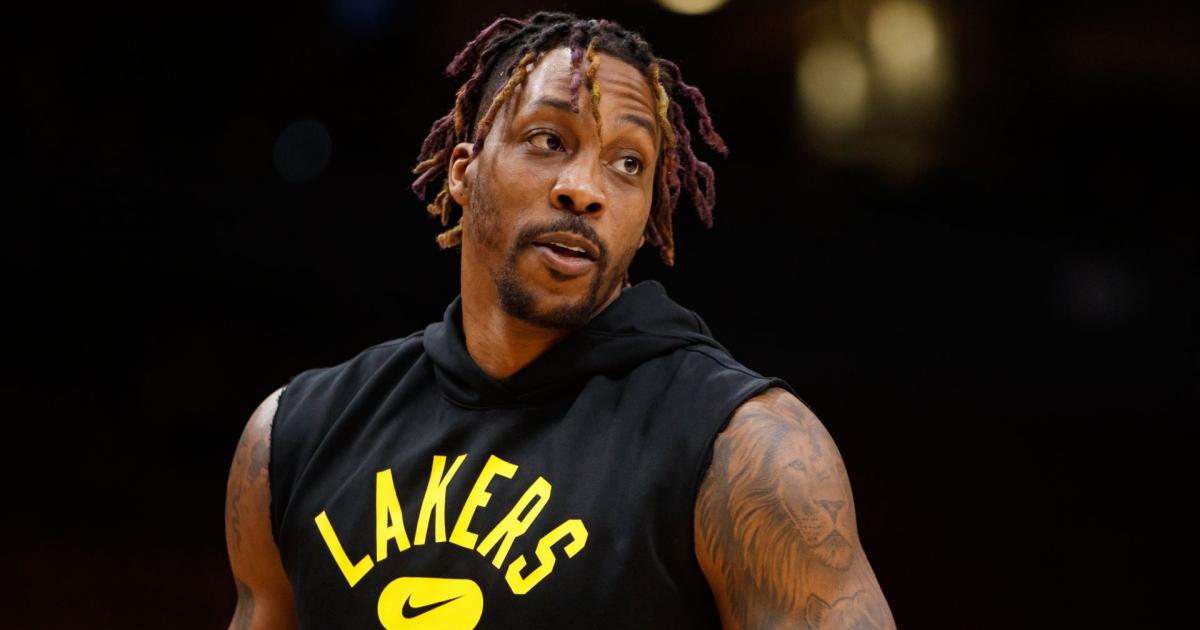 The next stop of Dwight Howard’s professional basketball career is set.

After 18 seasons in the NBA, the former No. 1 overall pick is headed to Taiwan to play for the Taoyuan Leopards of the T1 Professional Basketball League. Howard is not the first former NBA player to play in Taiwan, but he is certainly one of the highest-profile NBA players to play there.

“Taiwan this is Dwight Howard, a.k.a. Superman and I am so, so excited and I can’t wait to touch down in Taiwan and start playing for the Taoyuan City Leopards,” Howard announced through the Leopards.

The news comes as a bit of a surprise as Howard is just one season removed from averaging 6.2 points and 5.9 rebounds over 60 games (27 starts) with the Lakers.

Why is Dwight Howard not in the NBA this season?

Howard entered free agency after the 2021-22 season, but it appears that no team offered a contract for him to begin his 19th season in the NBA. During a recent appearance on Shannon Sharpe’s “Club Shay Shay” podcast, Howard explained why he is not in the NBA in 2022-23.

“They told me every time that ‘we’re not going to give anybody over 30 a multiyear contract. So I’m like ‘dang, I just helped y’all win an NBA championship, y’all could give your boy a ‘mil or two. Or give me a ‘mil.’ I don’t want a whole bunch of minutes. Give me 20 minutes and let me ball out.”

Howard’s claim aligns with the Lakers’ attempt to get younger after rolling out the league’s oldest roster during the 2021-22 season. Howard, who was selected first overall in the 2004 NBA Draft, will turn 37 in December.

At this stage in his career, Howard has made it clear that he is looking to contribute to a title contender. He explained to Sharpe that he felt disrespected by not having a job, adding that the Nets and Celtics expressed interest, but negotiations did not get far.

“I asked to come to Brooklyn — I talked to them and they said they needed a big that can shoot,” Howard said of his interest in joining the Nets. “I don’t know, I don’t understand it, I thought that would’ve been a great pickup.”‘

As for the Celtics, Howard drew upon a legendary comparison to explain how he felt he could contribute:

Boston’s the same way. They got a lot of talent, I feel like I could’ve been a Bill Russell in this era with that team. I’m all about defense, I understand it on a different level … I felt like me going to the Celtics and helping them get that championship pedigree back — they were right there last year … It ain’t like I’m trying to come in and play 35-45 minutes but I can give a team 20-25 minutes and give you a good 12-15 points and 10 rebounds.

During the 2021-22 campaign, Howard recorded five double-doubles, including a 21-point, 12-rebound showing in a late-season loss to the Jazz. While Howard is getting up in age, there are at least a dozen active NBA players older than him, including LeBron James, P.J. Tucker and Al Horford.

Who are the Taoyuan Leopards?

The Taoyuan Leopards are based in Taoyuan City, Taiwan and compete in the Taiwanese T1 League, which was founded in 2021. The T1 League consists of six teams and its regular season runs from late October through late April.

Howard joins Deyonta Davis and Troy Williams as the third player on the Leopards’ roster with NBA experience.

Last season, Diamond Stone led the T1 League in points per game, scoring 27.5 points per contest thanks in large part to a 52-point performance. Stone is back for a second season with the Taichung Suns.

How to watch the Taiwanese T1 League

The league’s official broadcast partners are Eleven Sports, VL Sport and ELTA TV. On the T1 League’s official YouTube channel, there are full game highlights as well as scheduled live streams for upcoming games, which air at 12:30 a.m. and 3 a.m. ET.

The Leopards also have an official YouTube channel, which shares highlights and behind-the-scenes all-access looks at the team.

According to Spotrac, Howard has earned over $245 million in contracts during his 18-year NBA career, including a five-year $83.2 million deal with the Magic that began in 2007 and a four-year $87.5 million deal that began with the Rockets in 2013. Howard played on a veteran’s minimum contract in each of the last three seasons.