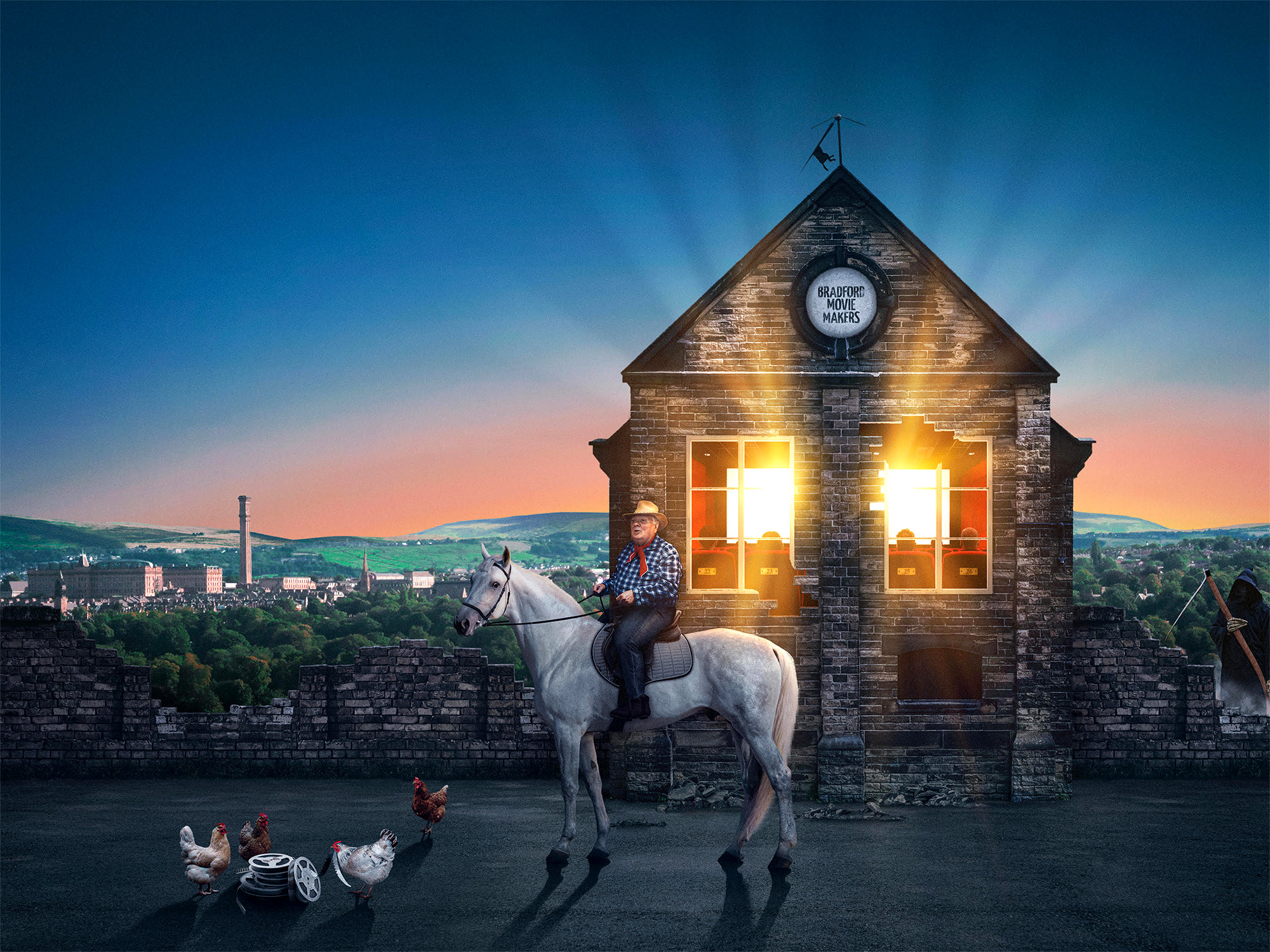 A Bunch of Amateurs, the latest documentary by Kim Hopkins, opens with a quote by Susan Sontag – “If cinephilia is dead, then movies are dead too”. At a time where film viewing is steadily becoming more dispersed and individualised, a small yet keen community of amateur filmmakers known as the Bradford Movie Makers heeded Sontag’s call.

The Bradford Movie Makers have been meeting every single Monday since 1932. Needless to say, their clubhouse has seen better days. Hopkins’ camera captures their rundown building from every angle: its outside premises have become a fly-tipping hotspot, a dumping ground for waste and vandalism; its insides crumble to the touch. Among dwindling numbers of new members and financial instability due to being five years behind on rent payments, there doesn’t seem to be much room for optimism within Britain’s oldest amateur filmmaking enclave as it teeters on the edge of survival.

What used to be a thriving community of northern cinephiles bonding over their passions now appears on our screens as a seemingly niche group of elders who split their time between watching films, revisiting reels of their early shorts and remaking scenes from old favourites (in this case, the iconic opening sequence from Oklahoma!) on the slimmest of budgets. Bickering, generational differences, ego clashes and cups of tea abound, but the community approach to filmmaking always shines through.

Hopkins eschews spectacle and sentimentality while also doing away with inventive storytelling devices. A character-driven, verité approach provides a deft-enough framework to handle historical sweep and intimate moments between the club members with equal steadiness. The film is strengthened by Leah Marino’s tight, playful editing, while a handheld camera fluidly follows and delineates the film’s subjects without a need for other devices, prompting an immersion that does not seek to idealise this lively bunch of idiosyncratic film buffs as congruent heroes. Their amateur projects are subject to neither praise nor ridicule, as Hopkins’ candid documentary approach allows fondness to blossom through an embrace of resignation, rather than idle observation.

While the Covid-19 pandemic left working classes and the elderly more vulnerable and isolated than ever, it comes as a blessing in disguise for the Bradford Movie Makers. An unexpected turn of events reignites hopes that the club can stop at nothing, even in the face of unprecedented uncertainties and shifting industry dynamics. Spending 95 minutes in their company is a joy.

Can feel slightly directionless at parts, but never not heartwarming.

Comes together as a wistful reflection on the power of cinema and community in the face of adversity.

Reindeer in Here Is a New Holiday Classic
Canada World Cup lineup, starting 11 in Qatar 2022: Can Herdman’s side sign off in style against Morocco?
‘Gone Girl’ Actress Lisa Banes’ Killer Gets One to Three Year Sentence
Why are England taking the knee at World Cup 2022? Explaining Three Lions gesture in Qatar
Inside the Kardashians’ “Peaceful” Co-Parenting Relationship With Exes