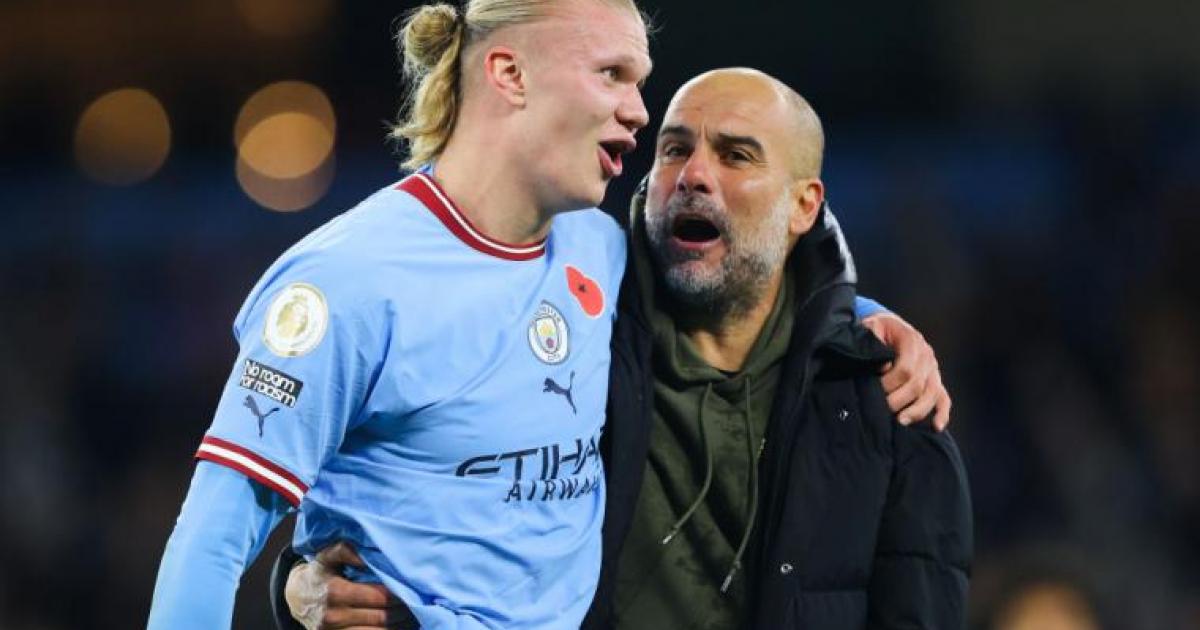 Manchester City face tricky customers Brentford as they push to keep Premier League leaders Arsenal within reach before the break for the World Cup.

The match at the Etihad Stadium will be City’s last this side of Christmas as a vast number of Pep Guardiola’s men will be jetting to Qatar for the marquee international tournament.

Norway’s absence means Erling Haaland won’t be in Qatar, and a foot injury could prevent him starting for City on Saturday as well.

Brentford may well be glad of that news, with the Bees on a poor run of form. Thomas Frank’s side have won just once in their past nine games.

MORE: When does the Premier League return after the World Cup?

What time is Man City vs. Brentford kick off?

Manchester City will host this Premier League clash with Brentford at the Etihad Stadium, kicking-off at 12:30pm GMT.

UK: The match will be broadcast on BT Sport and is available to stream via BT Sport Player or NOW TV.

USA: Fans can watch live on the USA Network or stream on NBC Sports, while Universo and Telemundo provide the coverage for Spanish listeners.

Pep Guardiola is blessed with incredible squad depth at Manchester City and with only Kyle Walker nursing a long-term injury, he has access to a myriad of options.

Joao Cancelo is back from a red card suspension while Kalvin Phillips has recently returned from a shoulder problem.

The major concern – for both teams – will be Erling Haaland, whose foot trouble force him out of the starting line-up against Leicester and Fulham. Guardiola said the Norwegian would be assessed after City’s training session on Friday.

Brentford come into the game with just one long-term injury too, with Aaron Hickey absent with ankle trouble.

A shock shootout exit from the Carabao Cup on Tuesday leaves the Bees licking their wounds and in need of a boost.

The last time Brentford beat Saturday’s opponents was in Division Two back in 1951, but Guardiola won’t be underestimating the Bees.

Frank’s men are a danger to any Premier League side on good form, as evidenced by their opening day 4-0 thrashing of Manchester United.

Prediction: Brentford are struggling for form at a bad time, with a trip to the Etihad something to be avoided this season. City are unbeaten there and have dished out some thrashings.

With the west Londoners winless away from home this season and Erling Haaland prowling, it’s impossible not to see a clear favourite.

City can go into the World Cup pause confidently with a 4-1 victory.

Odds shown are over 90 minutes