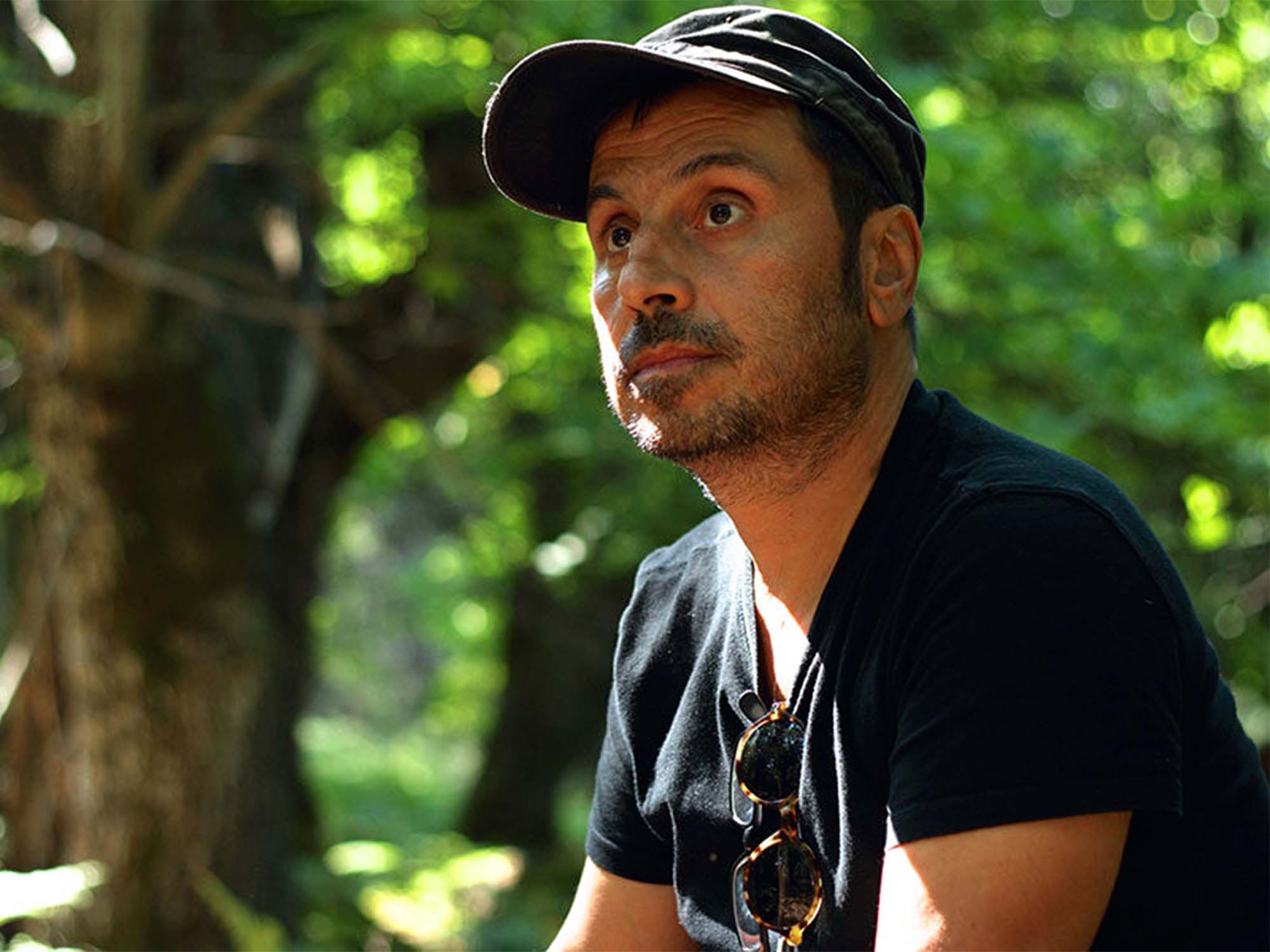 LWLies speak to the director of the outrageous farce, Dodo, at the the 2022 Thessaloniki Film Festival.

Panos H Koutras is something of a poster boy for Greek cinema outsiders. His absurdist style has produced original art that elevates seldom-herd voices: a powerhouse trans woman in Strella (2009), Albanian immigrant brothers in Xenia (2014), and a multitude of misfits in his most recent film, Dodo, which premiered in Cannes and was a highlight at the 2022 Thessaloniki Film Festival. LWLies caught up with Koutras to chat B-movies, activist art and the awesome grip that families (still) have on Greek life.

LWLies: When did you first attend the Thessaloniki Film Festival?

Koutras: I discovered Thessaloniki through the festival with my first feature film, The Attack of the Giant Moussaka. It was a blasphemous film. I pay homage to all the B and Z movies. They made fun of me as this Greek trashy director. I loved it – and I’ve been coming here ever since.

And how have things evolved since?

People thought I was crazy for making a film about a piece of moussaka attacking Athens. It was a time when film was very serious and political – Greece was coming out of a dictatorship, and everything was very heavy. (Well, I thought my film was political – but nobody else thought so.) There was no support from the Greek film industry, either – but it was bought in France and sold in Japan where it became a cult film. I was eventually accepted back in Greece via France and Japan.

You mentioned The Attack of the Giant Moussaka was political. Maybe there’s more than one way to challenge power – what do you think?

I was a rock ’n’ roll kid – and gay. I grew up with John Waters and Andy Warhol films, so that’s what I wanted to do. In Greek society this was seen as bizarre – but that’s something that’s always in my films: let’s laugh in the face of serious art. Nowadays seriousness is often translated as being righteous and moralistic. I grew up in a different era – it was the opposite.

You mentioned John Waters – who else have you looked up to as a filmmaker?

I used to go to the cinema a lot as a kid. I was hyperactive and restless – and they discovered that the only way to make me sit still was by taking me to the theatre… I loved American melodrama of the 50s and 60s, and definitely the iconoclasts, Warhol, Morrissey and of course John Waters. I remember when I was studying in London I went to see a double bill at The Electric – Pink Flamingos and Female Trouble. It was like an atom bomb had gone off in my brain! I left the cinema totally mesmerised and in love with Divine.

Is there a degree of ‘magical realism’ in your films?

Maybe not ‘magical realism’ because that’s attached to a very special South American tradition – but let’s call it ‘European Post-Queer Magical Realism’ [laughs]. There is definitely an intrusion of the beyond, the dream, the unreal.

In Dodo, how do you describe the bird: this long-extinct species that returns to disrupt family life as they get ready for their daughter’s wedding?

And what was it like working with an ensemble cast? It’s gotta have been difficult.

It was a challenge, I’m a bit crazy and I said, ‘I’m gonna have 14 characters!’ And nobody has 14 characters in an ensemble film… Not even Altman. And then I counted it and yes, it’s true. Only Shortcuts, which is like a three hour film. I tried to have each character have a story and not be a caricature…. But of course it was very difficult. And I shot in the middle of covid, which was a nightmare. But I could have never gathered all of these actors together if it wasn’t for covid. Theatres were closed, TV hadn’t come back yet…

They were available for you!

Yes, not only were they available but they really wanted to do it. I’ve never experienced so much solidarity and inspiration by actors – they were wonderful. And of course there were non-actors, as well… The non-binary character is a non-binary person. The Syrian refugee is also a non-actor. I find that very important, that he tells his story, not only onscreen but also as an actor – as a Syrian refugee who finds a place in this society.

That’s true to many of your films, of course.

It’s my world. My third film Strella was about a transsexual woman – I spent a year trying to find the right person who could play that role. I eventually found her, she was not an actress – we trained for about a year. I grew up in the community so that visibility was very important to me.

Family is so vital to Greek life, and family is central in Dodo, as well, right?

All directors and filmmakers from my generation – it’s what unites us. We’ve all dealt with family, and we’ve probably realised that all problems emanate from there. Now, we are Greeks, and we grew up with Greek myths, and family is the base of all the myths. They’re just family dramas, of power and blood connections: brothers that fall in love with their sisters, sons who fall in love with their mothers, they kill their father, they kill their mother – it’s all in the family.

Everyone in Dodo is trapped – what role does the long-extinct bird play in it?

It’s a story about the dodo coming into a society where everyone has their own regrets, little affairs, little lies, guilt, accounts to be settled. And the dodo comes and sets things in motion. And when the bird leaves, they all stay behind… mostly the same, but a little changed by it, as well…. Do we change when deaths, marriages, big things happen in our lives? Yes, but just a little bit.

“In the end we’re all strangers here,” Mariella, the mother, says. What do you mean by that?

They quote Lewis Carroll in the film: ‘Do you know where you want to go?’ And the daughter says: ‘No, I have no idea, so it doesn’t matter which path you take, it’s enough that we walk.’ Let’s all just walk.

By becoming a member you can support our independent journalism and receive exclusive prints, essays, film recommendations and more.