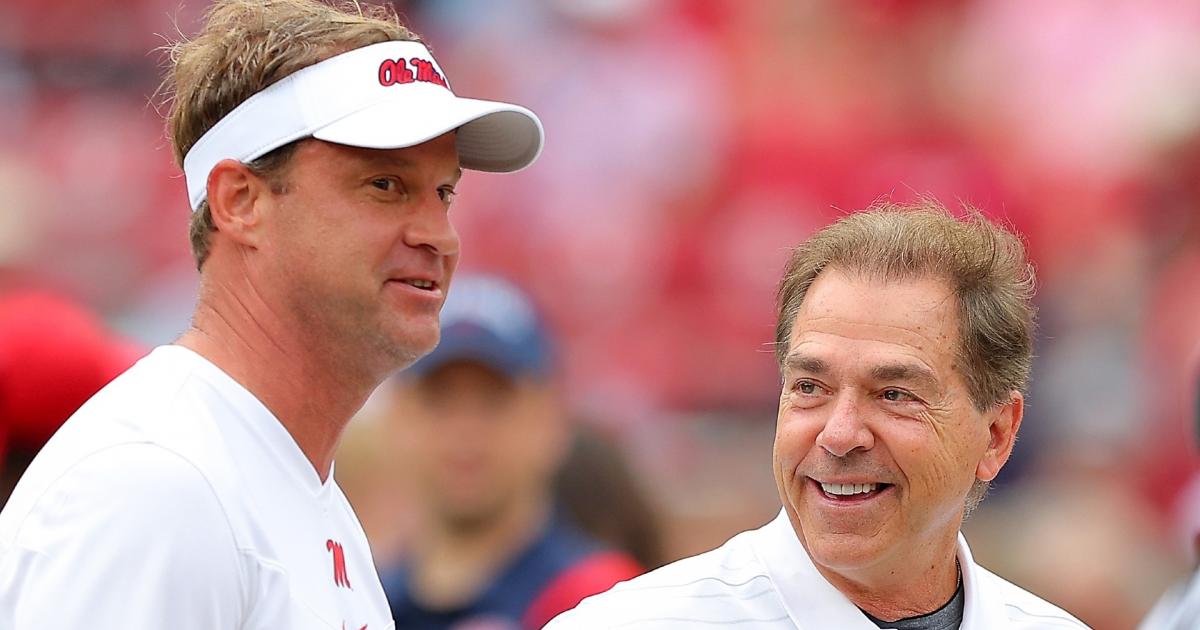 Yet more games with massive College Football Playoff implications will play out in Week 11, including a must-have matchup for No. 4 TCU and No. 18 Texas.

The Horned Frogs jumped three spots between the first and second set of CFP rankings, moving up to No. 4 for Week 11. But TCU, the last remaining undefeated team in the Big 12 and only one of four such teams in the country, likely has to win out to make the Playoff. Enter No. 18 Texas, a team looking to prove its in-state dominance at the expense of TCU and the Big 12’s CFP hopes.

Elsewhere, No. 9 Alabama will look to get back on track with yet another ranked road game, this one at No. 11 Ole Miss. The matchup will reunite Nick Saban with former Crimson Tide offensive coordinator Lane Kiffin, who has the 8-1 Rebels on the fringe of the Playoff conversation. The Rebels must win out and look for LSU to lose one of its last three games, but they are still in the discussions — for now.

The last meeting among ranked Power 5 teams is between No. 25 Washington and No. 6 Oregon. The Ducks have made a compelling argument to make the Playoff as a one-loss Pac-12 champion, even with their 49-3 loss to Georgia to start the year. The Ducks have no room for error to end the season, however.

Lastly, No. 22 UCF will travel to No. 17 Tulane for a massive meeting of AAC teams that could determine which program earns the conference’s bid to a New Year’s Day 6 bowl.

All those Week 11 games — plus the inevitable surprise — will have massive impacts on the Playoff. The Sporting News has everything you need to tune in and watch:

Every team in the top 25 of the CFP rankings will play in Week 11, across 21 games. Thirteen of those games will be broadcast nationally.

Every top-25 game in Week 11 can be streamed on fuboTV, which offers a free trial. Streaming options for the week include the ESPN App, Fox.com, Paramount+ and conference-specific networks for the ACC, Big Ten and SEC.

MORE: Week 11 picks against the spread for top-25 teams