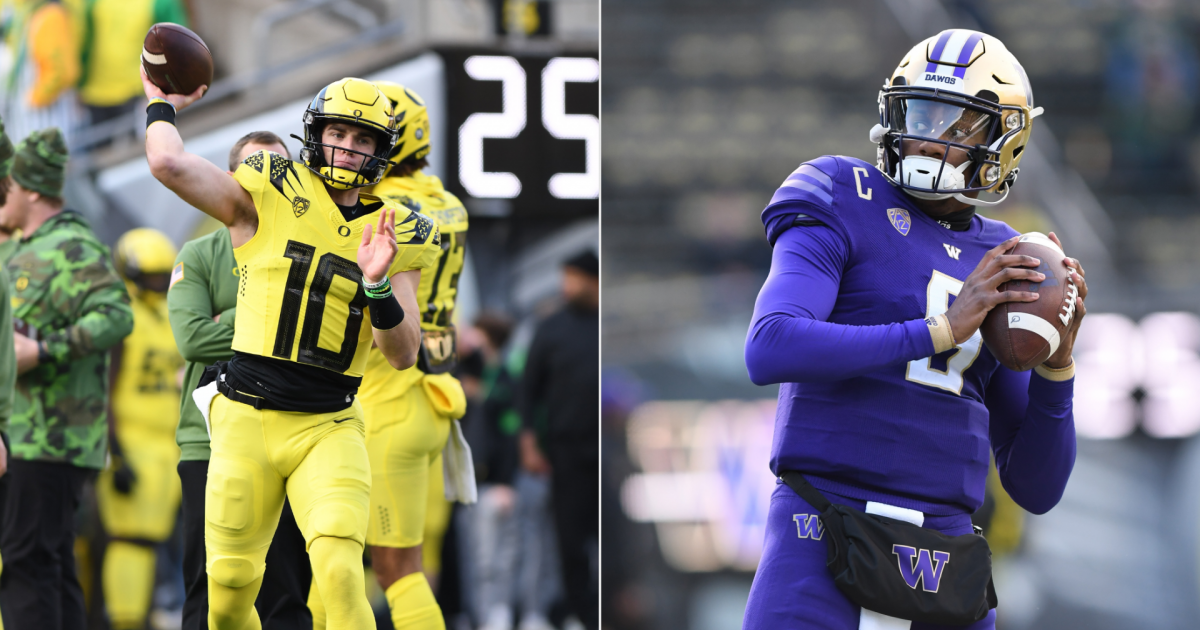 When people talk about home and homes in college football, it isn’t usually in relation to the jersey matchup.

Adding to the starkness was the fact both teams donned the same-colored pants as their tops, resulting in an extremely stark contrast.

The Huskies get on the board first in Autzen 💪@UW_Football pic.twitter.com/atfJyF2VRH

Your mileage on this look will vary, but at least we got some decent jokes out of it.

I love this Oregon/Washington color rush uniform match-up. It looks like a pack of highlighters came to life like Toy Story to play a football game in a desk drawer. pic.twitter.com/cC9D8v4p6l

This yellow-purple Oregon-Washington is visually appealing.

It harkens back to the earliest years of the NFL’s color rush jerseys, when we got the Ketchup-Mustard Game between the Rams and Buccaneers or the Christmas Game between the Jets and Bills.

Um…….no. The ketchup and mustard game against the Rams still haunts me. pic.twitter.com/caxXrt8Fg5

Jets vs. Bills, of course, turned out to have very real-world ramifications as color-blind fans were utterly lost regarding what was going onto the field.

This jersey matchup works as a gimmick, but it’s not something football fans need all the time.