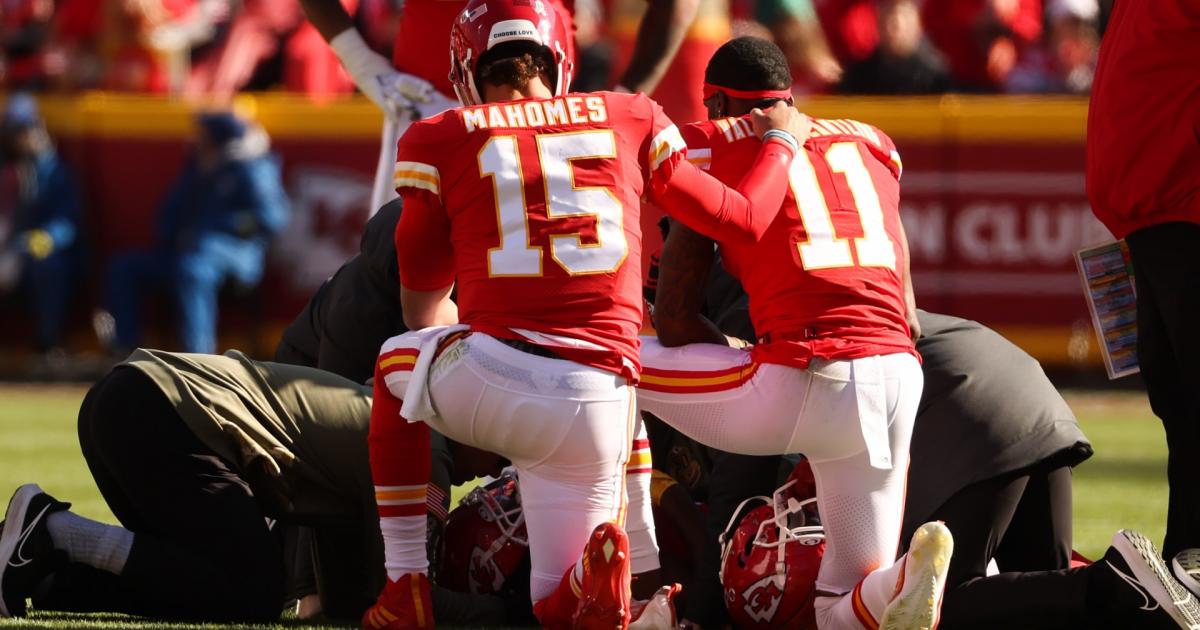 JuJu Smith-Schuster was knocked out of the Chiefs’ 27-17 Week 10 win over the Jaguars with a concussion. He absorbed a hard hit by Jaguars safety Andre Cisco.

Kadarius Toney, the Chiefs’ big pre-trade deadline acquisition, sounded off in his postgame comments to the media.

“My reaction, I was angry. I was kind of mad,” Toney said of the hit. “I don’t like no dirty plays.”

Cisco was initially flagged for a personal foul, and it did appear that the safety hit Smith-Schuster in the helmet while trying to dislodge the ball.

But the officials eventually picked up the flag despite Smith-Schuster’s injury. Referee Brad Rogers explained that decision in a pool report after the game.

Two officials came in and determined the defender had set and braced for impact and hit shoulder-into-shoulder. They didn’t feel it was a use-of-helmet foul.

CBS rules analyst Gene Steratore, a former NFL referee, disagreed with the ruling. He said on the game broadcast and Twitter that Smith-Schuster should have been considered a defenseless player.

A player is defenseless if they’re incapable of avoiding/warding off impending contact from an opponent. Forcible contact to a defenseless player’s head/neck area with a helmet/shoulder/forearm is a penalty. In my opinion, this is a penalty.#JAXvsKC pic.twitter.com/oe6IKnFlT2

The Chiefs agreed with Steratore. They certainly appeared miffed that the flag was picked up, and they were further upset with Cisco when he put a hit on Marquez Valdes-Scantling a few plays later that left the wideout banged up.

MORE: How Bills’ loss to Vikings shakes up the AFC East standings

Still, Toney said, the Chiefs didn’t let that distract them; instead, they used it as motivation.

The Chiefs extended their lead to 20-0 shortly after the hit on a Patrick Mahomes touchdown pass to Noah Gray.

“You want your guys to play hard, to play aggressive and play within the rules. That’s what we’ve got to do,” he said, per The Washington Post. “You don’t want to take the physicality away from anybody. This is a game where you have to play snap-to-whistle. You never want to hurt anybody, but you want to keep the aggressiveness.”