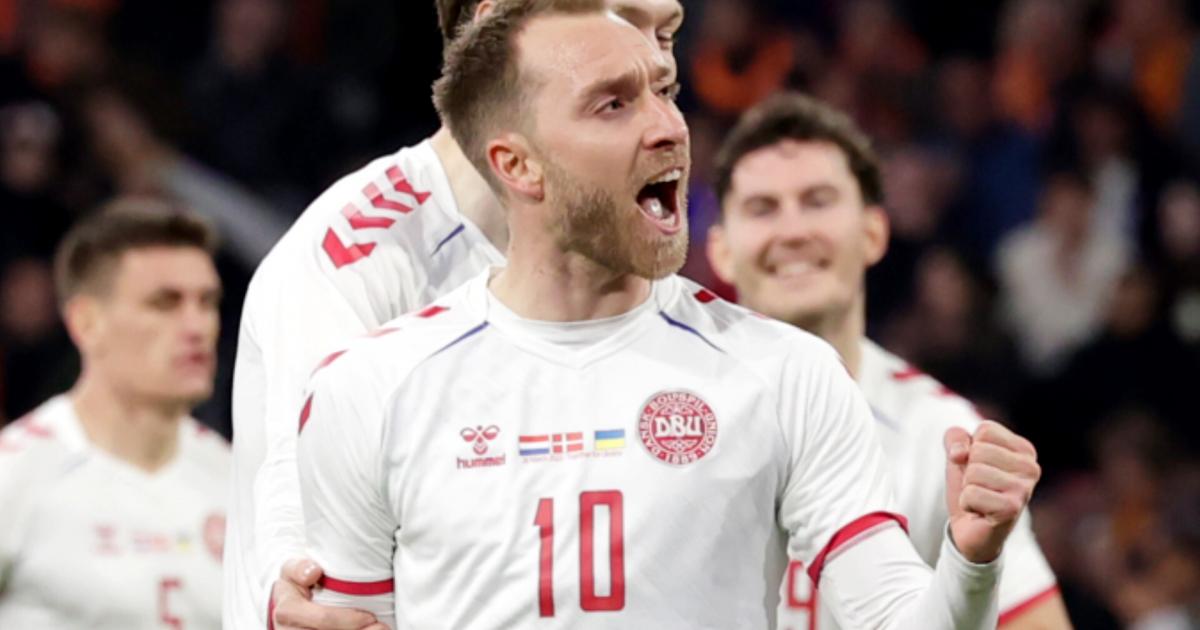 Denmark will aim to emulate their emotionally charged run to the Euro 2020 semifinals in Qatar, minus the drama of Christian Eriksen’s horrifying collapse.

The Manchester United midfielder has made a startling recovery following his cardiac arrest on the pitch during that tournament, that forced him to step away from the game.

He has, thankfully, returned and has become a fixture in the Premier League once again. Eriksen will function as the Danes’ creative engine at his fifth major tournament.

A dominant qualifying campaign and two recent victories over defending world champions France demonstrates the potential of Kasper Hjulmand’s side, bringing a core of established talent in the mature end of their primes to the Middle East.

If they pick up momentum in the group stages, another brave Danish charge into the latter rounds could be on the cards.

Christian Eriksen is in Denmark’s squad for the first time since suffering a cardiac arrest at Euro 2020.

Fantastic to see him back 👏🇩🇰 pic.twitter.com/9xaku5rHLg

Hjulmand had until Friday, October 21 to submit an official preliminary list of 35-55 players to FIFA, from which he then had to select a final 26-man roster for Qatar by Monday, November 14.

Denmark revealed 21 of their 26 players on November 7 with the final five added before the cutoff.

Among those initially named, Premier League stars Christian Eriksen, Pierre-Emile Hojbjerg and Mikkel Damsgaard all made the cut.

Hjulmand claimed 12 players were vying for the final five places in his side that saw the likes of Christian Norgaard and Yussuf Poulsen given a call-up.

Here are the 26 players confirmed to be in Denmark’s final World Cup squad:

A narrow 2-1 extra-time defeat to England in the Euro 2020 semifinal was all that separated Denmark from an against-all-odds bid for the title last year.

A team with a sturdy back line who are comfortable in possession and capable of launching thunderbolt counter-attacks at any moment, they should be even better equipped in Qatar.

The added impetus of a fit and healthy Eriksen could make a significant difference this year. All the leading contenders will be wary of Denmark.

Denmark’s battle hardened, close-knit core of talent operating down the spine of their team will be the backbone of any success at this World Cup.

Kasper Schmeichel, Simon Kjaer, Eriksen and Martin Brathwaite are all into their early 30s, offering tournament know-how and leadership to a young and exciting attack.

Kasper Dolberg is expected to be Denmark’s key goal threat, but a steady start to his season with Sevilla could see Brathwaite get the nod.

The Danish backline conceded just three goals throughout their World Cup qualification campaign. Andreas Christensen and Kjaer were heroes of their Euro 2020 campaign, while Jannick Verstergaard and Joachim Andersen are also excellent options.

It’s a wonderfully balanced team, with 22-year-old wingers Mikkel Damsgaard and Andreas Olsen dangerous elements in attack, while the likes of Thomas Delaney and Pierre-Emile Hojbjerg steady the ship in midfield.

Hjulmand’s team are full of spirit, have a well-oiled system and possess plenty of talent. Regardless, they’ll still be considered underdogs against the likes of Brazil, England, Germany and Portugal.

Do they have the resilience to withstand Messi or Ronaldo? Can they overpower Thiago Silva or Antonio Rudiger?

Eriksen and his teammates will be licking their lips at the sight of Group D. Back-to-back victories over France in the UEFA Nations League will strike fear into Didier Deschamps’ side, who will be desperate to avoid another shock exit as they suffered in Euro 2020.

Though not to be underestimated, the Danes should have enough firepower to overcome Tunisia and Australia.