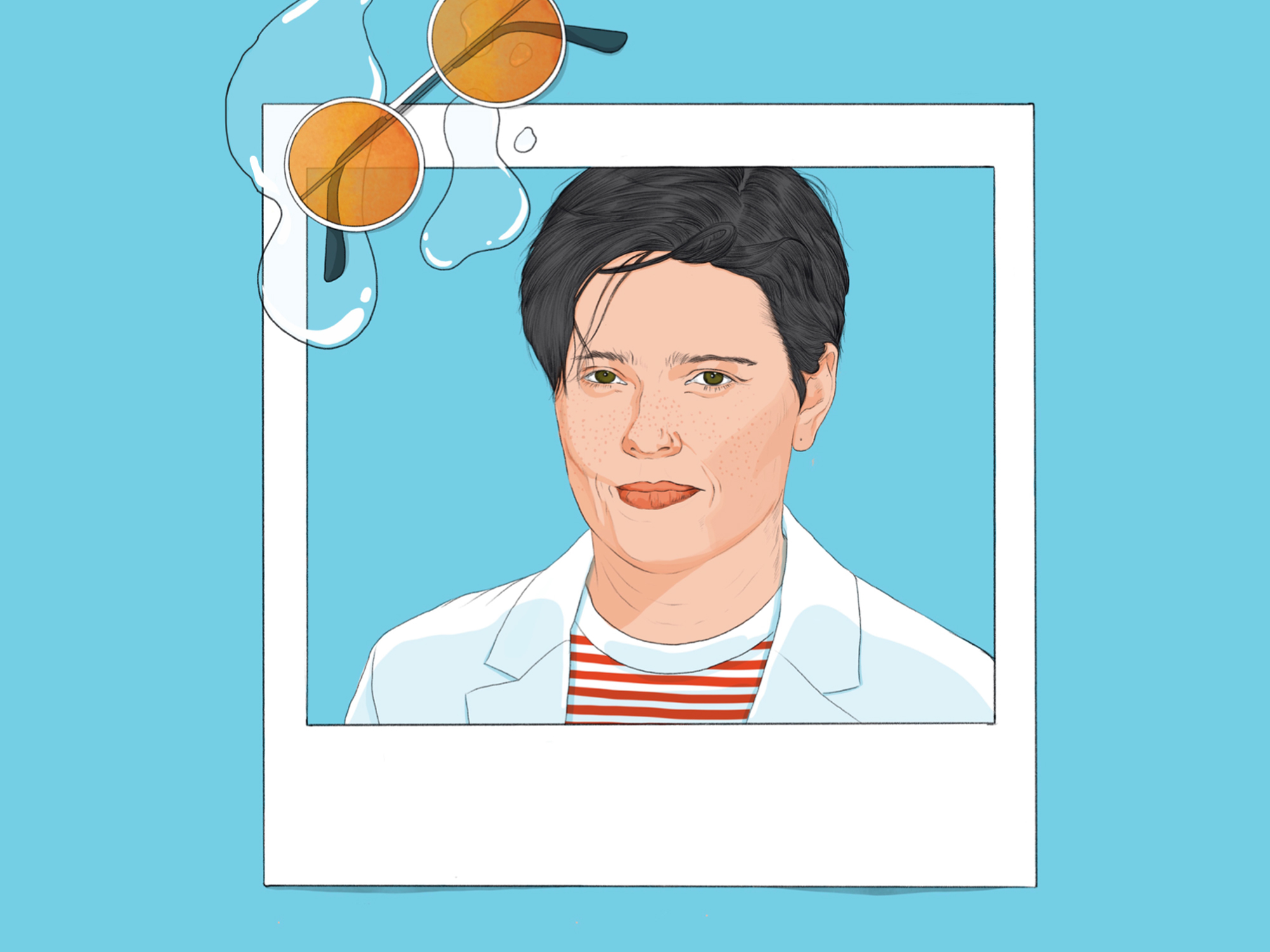 The Scottish filmmaker behind breakout indie Aftersun explains the complex process of portraying memory in cinema.

Cinema is rooted in the exploration — and manipulation — of memory. This notion feels ever true in Charlotte Wells’ directorial debut Aftersun, a quietly devastating portrayal of a summer holiday shared by a young girl and her father (played beautifully by rising star Paul Mescal and newcomer Frankie Corio). It is a striking work by a filmmaker whose name you are bound to hear again.

LWLies: A lot of the film is presented through the eyes of 11-year-old Sophie. How was it for you to get back to that mindset of a child?

Wells: I spent a lot of time thinking about the right age for Sophie. I considered younger, and I considered older. Ultimately, the most interesting thing about 11 is that it is the point where self-consciousness kind of emerges, it’s a step toward adolescence that you can’t take back. It just seemed like the best of the best of both worlds in a certain way, being able to interact with the older kids while also still having that real childlike innocence up to a point.

It was fun to look through photo albums and think back to memories of a really specific moment in my life. At age 11, I was moving schools, it was the late nineties, the height of the Spice Girls, and it is a period of time I have a lot of memories of. It’s a point of childhood where you retain quite a lot, rather than earlier years, which are more like glimpses, the kind of memories you wonder if it’s a photograph you’ve seen a hundred times rather than the memory itself.

Much of Aftersun is about that pivotal point in your life when you start figuring out your parents are people of their own. I think this age aids that idea.

A hundred per cent. That was one of the things on the very top of my mind when I was writing, that age when you start to have an awareness of your parents as people. I think it takes until your teenage years for it to really set in, and maybe a version of Sophie who was 16 would’ve gone into the tension of that a lot more. I think 11-year-olds start to see it but don’t really have the capacity to understand it, so it’s just kind of specific observations that don’t quite coalesce into a real perception yet. Adults are locked in the roles that they perform for kids.

It was always very important to me that Sophie be protected from what’s going on with Calum, and that he succeeds, for the most part, in protecting her from his own struggles. So much of the film is Sophie looking back with more knowledge acquired about what her dad might have been going through, and trying to figure out if maybe there was something that she missed. But of course, she could have never seen it because she was a trusting kid for whom her father was just her father.

Being on this cusp of adulthood brings me to Paul Mescal. What drew you to him for this role?

Paul has an amazing inherent warmth and sense of stability. As I’ve been talking more about the film recently, a few people have asked me about the physicality within the film, which isn’t something I had given a lot of direct thought to. And I do think a big part of it is that there is something very physically stable about him too. And it felt essential for his struggle to be unexpected, for him to present as someone who felt very grounded and Paul really brings that. But more than anything else, he just really responded to the script. We had a really lovely, very sincere first conversation, he was very passionate about the project early on and it was clear he was going to work very hard and that is something I have a lot of respect for and respond to. 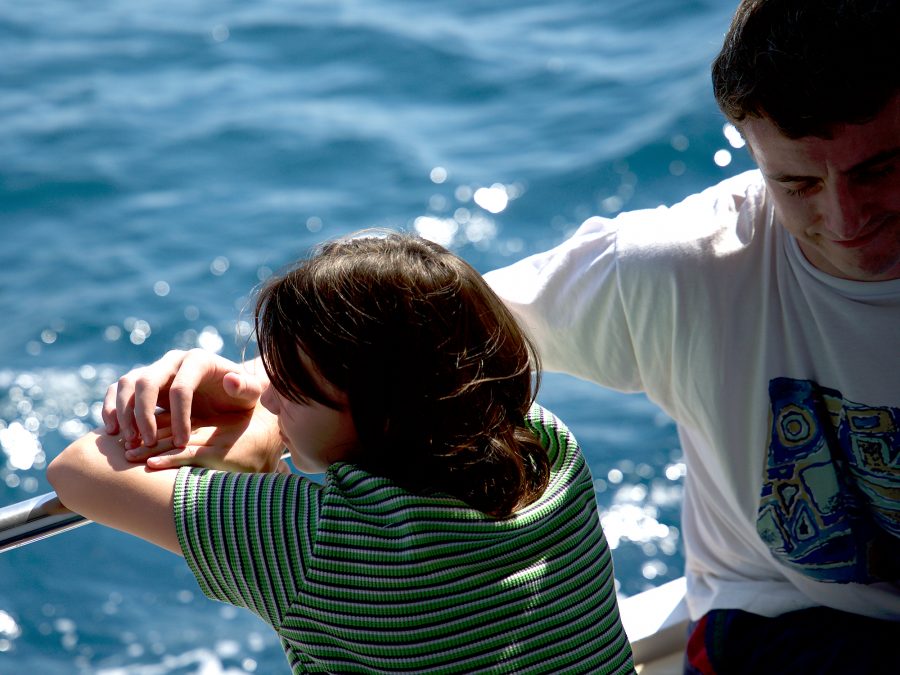 It’s so interesting that you’re saying you didn’t think a lot about the physicality because I’m so moved by the moments where hands linger, feet slide on wet ground, limbs are made limp by the sun…

I definitely thought about bodies and Greg [Oke, cinematographer] and I talked a lot about fragments and the way you think of people. When I think back of people, to the idea of piercing people back together in my head, I think of gestures and hands. So we definitely shot with that intention, especially because the point of view in the film is fairly complex and one of the points of view we had was Sophie’s direct point of view, and for those, specifically, we had a certain way of shooting. The hand dropping off the lounger, details such as that, reflect her kind of piercing him back together, trying to reconstruct a complete image.

Can you tell me a little bit more about how Tai chi became a part of Aftersun?

I think I would do well with practising Tai chi in my life [laughs]. It’s a detail I took from my family. For some unknown reason, my dad and his brothers all taught themselves tai-chi. It was just this weird and intriguing fact that I incorporated into the film. It was an aspect of Calum’s character that reflects the process of searching. He’s searching for so many things and one of those things is a sense of peace. And speaking of physicality, I think there was just something interesting to me about capturing that movement and the motion and allowing it to be a thing that she ridiculed at first and then found some communion with it – and him – later in the film.

It’s a great contrast to the more unruly, chaotic nature of club dancing, which is also used by Calum as a form of self-expression.

Yeah, and the breathing too. Breathing was something I started playing with in my last short film (2017’s Blue Christmas). I read this piece about footsteps in Chantal Akerman’s work and how she allows them to serve a significant narrative purpose at certain points and the way they come to the fore of the soundscape of the films and I love the idea of doing that with breathing. Tai chi was a nice way to play into that as well.

You’ve mentioned in interviews before that you didn’t have a lot of footage of yourself as a child, so how did you go back to this idea of using the Mini DV as a framing device?

I have a little bit of footage of me as a kid at exactly the age Frankie is, but not much. When I went through the Sundance Lab in 2020, the director’s lab was virtual and they asked us to compile a presentation called The World of Film. A lot of people put together visual treatments and presentations and I worked with Greg, my cinematographer, to cut a 15-minute film that incorporated this DV footage that I had as a kid. That was definitely the foundation for the goofiness of it, like how goofy and annoying I certainly think I was age 10, 11, and also the kind of mundanity of it, so much of that footage is just a camera pointed at something totally random.

I have a little bit of footage from holidays where I was just fixated on capturing spaces, just recording where I was, which is something I still do, albeit in different ways. That provided the basis of the inspiration for how it should feel. I felt very strongly from the outset that the actors should always be the ones to operate the camera and that we give them as much space as we could. So there are a few scenes in the film where it was really just them, and we tried to capture that spontaneity and intimacy and goofiness of the home video phase. There were always exciting moments on set when we were able to do that, there was something very freeing about it.

I didn’t really want Calum to appear in any of that footage for this very reason. I wanted it all to be on her, for it to be almost his record of her — it’s his camera and I kind of imagined him going home with the tapes. I didn’t really want him to be in any of the footage and if he was in it, I wanted him to try evading the camera as much as he could. This is why he ducks behind the curtain. I felt important that it mostly be of her, either him capturing her or her capturing herself. I tried to spare him from it for the exact reason that kids aren’t really interested in their parents, only when you’re older do you look back and wish you had taken advantage of the opportunity you had. But, of course, you never would. That’s just not how it works.

Certain songs are key to the emotional gut punches of the film, particularly Queen’s Under Pressure. How did it come to be a part of the film?

There were many songs in the playlist I was working with, and Under Pressure was not one of them. It was a late-night discovery while cutting the rave scene, which I had been avoiding because it was really challenging footage to work with and because I knew it had to work and I was terrified to find that it did not. Music is the thing I tend to go to when I’m procrastinating or warming up or both and this version of Under Pressure is one I sometimes listen to.

It was just one of those accidental yet beautiful discoveries that was, as somebody put to me, a capital C choice. It takes a lot of confidence to wear your heart on your sleeve in the way the song does in the film and I am really happy with it. It’s always the moment I’m most excited to hear — when Calum falls back, sees both Sophies, and the music just surges. That’s always the moment I’m most excited to experience in the cinema.

At one point, Calum says “there’s this feeling once you leave where you’re from, where you grew up, you don’t totally belong there again, not really”. Is this the same for you or do you feel like you will always be drawn to Scotland for your films?

I wrote that dialogue and there are many aspects of Calum that are as much me as they are my dad, and that’s definitely one that belongs to me – and may well have belonged to my dad. It’s difficult when you leave where you’re from, especially when you leave relatively young and grow up travelling or in a multitude of other places. Sometimes, when I’m expressing this thought, I feel like I am just quoting the film, so I feel like this is one of the ways in which the film stands for itself. In a way, Edinburgh will always be home.