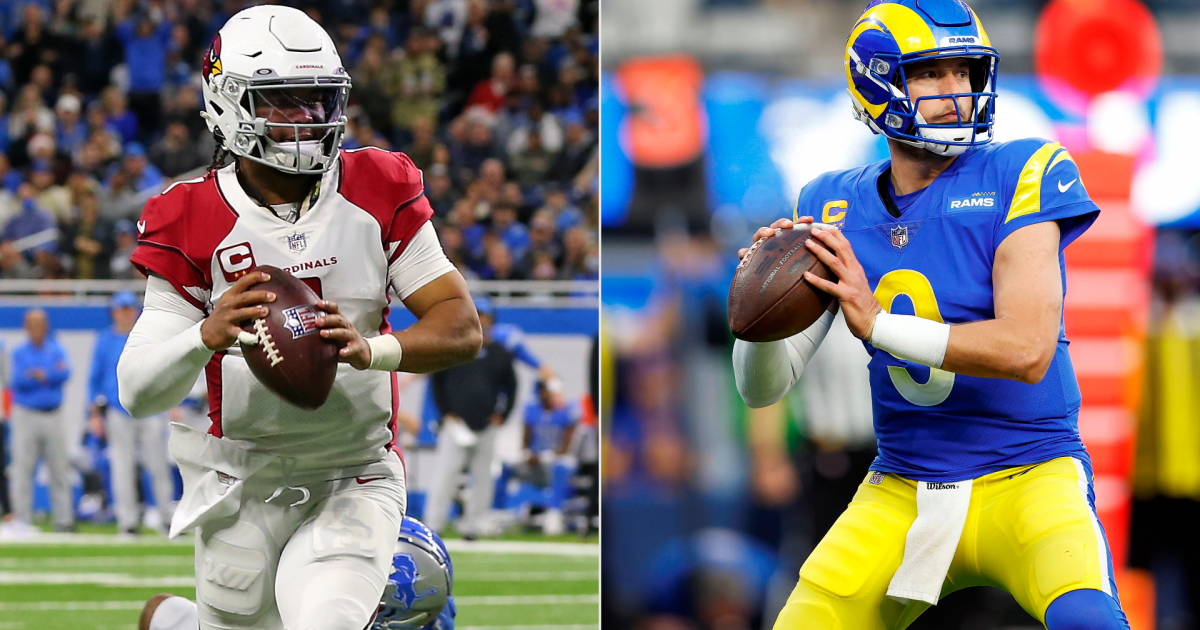 With last week officially in the books and Week 11 on the horizon, fantasy football owners are hitting the waiver wire and checking the QB rankings to find the best options at quarterback. Kyler Murray and Matthew Stafford, who missed their last games and remain “questionable” at the start of this week, are of particular interest, as their statuses could have a big domino effect on fantasy start ’em, sit ’em decisions.

Below, we’ll give you the latest news on these QBs and break down how their injuries could potentially affect the Week 11 fantasy landscape.

Cardinals head coach Kliff Kingsbury told reporters Monday that Murray (hamstring) remains day-to-day, but he reiterated that the team wants Murray to be able to run full out on the field before returning, according to beat writer Darren Urban.

The key for Murray is whether he can practice in some capacity on Wednesday or Thursday. If he can, there’s a chance we could see him on Monday night against the 49ers. Last week, the dual-threat QB did not practice on Wednesday but practiced on Thursday in a limited fashion, giving some hope he could play against the Rams. If Murray cannot go, Colt McCoy will be back under. While he’s not a streaming option himself, his presence doesn’t significantly hurt DeAndre Hopkins or Rondale Moore, who will remain solid fantasy options.

Stafford (concussion) missed last week’s contest against the Cardinals after being placed in the league’s concussion protocol. He’ll likely clear the protocol and return this week, but nothing can be taken for granted when it comes to head injuries.

The last time we saw Stafford on the field, he struggled against the Buccaneers in Week 9. The veteran quarterback completed a season-low 48.1 percent of his passes for 165 yards and a touchdown. It’s been a struggle for Stafford this season, who has been dealing with elbow issues. If he can pass through the protocol and practice, it will be an upgrade for a Rams’ offense that will be without Cooper Kupp (ankle). Stafford has a decent matchup against a Saints’ defense that has given up the 16th-most fantasy points per game to QBs (17) this season, but without Kupp, he has an even lower ceiling and is best left for those in two-QB and superflex leagues.

How Fox Sports’ Tom Rinaldi covered World Cup, Michigan vs. Ohio State and NFL games in insane 10-day stretch
Cardi B’s Sheer, Plunging Catsuit Is Covered in Tiny Holes
World Cup 2022 standings: Live updated table, points for every group in Qatar
Target Shoppers Are Obsessed With This $18 Quarter-Zip, and So Am I
The Witcher: Blood Original Trailer Teases a Deadly Battle, and a Familiar Face