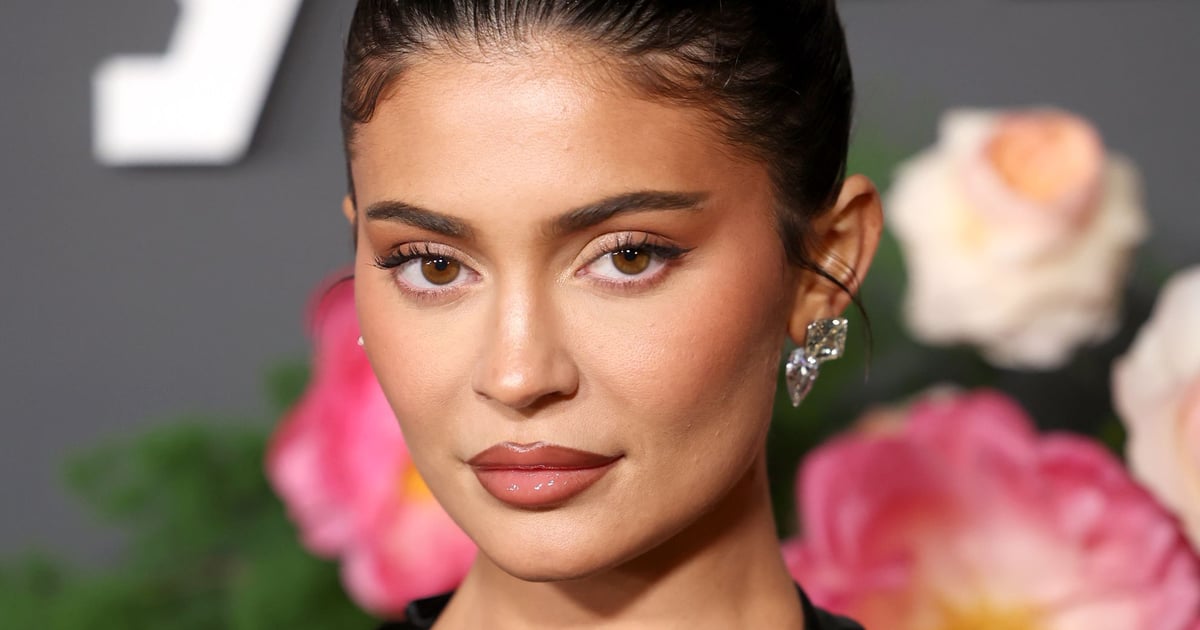 Kylie Jenner is back on the West Coast after a whirlwind trip to New York City last week, where she wore a vintage Thierry Mugler dress to the CFDA Awards. After celebrating at the Baby2Baby Gala alongside mom Kris Jenner and sister Kim Kardashian in Hollywood this past weekend, where she sported a custom Loewe gown, the 25-year-old beauty mogul enjoyed some R&R.

Lounging in bed on some white pillows, Jenner posed for a series of selfies in black lingerie. She wore a satin balconette bra with a delicately embroidered trim, put on full display by her open-front, plunging long-sleeved dress. Captioning the slideshow with a single rose emoji, Jenner stared into the camera with her dark, wavy hair falling loosely over one shoulder and her makeup appearing subtle and natural.

Jenner’s bra of choice has a retro appeal, not unlike her corset design from a few weeks ago, which she also spotlighted on her feed. She also continues to show her affinity for an all-black wardrobe as she embraces a notable fashion renaissance, which began during Paris Fashion Week.

Lately, even her off-duty looks have had an edgy tone, including the Prabal Gurung leather corset dress she wore with a sheer, floor-skimming blouse and the undone cardigan that she styled with pooling denim.

Whether you’re looking to show off your lingerie like Jenner or simply striving to update your underwear drawer with a touch of satin, scroll to shop similar bras that will help you achieve the same aesthetic.