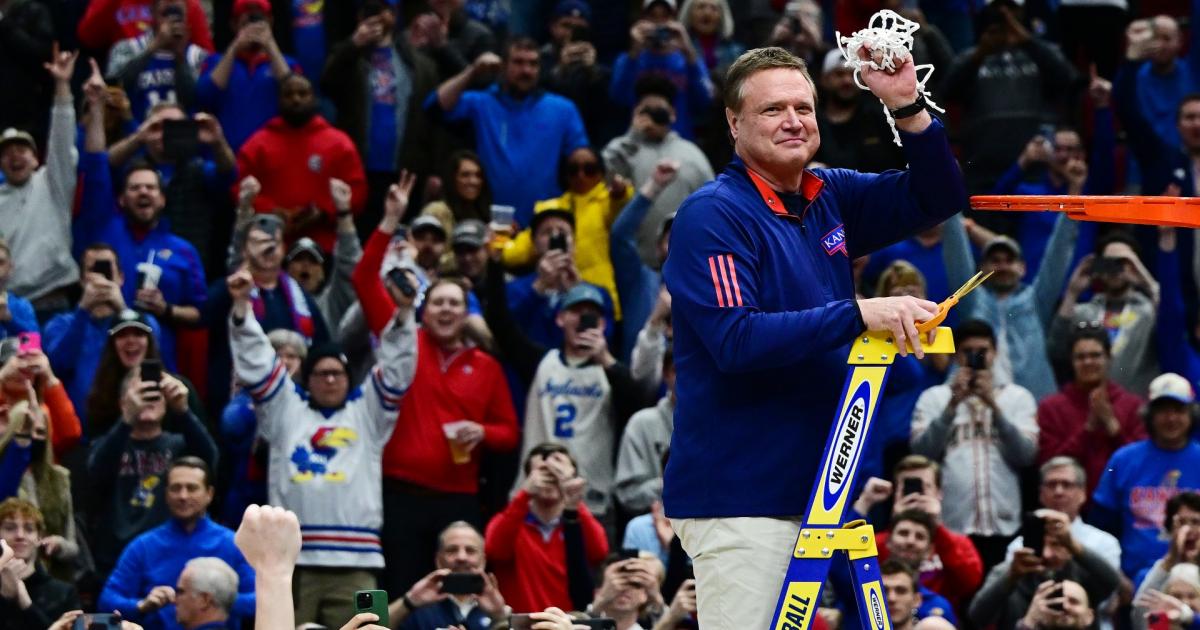 Bill Self climbed back to the top of the mountain last season, winning the second national championship of his career after more than a few March disappointments between the two.

Already a Hall of Famer, the title made Self one of 16 coaches in college basketball history with multiple national championships.

The two-time Coach of the Year still went into the offseason with an NCAA investigation hanging over his head, however. Ever since the FBI launched a probe into corruption in college basketball recruiting, Self and the Jayhawks have had to brace for potential punishment by the NCAA.

MORE: How Kansas made national championship history in win over UNC

The 2022-23 season could have begun with a coronation for Self, but he will absent from the sidelines for the Champions Classic and three more games while the Jayhawks try to find their identity early in the year.

Here’s what you need to know about Self’s absence and when he will return.

Where is Bill Self?

Kansas suspended Self and assistant coach Kurtis Townsend for the first four games of the season, self-imposing the punishment amid the NCAA investigation into alleged recruiting violations.

The investigation began in 2017, but Kansas took action this summer with the probe nearing a conclusion. The school held Self off the road during this summer’s recruiting period.

In 2019, the NCAA alleged Kansas had committed multiple Level I violations, including “recruiting improprieties.”

Kansas also imposed additional penalties, including a reduction of recruiting visits and scholarships. While the program ordinarily wouldn’t want to punish itself, Kansas is aiming to prevent the NCAA from imposing harsher penalties.

Self is missing the Jayhawks’ highly anticipated Champions Classic matchup with Duke, along with games against Omaha, North Dakota State, and Southern Utah. He will make his return against NC State on Nov. 23 in the Battle 4 Atlantis tournament.

Self is 16th all-time in total wins and trails only Phog Allen (590) on Kansas’ all-time wins list.