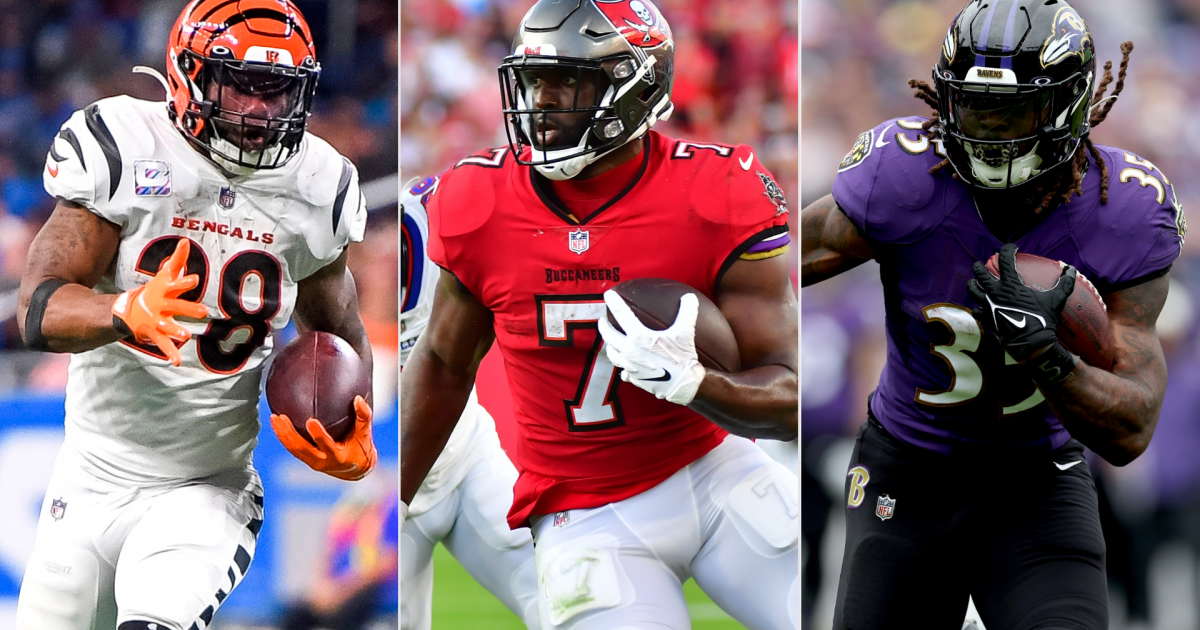 There are only a handful of fantasy-relevant RB injuries heading into Week 12, but for owners of Joe Mixon, Leonard Fournette, and Gus Edwards, knowing the injury updates will be crucial ahead of start ’em, sit ’em decisions.

Below, we’ll give you the latest news on these running backs and break down how their injuries could potentially affect the Week 12 fantasy landscape.

Mixon (concussion) missed practice on Wednesday while in concussion protocol, and he’s the definition of “questionable” ahead of Cincinnati’s Week 12 game against Tennessee.

If Mixon clears protocol, he’s a must-start despite the tough matchup against the Titans’ second-ranked run defense. If Mixon is out, Samaje Perine would start and be worth a flex spot given his projected volume.

Fournette (hip) was limited in practice on Wednesday, and afterward, coach Todd Bowles was non-committal about whether Fournette will play against the Browns.

Bowles also said he would “ride the hot hand” between Rachaad White and Fournette if Fournette plays. Against some defenses, that would make both backs risky flexes, but against a Cleveland defense allowing the second-most fantasy points per game to RBs, both are still in play. Given Fournette’s injury, White is the better option even if Fournette is active.

Just like last week, Edwards (knee, hamstring) started the week with a limited practice. He’s missed each of Baltimore’s past two games (with a bye week in between), so his status is truly up in the air ahead of the Ravens’ matchup against the Jaguars.

If Edwards is active, he figures to see the bulk of Baltimore’s carries as he did in the two games in which he played (27 touches). That’s enough to make him a solid RB2/flex. If he’s out, Kenyan Drake and Justice Hill will split snaps, and neither would be a particularly good flex option in a deep week.