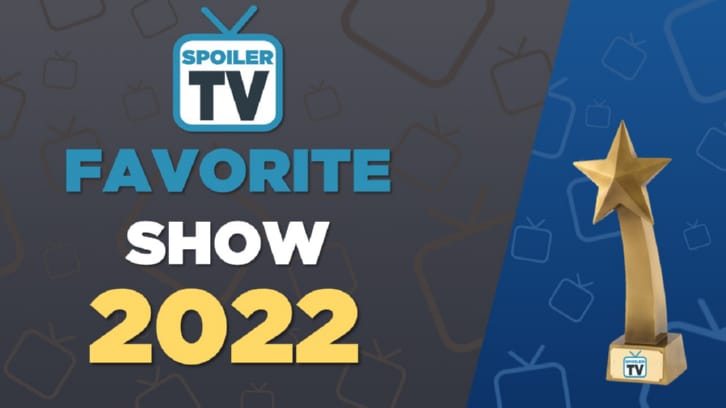 Update – 19 November: Blood & Treasure is considered a current show. This rule will apply to any show where the most recent season has aired in the last six months and has concluded airing but there has been no official word on a renewal or cancellation.

Welcome to the 13th edition of the SpoilerTV Favourite TV Series Competition! The observant among you will have noticed that it is not August, which is when we usually begin this competition, alongside the SpoilerTV Awards, Episode Competition and Character Cup. Well, my busy summer prevented me running it in the usual slot, and Dahne – who ran last year’s version so brilliantly – couldn’t either.

Instead, as we build up to the holiday season, complete with season and midseason finales, and all sorts of drama across the television landscape, we’re once again offering you the chance to vote for your favourite shows.

Of all the thousands of TV shows out there, we need you to narrow it down to just 64. Among those 64 will be an even split between current and finished shows.

There are a couple of really fun things about this competition. One is that you get to shout loud and proud about the shows that mean the most to you, that you love beyond belief, that you are desperate for everyone else to enjoy. The other is that it has become incredibly open – five different shows have won it in the past five years, four of them for the first time! The full ranking of every show to ever compete in the competition is viewable here.

The nomination rules are simple: submit two current and two finished shows. A current show is any show that has aired or will air episodes after 31 October 2022. So that means that, yes, Atlanta and The Good Fight, and The Walking Dead (series finale two days after nominations open) are all current shows.

I cannot stress enough how important it is to nominate in the correct category. If you submit in the wrong category, that part of your nomination will not count! Please ask in the comments if you are unsure which category your choice falls into.

Don’t submit the same show more than once in the same entry, as doing this means I will tally it zero times! Putting the same show multiple times into your nomination will not help its cause.

Similarly, please only submit the form once. Multiple entries by the same person all get removed. If you make an error in your submission, or wish to change your entry, simply leave a comment below.

Please note that only scripted, English-language shows; or non-English language shows covered by SpoilerTV are eligible for nomination.

Nominations will close on Friday 25 November, with the voting stage of the competition beginning the following Monday.

Notable shows (any others brought to my attention will be added to the top of the post and the bottom of the list):
Current – Atlanta, The Good Fight, The Walking Dead, Blood & Treasure

Don’t forget to cast your votes, spread the word of the competition, and most of all, tell us who you voted for in the comments below.