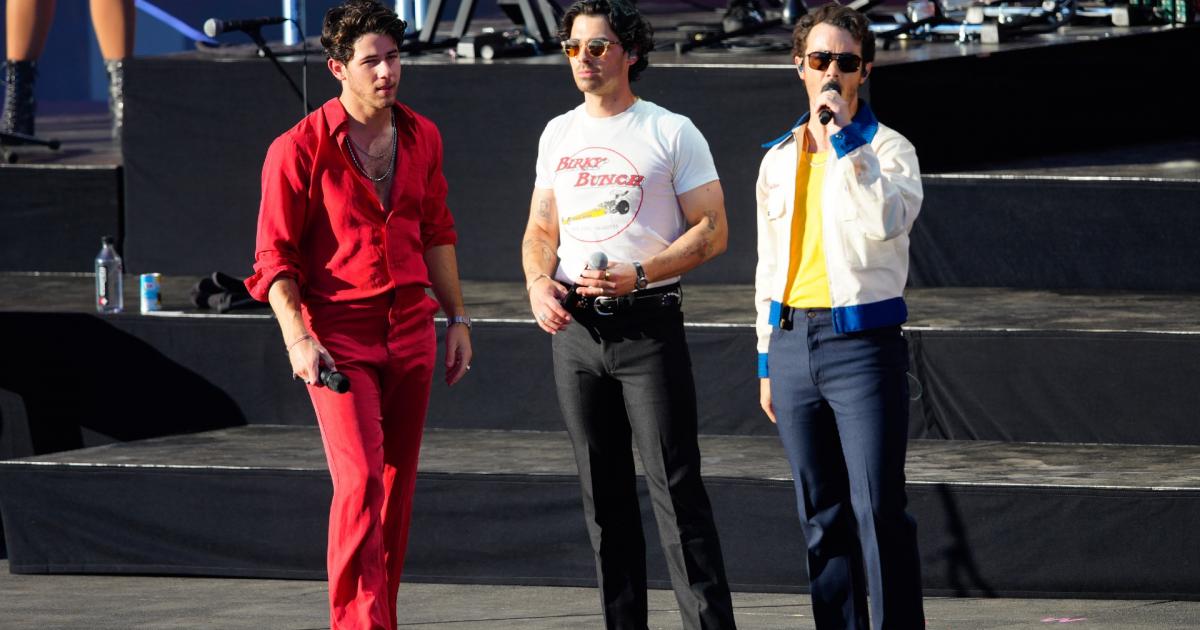 The Jonas Brothers displayed custom Cowboys jerseys when they announced they would be performing at halftime of the Giants vs. Cowboys Thanksgiving Day game, but they likely won’t be rooting for Dallas on Thursday.

While the Cowboys are hosting them, the Jonas Brothers are, in fact, longtime fans of the Giants.

That said, don’t expect the three stars to come out against the Cowboys. Nick Jonas was born in Dallas, and the Cowboys hosted the trio for a Thanksgiving halftime show in 2008.

It’s official! This Thanksgiving, we are performing the @SalvationArmyUS #RedKettleKickoff Halftime Show during the @dallascowboys game! Tune in live Nov 24th to help us kick off the season of giving. Game starts at 3:30 PM CT & you can watch on @NFLonFOX pic.twitter.com/OWpr437n7Z

This won’t even be the Jonas Brothers’ first Giants vs. Cowboys game. They posted a photo from the sideline when the teams faced off at AT&T Stadium in 2017.

Here’s all you need to know about why the Jonas Brothers are Giants fans.

Why do the Jonas Brothers root for the Giants?

Interestingly, all three brothers were born in different states. Nick was born in Texas, Joe was born in Arizona and Kevin was born in New Jersey. But they spent much of their younger years growing up in Wyckoff, N.J., just a handful of miles from the home of the Giants and Jets.

Though there are Texas connections in the family, the brothers have made it clear over the years where their allegiance stands.

Joe Jonas tweeted “Let’s go Giants!!” at the start of Super Bowl 46, when New York prevailed over Tom Brady and the Patriots.

Kevin Jonas tweeted a photo of he and his wife celebrating his birthday at a Giants game in 2019.

Go @Giants!! Thank you @daniellejonas for all the love on my birthday! pic.twitter.com/pRTJHMqMnP

In 2020, the Jonas Brothers made a video congratulating Andrew Thomas for being drafted by the Giants and welcoming him to the team.

The Jonas Brothers have good reason to root hard for the Giants on Thursday. A win would push New York above Dallas in the NFC standings and bring the Giants one big step closer to a playoff berth.

‘Die Hard’ Actor Clarence Gilyard Dead at 66
This Exfoliating & Hydrating Lotion Is a Game-Changer for Smooth Skin
Why is Bounou not playing for Morocco? Fans confused over late goalkeeper switch vs Belgium
World Cup yellow cards rules 2022: How many cautions before suspension at FIFA tournament in Qatar?
Why is Chad Johnson on the World Cup broadcast? Former NFL receiver ‘Ochocinco’ part of Fox Sports studio team for 2022