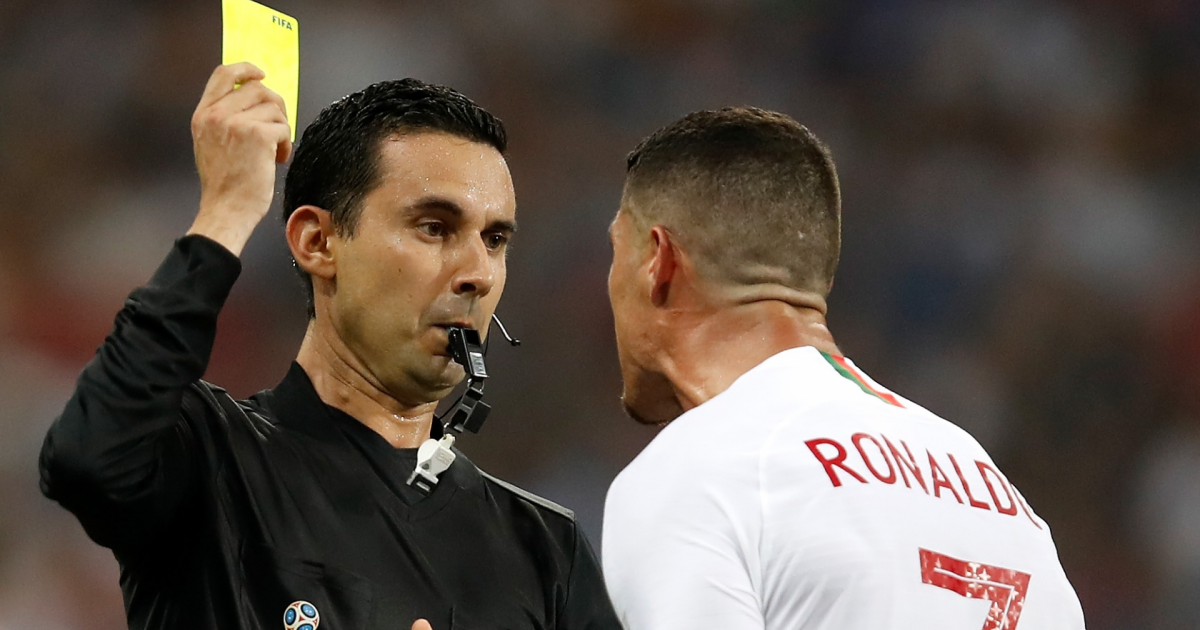 The FIFA World Cup is the most prestigious football tournament around the globe, happening once every four years.

With the stakes so high and the margins so thin at the World Cup, having the best players available and on the field to compete makes a huge difference for teams looking to secure critical results.

That means players will look to avoid picking up too many yellow cards (also called cautions or bookings), since absorbing cautions risks not only getting sent off in a match, but also being suspended for yellow card accumulation (picking up multiple cautions).

The 2022 FIFA World Cup will feature yellow card suspensions for those that accumulate too many bookings. As FIFA looks to dissuade players from committing yellow card offences, here are the rules for accumulating yellow cards at the tournament in Qatar.

MORE: How many substitutes at the 2022 World Cup?

How many yellow cards before suspension in World Cup?

A player who receives two yellow cards at the FIFA World Cup triggers an automatic one-match suspension for yellow card accumulation, according to the FIFA regulations for the 2022 tournament.

That triggers again every subsequent two yellow cards, meaning a player picking up four yellow cards would again be suspended for another match.

It does not matter what the yellow card is picked up for, only that a player earns a yellow card. It could be for a foul, unsporting conduct, dissent, time wasting, a handball, or anything else that would earn a yellow card.

Iran’s Alireza Jahanbakhsh became the first player to be automatically suspended for receiving two yellow cards. He got the yellow cards in two consecutive group matches, and the Feyenoord man will miss his team’s group finale against the USA.

Ecuador central midfielder Jhegson Sebastian Mendez also got a second yellow card in as many games and will sit out his team’s decisive match against Senegal on Tuesday.

However, the count resets after the quarterfinals and the slate is wiped clean, meaning that any semifinal participants would not risk missing the final due to yellow card accumulation.

Only a red card in the semifinal, either directly or via two yellows, would cause a player to be suspended for the final.

Lastly, any suspension that cannot be served during the 2022 World Cup will be carried over to that team’s next official FIFA-sanctioned match.

MORE: Record for most goals scored in a World Cup match

At the 2022 FIFA World Cup in Qatar, players will be looking to compete hard for international glory, and sometimes that can inevitably draw yellow cards.

The Sporting News will be tracking yellow cards at the 2022 World Cup to determine which players are in danger of triggering a suspension for yellow card accumulation by receiving a second.

There have been 66 caution cards shown as of the November 26 Tunisia-Australia match.

The FIFA World Cup introduced yellow and red cards at the 1970 tournament.

The World Cup with the most yellow cards was the 2006 World Cup in Germany, which saw 373 cards handed out, including 345 yellows and 28 reds, both of which are World Cup records.

Oddly enough, that 2006 FIFA World Cup featured the only time a player has received three yellow cards in one World Cup match. A second yellow card is supposed to, by rule, trigger an automatic red card, with the player sent off. However, referee Graham Poll mistakenly forgot to send Croatia’s Josip Simunic off after he earned a second yellow card, allowing him to stay on the field. Simunic would allow Poll to make no mistake, picking up a third yellow card just three minutes later and earning his deserved red.

That 2006 World Cup also featured an infamous Round of 16 match between the Netherlands and Portugal, known as the “Battle of Nurnberg.” Refereed by Russian official Valentin Ivanov, the match featured 16 yellow cards and four red cards, including nine yellow cards by the Netherlands. All of those numbers are World Cup records.

The most yellow cards ever issued in a FIFA World Cup final was a whopping 14, which were distributed by referee Howard Webb at the 2010 World Cup final in Johannesburg, in which Spain defeated the Netherlands 1-0. Nine were given to the Netherlands, including two to John Heitinga, while five were picked up by Spain. The second-highest was six in the 1986 World Cup final between West Germany and Argentina.

MORE: Players who have scored hat tricks at the World Cup

Players with most yellow cards in World Cup history

Argentina’s Javier Mascherano has the unwanted title of being the player with the most World Cup yellow cards in the competition’s history. He earned his seventh and final booking in his last World Cup match, booked as Argentina fell to France 4-3 in the 2018 World Cup.

The following numbers include only yellow cards, and do not include red cards.

MORE: How VAR works at the World Cup

Teams with most yellow cards in World Cup history

Germany has collected the most cards, and most yellow cards, in FIFA World Cup history, with cards issued for unsporting behavior since 1970.

Argentina and Brazil sit second and third, with the Netherlands in fourth.