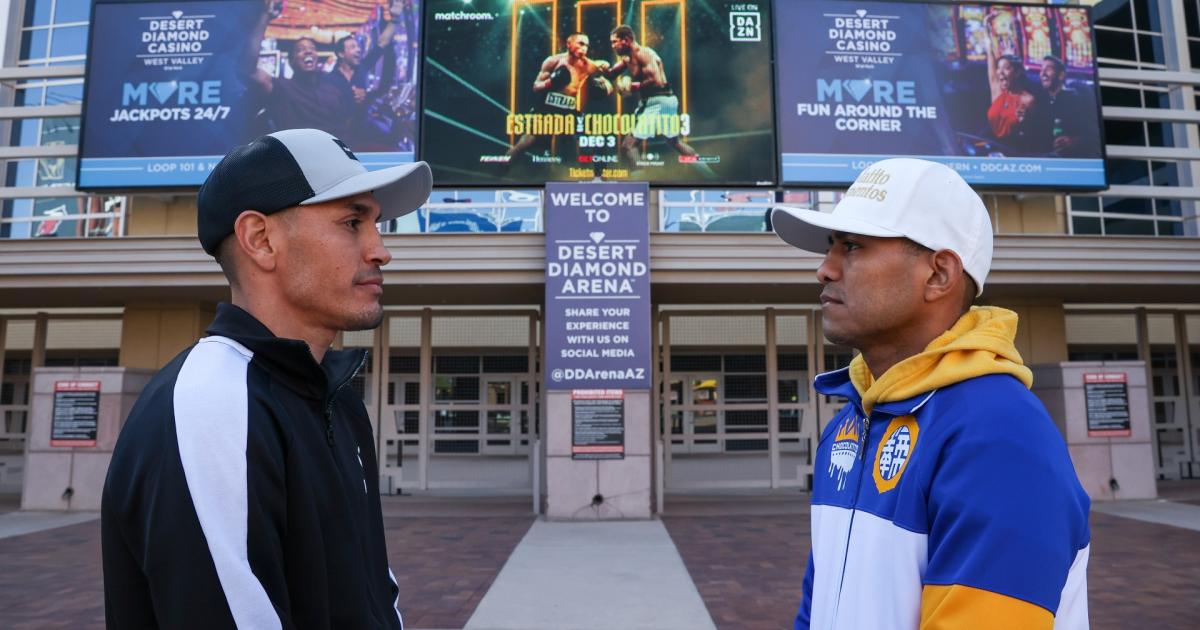 Mexico’s Juan Francisco Estrada and Nicaragua’s Roman Gonzalez have shared 24 rounds together, and there isn’t a boxing fan worth listening to who’s complaining about the potential of seeing another twelve. The pair collide for Estrada’s Ring Magazine junior-bantamweight championship on December 3 in a bout that will be broadcast globally by DAZN.

On November 17, 2012, the pair threw down for Gonzalez’s WBA junior-flyweight championship at the Sports Arena in Los Angeles. At his pomp, Gonzalez was rarely tested, but Estrada boxed brilliantly that night and enjoyed plenty of success. The super-skilled challenger made a big impression despite dropping a 12-round unanimous decision to the great “Chocolatito”.

However, the fight, which Estrada won by a 12-round majority decision, became marred by a 117-111 (nine rounds to three) card in his favor. There’s no way either fighter won by that margin, and it’s a shame that an official produced such an inept performance. Offending judge Carlos Sucre was temporally suspended by the WBA but is now back working title bouts.

“It’s very difficult because you put absolutely everything into it, and you feel that the fight is very close,” Gonzalez (51-3, 41 KOs) said during a media conference call. “You’ve given the best performance of your life and you feel everything was worth it. It was a very bad feeling that I went away with. To have performed so excellently and have it taken out of your hands like that.

“In the end, the result was nobody’s fault. We both did our work really well, and fortunately, we both came out of that fight healthy. I say hello to him (Estrada), and there’s no issue whatsoever. Boxing is about meeting people, and I’m blessed to have met him.”

When the scoring controversy from the second fight was presented to Estrada, the defending champion intimated that it was merely a case of what goes around comes around.

MORE: All you need to know about Estrada vs. Gonzalez 3

Very true, and the great thing about the rivalry being 1-1 is that we’re seeing it again. There have been so many horrible disappointments with super fights falling through that boxing is in dire need of an upswing. Leave it to the legendary 115-pounders to save the day and remind everyone why we love this sport.

Before the conference call ended, Estrada was asked for his thoughts on fans being deprived of super fights in other divisions. The standout matchup mentioned was the obvious one: Errol Spence vs. Terence Crawford – the undisputed welterweight championship fight that has been gathering dust in the fantasy section for years.

MORE: How to bet on combat sports

“We look at those guys, and that’s [a division] where the big money is,” Estrada (43-3, 28 KOs) said with a smile. “[Gonzalez and I] have to face each other and put on a show, so that we can earn – not as much as them – a little bit of the pie. We know we have to put on a great show and be in really hard fights to get those purses.”

What a refreshing take! Are you listening, “Bud” and Errol?