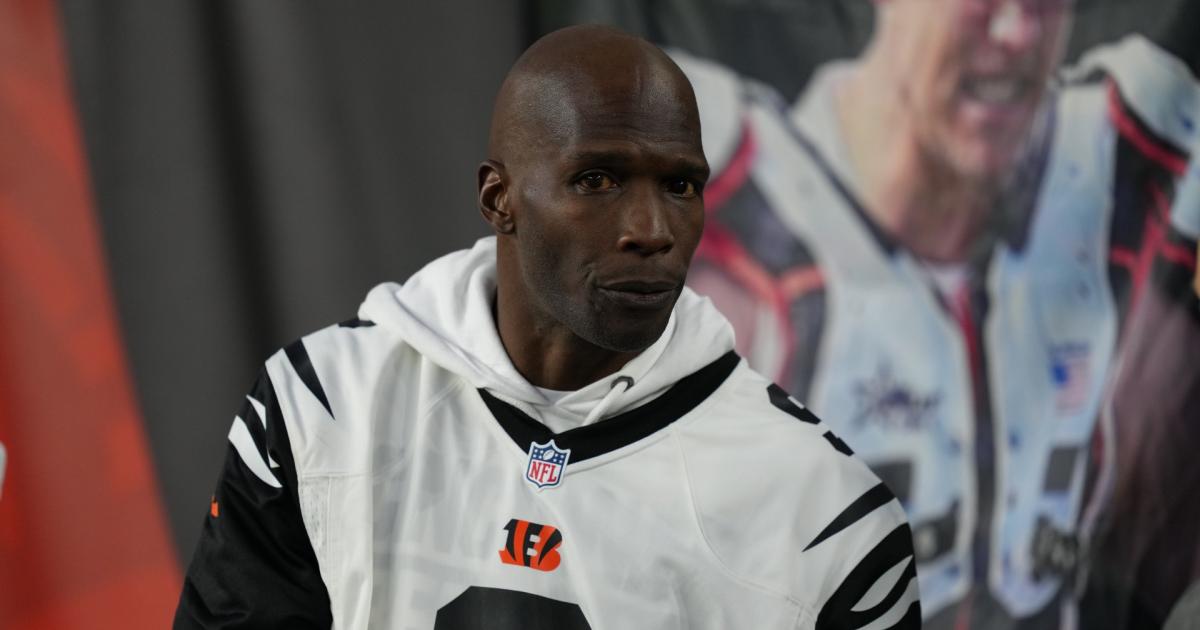 Fans in the United States may notice a familiar face during Fox coverage of the 2022 FIFA World Cup in Qatar.

That familiar face, former NFL wide receiver Chad Johnson may seem out of place. Wrong football, it would seem.

But no, Johnson did not get lost and wind up in Qatar. The 44-year-old former NFL star is a massive soccer fan and follower, and was invited to join the Fox World Cup coverage as part of their highlight and recap show “FIFA World Cup Tonight.”

So how did the man formerly known as “Ochocinco” end up doing soccer television coverage? The Sporting News brings you all you need to know about Chad Johnson and his connection to the game of soccer.

MORE: Get to know all 26 players on the United States roster for the 2022 FIFA World Cup

Why is Chad ‘Ochocinco’ Johnson on World Cup TV broadcast?

Former NFL wide receiver Chad Johnson has been a massive soccer fan his entire life, and was invited by Fox to join their World Cup analysis team on-location in Qatar.

Throughout his NFL career and now even more so into retirement, he has been a big proponent of the sport. He tweets regularly about watching European games.

Just days before the World Cup, Johnson posted a photo of himself playing futsal with Atlanta United star Josef Martinez, although a follow-up post a few hours later humorously indicated that it was a “humbling experience.”

Johnson has also publicly pushed his self-proclaimed expertise at the FIFA video game.

I have a rest & relaxation day from the gym today, i would love the opportunity to kick your ass in FIFA, yes you reading this 🎮

Who is Chad Johnson?

Chad Johnson is a former NFL wide receiver from 2001-2012 who primarily played for the Cincinnati Bengals, while also spending time with the New England Patriots and the Miami Dolphins.

Johnson was known for his fiery attitude, his outspoken personality, and his flashy persona. Johnson would often run afoul of both NFL executives and the media for his comments and actions on the field.

In 2003, Johnson, already famous for his questionable stunts, celebrated a touchdown by pulling a sign from a snowbank in the end zone that read “Dear NFL: Please don’t fine me again.” Johnson was fined $10,000 for the stunt.

Before a game in 2004, Johnson shipped opposing Browns defensive backs jars of Pepto-Bismol because “I’m going to make them sick.” During the 2005 season, Chad Johnson made headlines for hanging a list, titled “Covered 85 in ’05,” in his locker that featured names of defensive backs that had bested him during that season.

Johnson has also continued to make headlines off the field, both during his NFL career and after it. He was a contestant on “Dancing With the Stars” in 2010. He was paired with paired with two-time champion Cheryl Burke and reached the final four of the competition. Johnson was a guest host of WWE Raw in 2013, and rode during intermission of a Professional Bull Riding competition in 2011. In 2021, Johnson appeared in an exhibition fight on the undercard of the boxing match between Floyd Mayweather and Logan Paul.

Before the 2022 World Cup, Johnson made headlines on a trip to Qatar. His social media persona since retirement has morphed into a conglomeration of soccer fandom, a “one love” mentality, and an obsession with McDonald’s. It’s that second characteristic that got him in trouble, as he said he was reprimanded for a “display of affection” not minutes after landing at the Doha airport.

I just got reprimanded (warning) in Qatar for showing display of affection in the airport, had no idea it was frowned upon, people had me nervous like i was going to jail 🥺

Chad Johnson does have some experience on the field, as Fox noted in its September press release unveiling its 2022 World Cup broadcast team:

“Johnson played soccer competitively growing up until attending Miami Beach Senior High School. His passion for soccer has grown exponentially since then as both an avid fan and constant consumer of the beautiful game worldwide.”

In addition to his high school experience, Johnson had a six-day trial with MLS side Sporting KC in 2011 during the NFL lockout, playing 40 minutes in a friendly against local club Kansas City Brass.

After his retirement from the NFL, Johnson also played for Boca Raton FC of the United Premier Soccer League in 2018 and 2019, and he also has made occasional appearances in celebrity exhibitions.

Why is Chad Johnson nicknamed “Ochocinco”?

When Chad Johnson played in the NFL, he primarily wore number 85.

During the 2006 season, in a postgame interview, Johnson announced he wished to celebrate Hispanic Heritage Month (Sept. 15-Oct. 15) by answering only to “Ocho Cinco,” which translates to “eight-five” in Spanish.

Prior to that game during warmups, fans and media noticed he had put a velcro nameplate over the “Johnson” on the back of his jersey. Bengals quarterback Carson Palmer eventually ripped it off, and Johnson was fined $5,000 for the act.

The nickname stuck, and he attempted to make it permanent in 2008 by legally changing his last name to Ochocinco so the NFL had to let him put the nickname on the back of his jersey.

“It’s something I don’t think anyone has ever done before,” Johnson said at the time, per ESPN. “Have I ever had a reason for why I do what I do? I’m having fun.”

Though Ochocinco became Johnson’s official name in 2008, he waited until 2009 to put it on the back of his jersey. If he hadn’t done that, he would’ve had to buy the remaining inventory of “Johnson” jerseys in Reebok’s stock.

Just a few years later, Ochocinco changed his last name back to Johnson so his wife Evelyn Lozada’s last name could be changed to “a real name and not the fun ‘Ochocinco’ character we have come to love.” The two filed for divorce after three months.