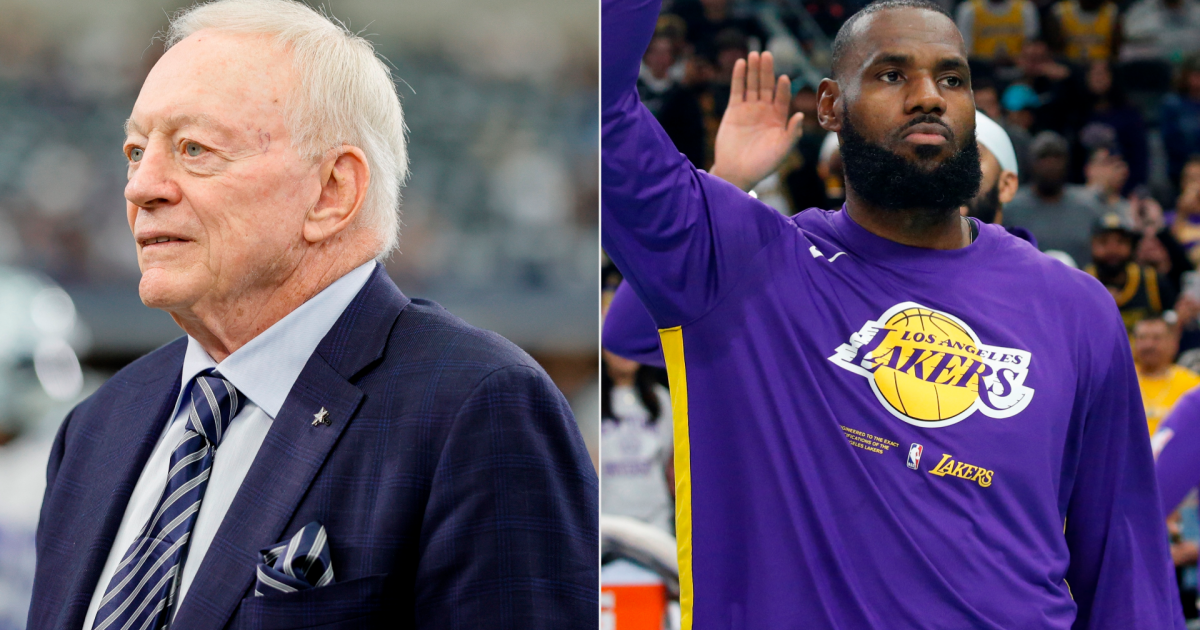 While LeBron James seems to be done with Jerry Jones and the Cowboys, the Dallas owner won’t let it stop him from heaping praise on the NBA icon.

A photo showing Jones present during a protest against segregation when he was 14 years old was brought back under the spotlight on Wednesday by James, who asked reporters why they were asking him questions about Kyrie Irving rather than Jones.

On Friday, Jones addressed the comments but refused to say anything negative about the Lakers star.

“I don’t know of anybody I respect any more,” Jones said about James during a radio interview with 105.3 The Fan. “He not only is an absolute great ambassador for sport. He has taken sports, he’s taken his venues and used those platforms,” Jones added.

James didn’t necessarily call out Jones in his comments Wednesday, but he did say he felt the photo was being “buried” and told reporters he was “disappointed” they hadn’t asked him about it, asking them to bring the “same energy” as they did when asking about Kyrie Irving.

MORE: Jerry Jones photo controversy: Why Cowboys owner is under fire for 1957 picture in Little Rock

James and Jones are far from strangers. The pair have been pictured together on multiple occasions, and James said for several years that he was a Cowboys fan.

In October, however, James revealed that he is now “all in” on the Browns because he didn’t like the way the Dallas handled players’ protests during the national anthem.

The photo, which leaked last month, shows a young Jones looking on while protestors attempted to block Black students from entering a school. Jones told reporters, “I didn’t know at the time the monumental event really that was going on,” and said he was simply curious.

Jerry Jones on the photo from the Washington Post showing Jones at a protest of integrating schools in Arkansas pic.twitter.com/7XZLEFkchz

Reporters didn’t ask James about the photo, but they did ask Dak Prescott, who said Thursday that he “believes in grace and change” but added Jones was better equipped to answer questions about the photo.