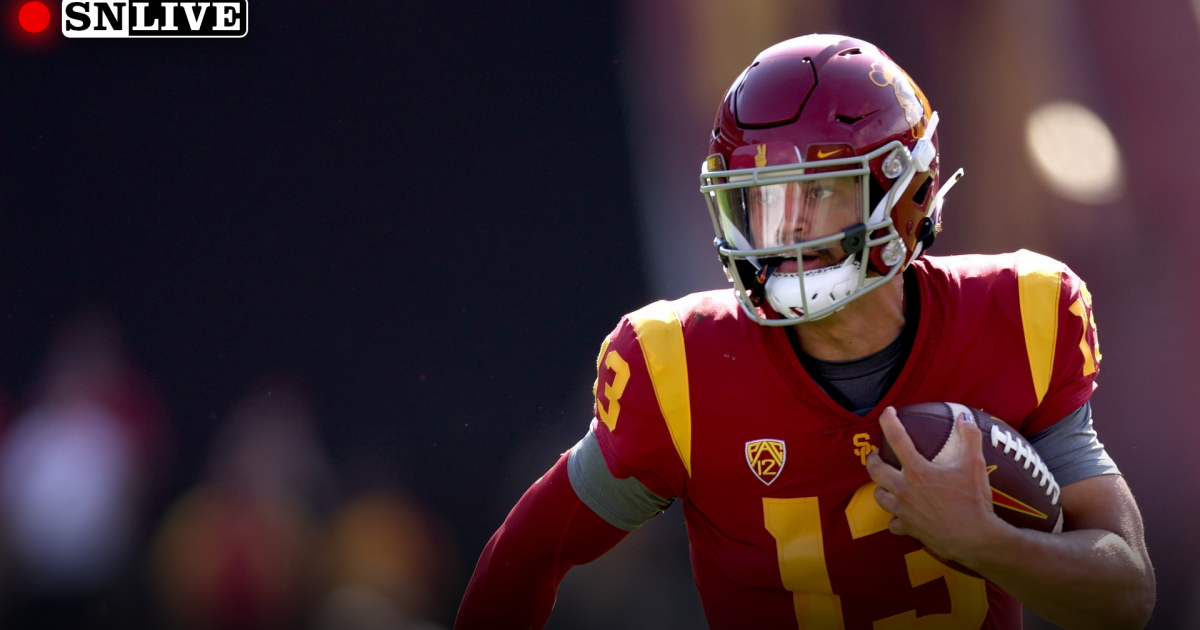 The Pac-12’s days as the “Conference of Champions” have been numbered for a while, especially with heavyweights USC and UCLA slated to join the Big Ten in 2024.

What better way for the Trojans to go out than on top? They have put together a remarkable campaign in 2022, led by Heisman hopeful Caleb Williams, and they can secure a spot in the College Football Playoff with yet another Pac-12 title.

A conference championship would do wonders for Williams’ legacy in addition to putting the men of Troy one step closer to returning to the top of the college football totem pole — a place they feel they richly deserve to be.

The Utes delivered a shock to USC’s system in Week 7, handing the Trojans their only loss of the season in a 43-42 barnstormer. Revenge is dish best served cold. And no one has appeared as cool under pressure as Williams.

If USC and Lincoln Riley can get their hands on the Pac-12 trophy, they’ll be that much closer to the program’s ultimate goal. Relevancy isn’t enough.

The Sporting News is tracking live updates from this year’s Pac-12 championship game. Follow here for highlights, results and more as USC and Utah meet Friday night at Allegiant Stadium in Las Vegas, home of the Raiders.

10:33 p.m.: Everything is getting a little more rushed for Williams. After taking another sack, the Trojans are forced to once more punt the ball back to the Utes. Not ideal.

10:29 p.m.: TOUCHDOWN! Rising makes the Trojans pay! He slings the ball into Money Parks grasp, who does the rest, crossing through the defense before finding the end zone from 57 yards out. Beware of the big play.

10:27 p.m.: Rising fires a pass toward the sidelines and it’s…nearly intercepted by Mekhi Blackmon! The senior gets his mitt on the errant throw, but it fell harmlessly out of his hand. Unfortunate for the Trojans.

10:23 p.m.: Utah’s defense holds firm, putting Williams on the canvas. After yet another three and out, the ball is headed back to Utah.

10:18 p.m.: That vaunted Trojans defense flexed its strength on the opening possession, stuffing Utah en route to a three and out. That’s got to be encouraging given the Utes’ success moving the ball at the end of the first half.

End of first half

9:50 p.m.: While the Trojans seemingly appeared unstoppable to start the game, the second quarter belonged to the Utah Utes. Knowing what’s at stake, Utah climbed back from a 14-3 hole at the end of the first quarter to tie the game at 17 at the half.

While Utah bled the clock on the majority of their drives in the first half, their final one went 81 yards in 1:38, ending in a Cameron Rising touchdown pass to Jaylen Dixon.

UTAH. FOOTBALL. IS. HOT. 🔥@Utah_Football TIES IT UP RIGHT BEFORE HALF! 🙌 pic.twitter.com/ePw8twQHFT

9:28 p.m.: The Utes muscled their way down the field, using their run game to earn a much-needed answer and cut into USC’s lead, going 63 yards in 6:33 ending in a Ja’Quinden Jackson run for 8 yards and a touchdown.

9:17 p.m.: USC was unable to capitalize off the turnover. With the drive stalled and in no-man’s land– too far for a field goal, but not enough room to punt it– the Trojans were unsuccessful in their 4th down attempt. Utah takes over near midfield.

9:14 p.m.: The Utes can’t catch a break. Cameron Rising completed a pass to Jaylen Dixon for 19 yards, in which Dixon promptly fumbled it and was recovered by USC Bryson Shaw.

9:08 p.m.: The Trojans cannot be stopped to open the game. After a quick 3-and-out for the Utes, USC moved down the field with ease. Their effort to find the end zone fell short, however. Lincoln Riley called the offense off the field, electing for a field goal, increasing his team’s lead.

8:52 p.m.: Caleb Williams was evaluated in the medical tent with a hand injury. He cut it on the helmet of a teammate during the follow-through of a pass. Williams returned at the start of USC’s next possession.

8:50 p.m.: For the second time in two possessions, USC went for it on 4th down. This time, the Trojans did so knocking on the door of the end zone. Once again, Caleb Williams answered the call, connecting with Raleek Williams for a 4-yard strike.

TOO EASY 😤 @uscfb decides to go for it on 4th and 2 and @CALEBcsw
delivers the TD pass! pic.twitter.com/qwOS0dqSef

8:44 p.m.: On their first possession, Utah marched down the field, but USC’s stout red zone defense kept the Utes out of the end zone. Jadon Redding put three points on the board for Utah, ending a 12 play, 68 yard drive, which took 5:18 off the clock.

.@CALEBcsw hits @tahj_washington for the Trojans’ first score of the day!

8:27 p.m.: Big play hunting by Riley and the men of Troy! Williams connects with Tahj Washington for a 48-yard gain! There’s that Heisman-caliber arm shining through!

8:25 p.m.: Williams gets the first down! Big show of faith by Riley and the Trojans coaching staff.

8:24 p.m.: Lincoln Riley already showing some ambition. He’s got the offense back on the field for fourth down. We’ll see how this goes.

8:23 p.m.: A pair of intermediate gains puts USC in a third and short situation.

8:22 p.m.: Williams with a spicy ten yard scramble to start the proceedings. Showing off the wheels early.

8:17 p.m.: USC is on the field! Caleb Williams is hoping to cap off a phenomenal season with a Pac-12 title — and a College Football Playoff appearance.

8:14 p.m.: The Utes are out on the field! Fourth ever Pac-12 title game appearance. They’ll be hoping to capture their second straight conference championship.