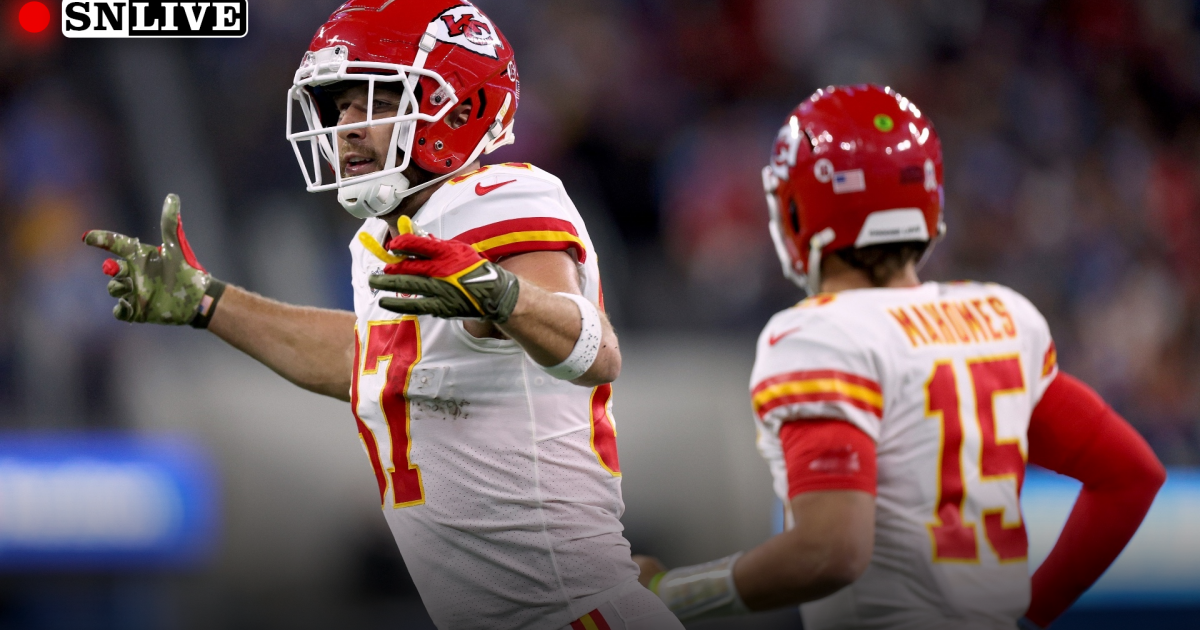 Two of the AFC’s biggest and brightest stars are set to duel in a game with serious playoff implications.

Patrick Mahomes and the Chiefs face Joe Burrow and the Bengals on Sunday afternoon, a rematch of last year’s cagey affair that saw Cincinnati punch a ticket to its second-ever Super Bowl.

Ten months later and not much has changed. The two teams still sit at the front of the pack in the AFC, with Mahomes having no trouble after Tyreek Hill’s departure to emerge as the MVP frontrunner. Burrow, meanwhile, continues to go from strength-to-strength, putting a putrid four-pick performance in Cincy’s season opener in his rearview mirror. Since Week 2, he’s thrown 21 touchdowns to just four interceptions.

All of that puts both teams on a collision course, one that could quite easily reveal itself once more in the postseason. One way or another, Sunday’s clash should offer a glimpse at just how serious both teams look, especially as we head toward the season’s crescendo.

The Sporting News is tracking live updates from Sunday’s game at Paycor Stadium. Follow along for occasional updates and highlights and the Bengals and Chiefs clash once more in a battle between AFC heavyweights.

5:37 p.m.: Samaje Perine stuffed at the line of scrimmage on second and short. Sets up the third and a yard for the Bengals’ offense, which is hoping to bag yet another touchdown and keep the good times going.

Chiefs vs. Bengals will kick off at 4:25 p.m. ET on Sunday, Dec. 4. The game will take place at Paycor Stadium in Cincinnati, Ohio.

What channel is Chiefs vs. Bengals on today?

Chiefs vs. Bengals will be broadcast regionally on local CBS affiliate stations. CBS’ top broadcast team, Jim Nantz (play-by-play) and Tony Romo (color analyst) will be on the call from Cincinnati.

Viewers in the United States can stream Chiefs vs. Bengals on fuboTV, which offers a free trial.

Canadian viewers can stream the game on DAZN, which carries every NFL game.